I masked the LEDs on the arc grenade off, then sprayed the whole thing with a rough silver coat that is apparently intended for hubcaps or something. It gave the grenade a bit of a rough finish, which is what I’m after in this instance because it’s mass-produced military hardware. The plugs were wrapped in tape after this step, which was actually less tedious than I thought it was going to be.

I laid down a few coats of Duplicolor Electric Blue over the top of the grenade, then masked the rim line around the top. The handle got the same treatment.

I started adding some washes overtop of the green once I thought it had dried sufficiently (overnight), using burnt umber oil paints thinned with mineral spirits. Unfortunately…

… the green coat started coming right off, even through the matte sealer. Woops. Fortunately, I have plenty of appropriately-colored miniature paints from my wargaming days that matched the body of the grenade, so I stippled those on manually over the spots where the blue was showing through.

It’s not perfect. It’s far from it. I’m not very good at painting these days. Still, it’s done!

Data Knife is next on the list of things to finish. 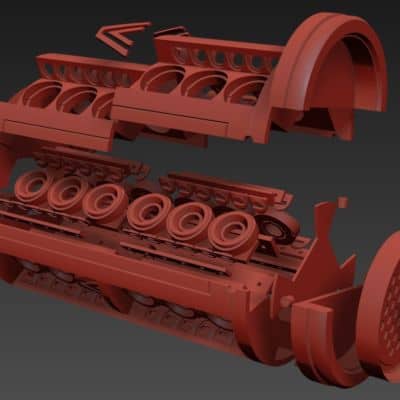 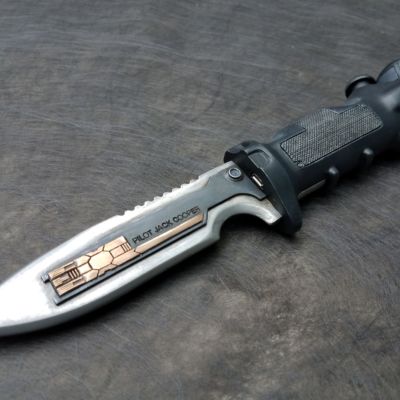 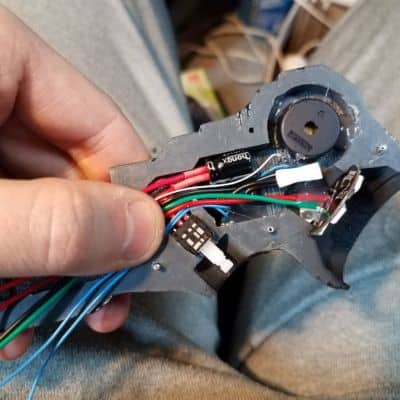