I wanted to share what I hope is a nice little surprise: We’ve made collectible boxes to ship the finished items out in! We ordered dielines from Packlane for boxes that would be big enough for us to lay the knives lengthways with the display stands. These are 13″ x 5.5″ x 3″ in dimension and are printed on solid white corrugated cardboard. We’ll probably be wrapping them in brown paper for the ultimate shipping. We figured we were going to have to get some decent boxes to send these things out in, anyway, so we decided to chip in a little extra and design something you’d be happy to put on a shelf on display near the finished item. 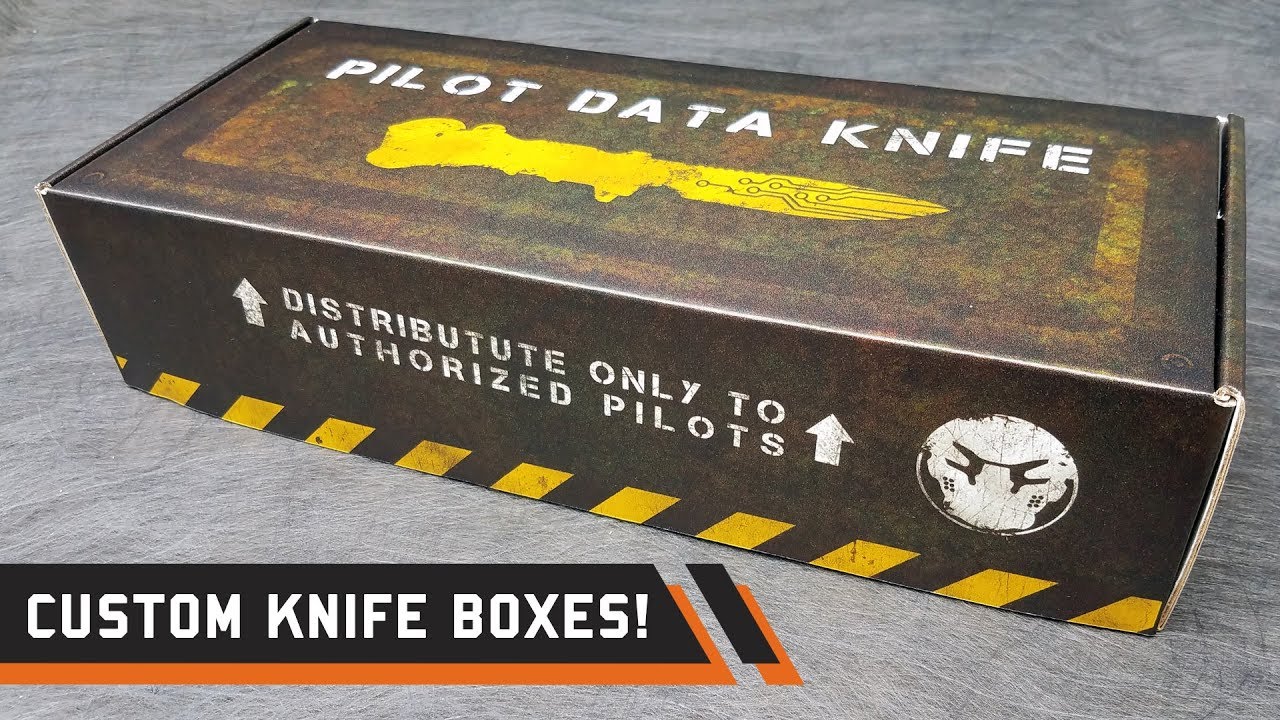 We’ve been hard at work getting the first limited run of data knives put together, and we’re nearing the home stretch. Casting and the bulk of the electronics work has been finished, and we’re at the assembly and painting stage.

I’m shooting to have everything for the first batch of knife orders done and shipped out before the end of the month, with a couple of extras to spare afterwards for late-comers. I’ve been kicking around the idea of putting a kit together for these for folks who want to assemble their own, but that would also require writing an entire tutorial on how to put them together, which I may not have the time for.