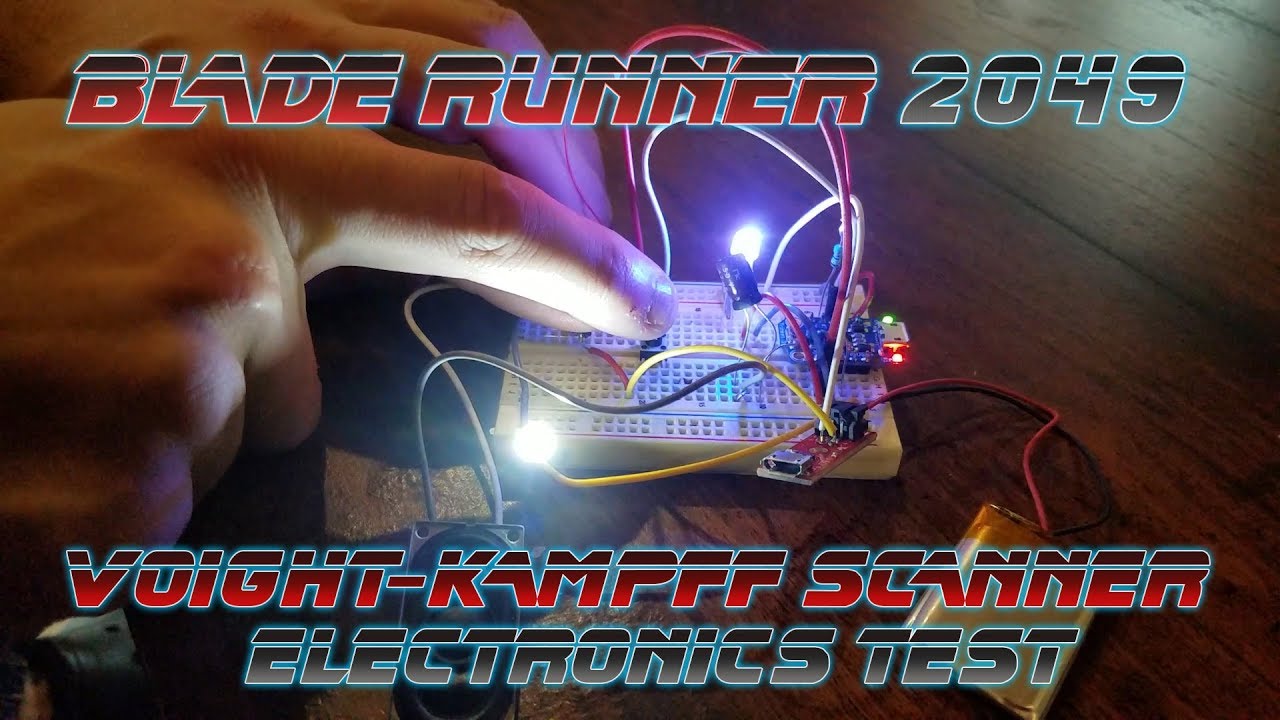 I had time to rig up a quick test of the initial Voight-Kampff electronics setup. I have had a bunch of projects where I have prototyped something on a larger arduino (i.e. an Uno) running off USB power that have totally failed to work right when finally implemented on the smaller arduino I plan on using in the item. Usually this is caused by differences in libraries and microprocessors, but it can even be something as basic as the difference between running off a wired power connection versus a battery. Where possible, I like to use the actual intended elements as I go so that I can ensure that everything will work when I piece it all together.

After my last post, the folks at Tested.com put up a video on Youtube in which Adam Savage gets to go hands-on with the props from Blade Runner 2049. The portable Voight-Kampff scanner happens to be one of those very props, and they demonstrate the practical effects it had during the filming! 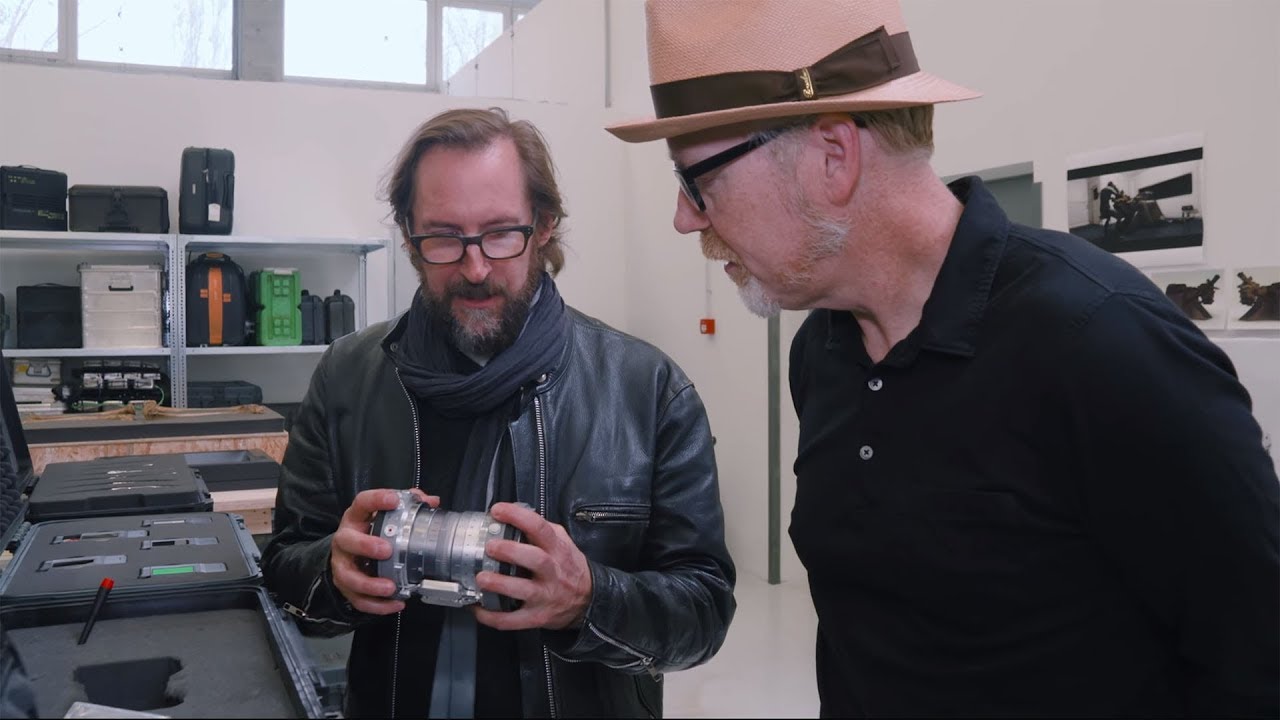 A few takeaways from this. First, it looks like the scanning LED color change flips between blue and white.

But you know what… where the hell does the red come from in these pictures?

On his face, and again on his thumb. I’m only seeing a strobe between blue and white, that red SMT LED on the side is nowhere near bright enough or directed enough, and I don’t see any other sources. Is it the button itself?

The test circuit video I have at the top of this post is interesting to me in that it also demonstrates that with an RGB LED, you do get little pulses of red in the mix. This might be because an RGB LED creates white by turning Red, Green, and Blue to high together, whereas something like an RGBW LED has a separate white element that you can avoid that color toning with. I think my test circuit pattern is close to accurate, though.

I’m also rather pleased with what I’m seeing in this video also because the screens are clearly nonfunctional. There’s one of them in that box with a green screen, but I don’t think they ever actually did anything on the display of the prop other than have it illuminate white. My whole approach at this point was to simply put some white surface mount LEDs to light up the screen, as I couldn’t find a reasonable TFT or OLED display the right size that I could cram into this thing without also obstructing the spring-loaded opening action. If nothing else, it’s nice to know I am approaching this the same way as the guys who made the production props.

It is pretty clear to me from reviewing it that my slide mechanism is too wide. I wish I had some way of CNC’ing or laser cutting aluminum sheets so I could make it out of proper material.. my plan is still something involving printing and then maybe doing cold-cast aluminum instead for those rails. We’ll see.

Also noticing some rows of pinholes at the bottom on one of the hatches – looks like a good place to position a speaker for the start-up whine, if you ask me!

Animation and Other Tricks