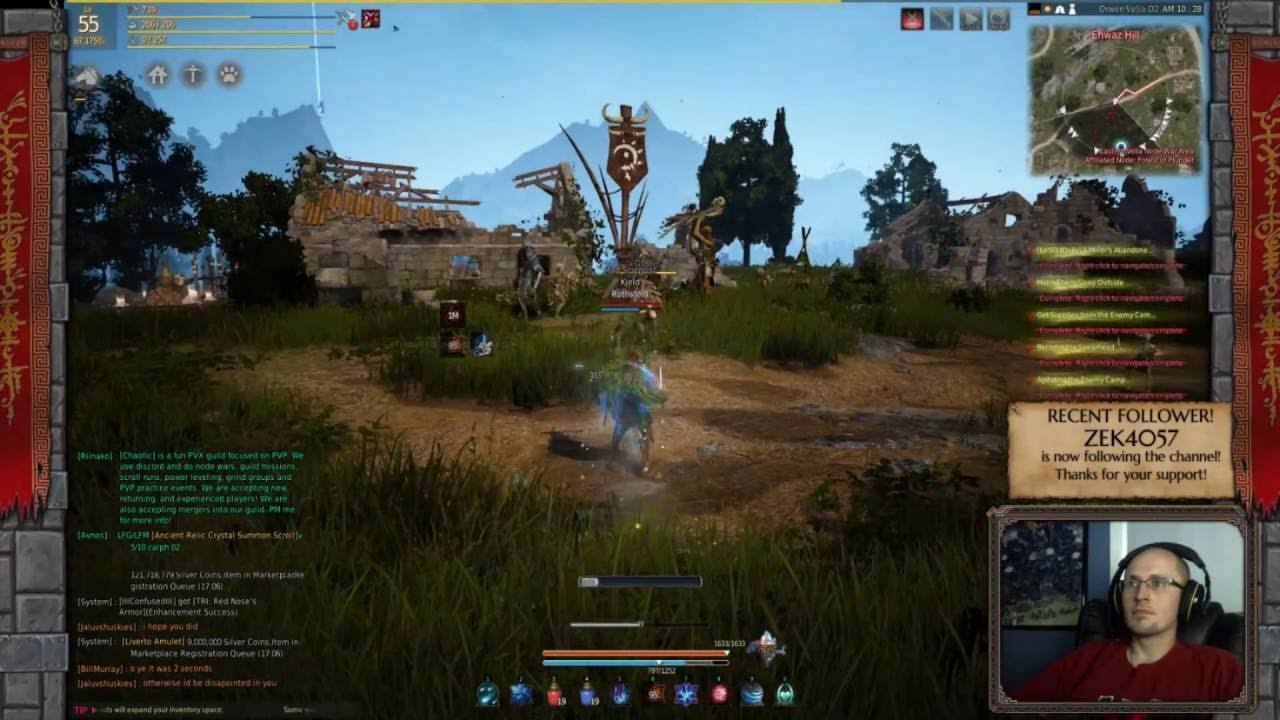 Black Desert Online and I had a brief fling during the summer of 2016, right around the time of the game’s American release. It was an interesting game largely because a lot of the mechanics were left unexplained and the player base had to struggle, compete, or cooperate through figuring a lot of it out. Because I was streaming a lot of it, I decided I needed a high-fantasy-esque medieval overlay to accompany the game’s Tuscany-esque setting.

Both banners were connected to a controller in after effects to make them sway roughly in the same fashion, as though they were both affected by a breeze. They were done on separate layers so I could tuck elements between the ‘wall’ and ‘banner’ graphics if I needed to, as the initial idea was to have some pop-outs emerge from behind the banners.

The follower animation was specifically tailored to this overlay. The game features an NPC called the “Black Spirit”, who functions as your tutorial guide and plot-wise antagonist. He evolves through multiple forms, but one of his renditions in the early stages of the game is a small sooty cloud with red eyes and teeth.