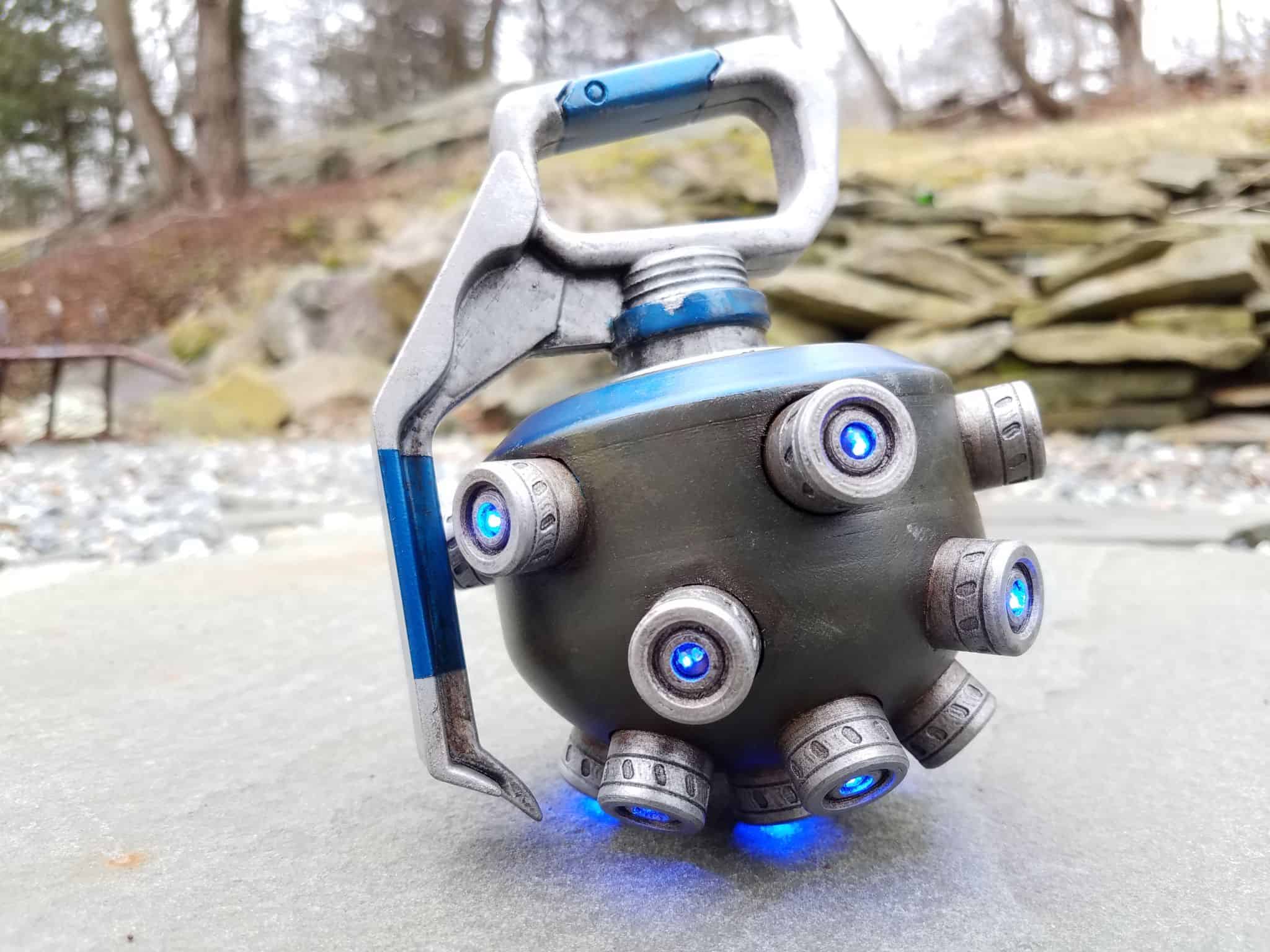 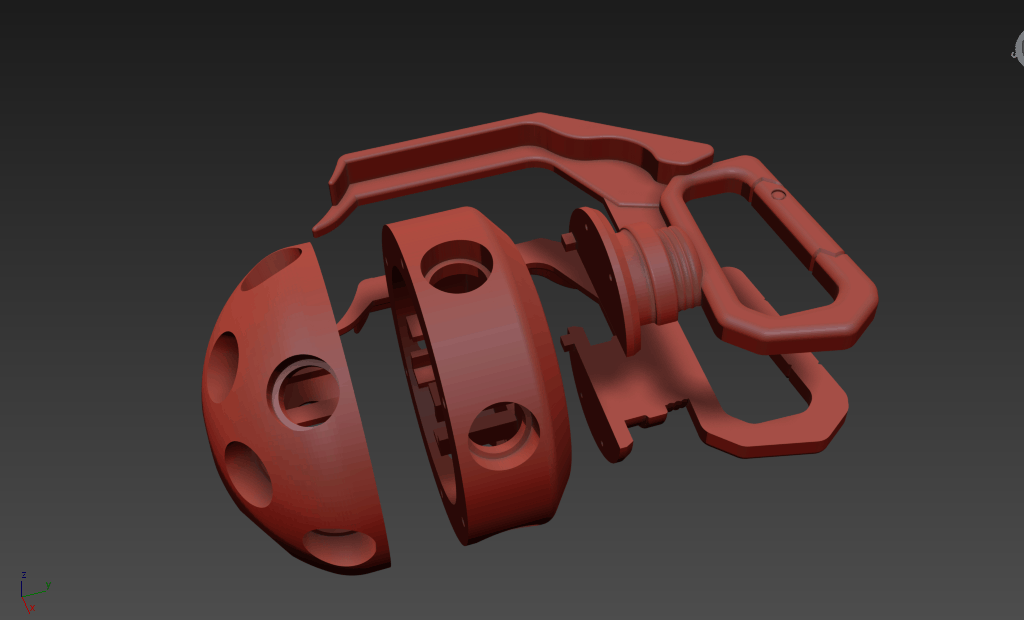 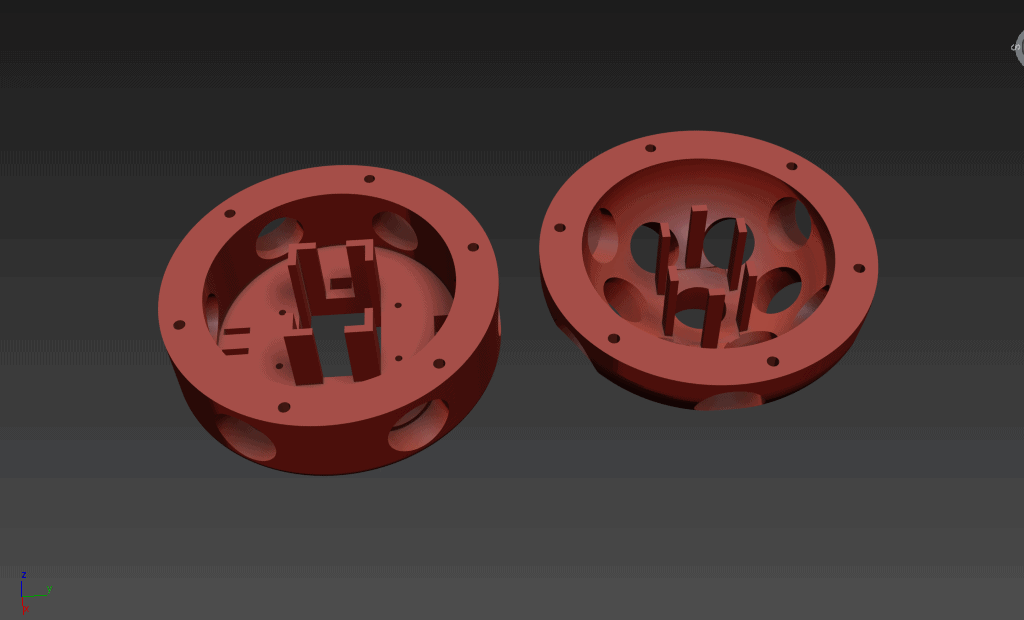 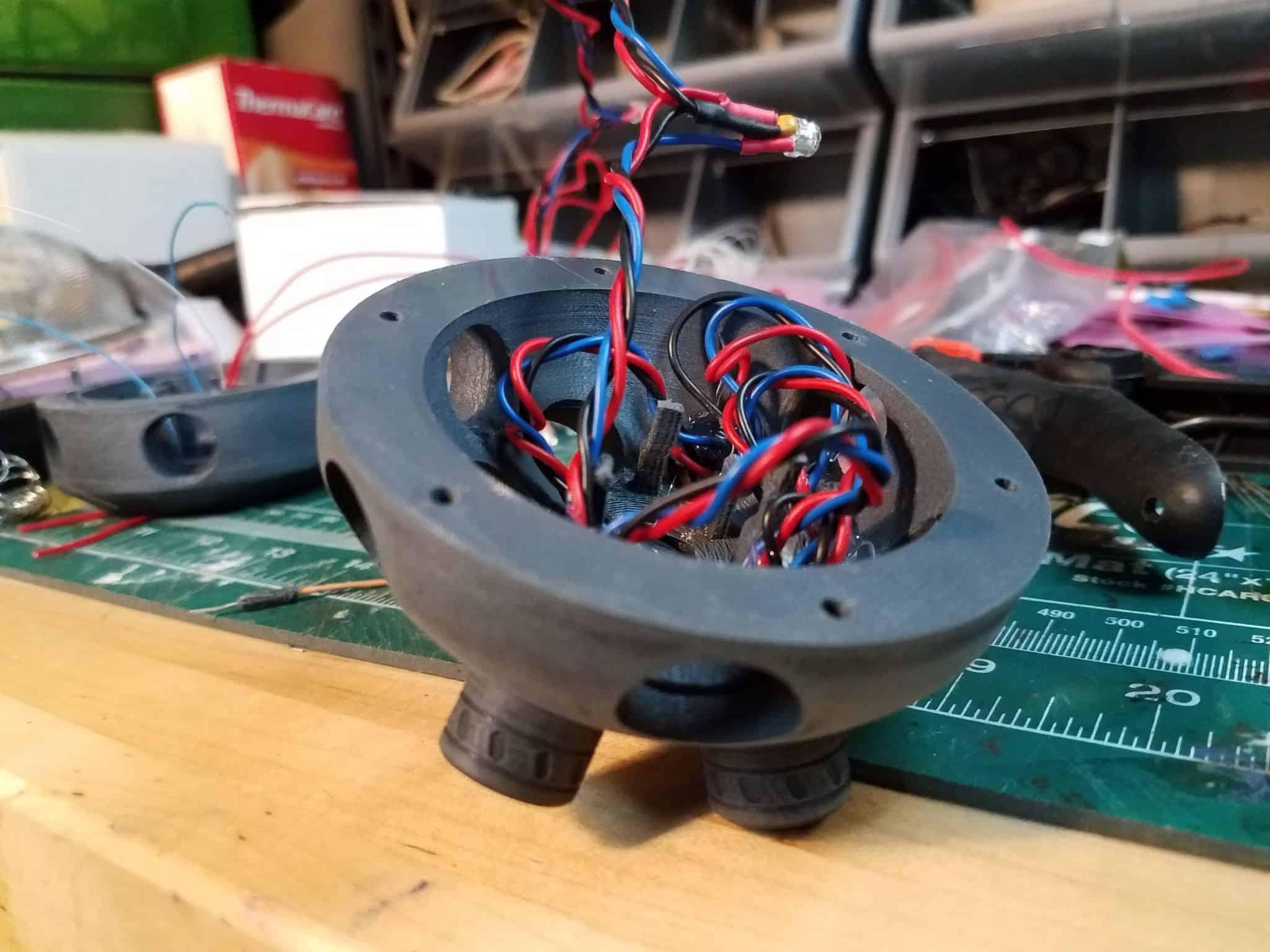 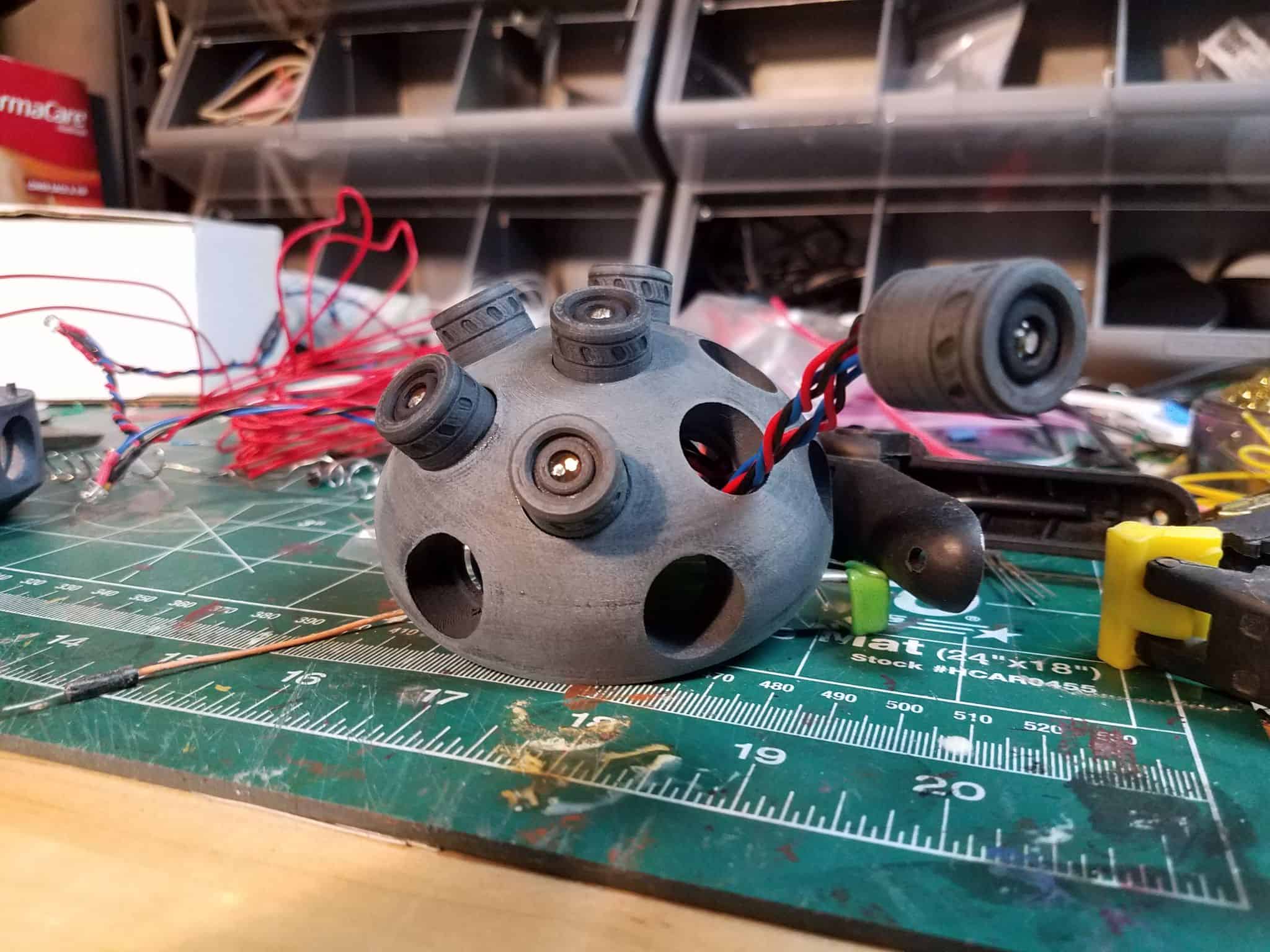 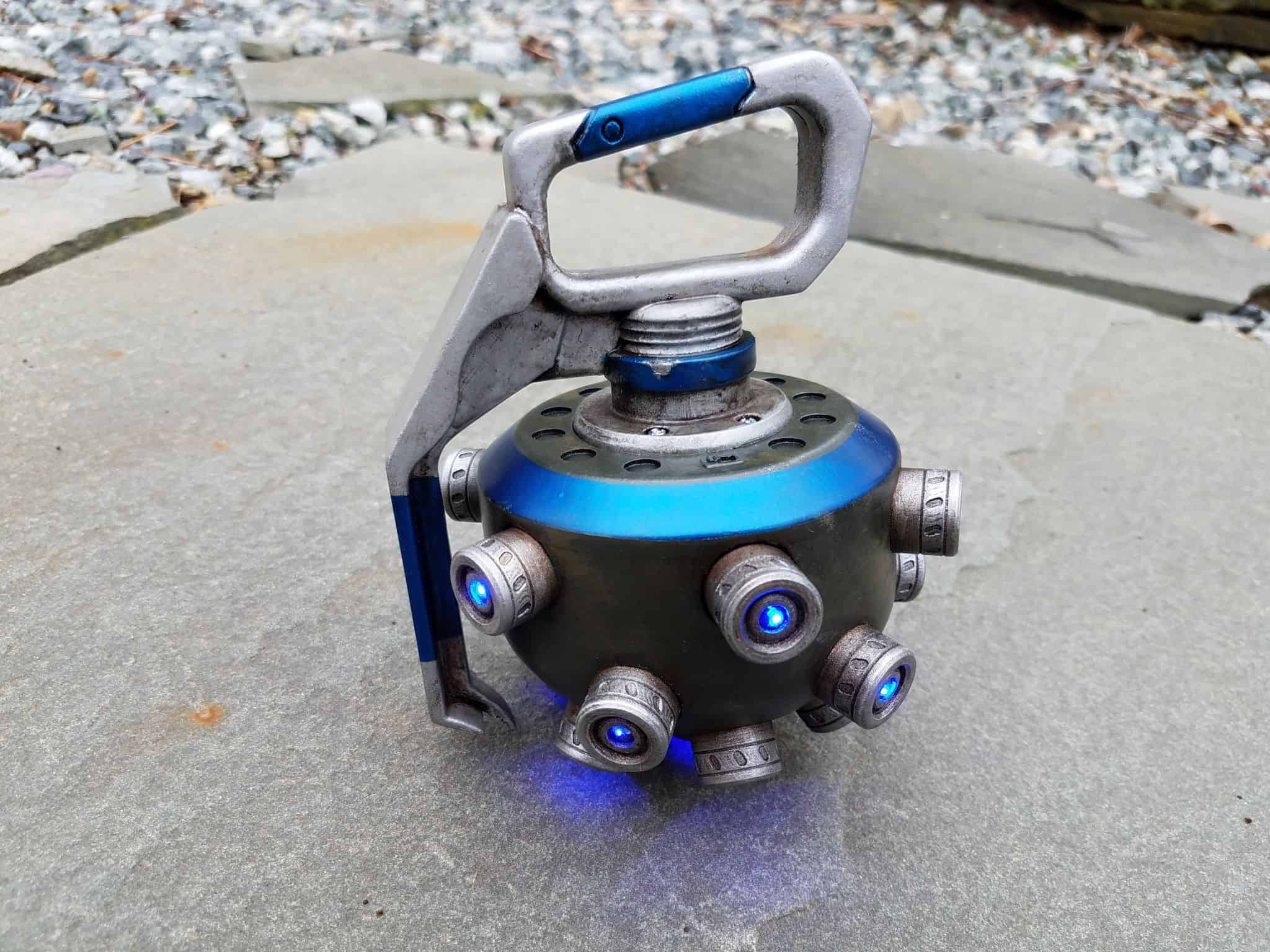 I created a replica arc grenade from the game Titanfall. These are typically used by infantry to temporarily disable or blind enemy titans’ sensors, and have a very visually interesting profile, almost resembling an underwater mine. For the version pictured, all of the parts were produced in PLA plastic.

The grenade was designed to use 18 WS2812 addressable LEDs (5mm). I soldered .1uF capacitors on each and strung them together in a manner similar to christmas lights. The whole assembly was powered by a simple 9V battery, with a 5v step-down regulator. The battery could be removed and changed by unscrewing the top handle from the body of the grenade itself. The data signals for the LEDs were driven by an Arduino Pro Mini, and a simple piezo buzzer was installed to provide audio effects for the crackling electric lights and ‘explosion’ animation. When activated, the grenade’s lights surged blue in random electrical patterns on the exterior of the grenade; an arming button locked all of the LEDs red and began a countdown animation prior to detonation.

Since making this initial version, I have redesigned the Arc Grenade significantly, trading out the 9V battery for a rechargeable lithium-polymer version and also turning the top handle into a rotating on-off switch to ‘prime’ the grenade. A look at the revised design is available here, and embedded below.