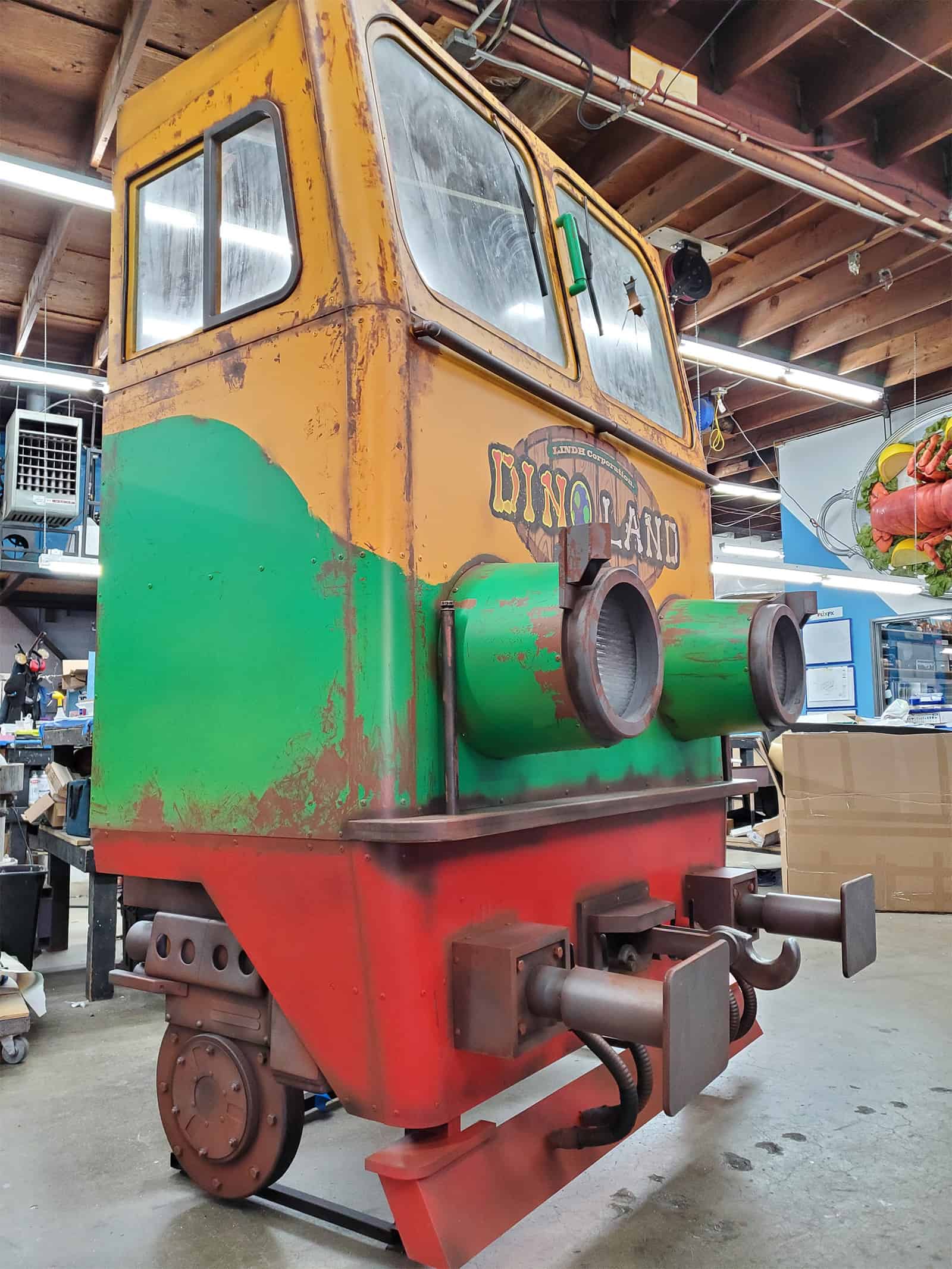 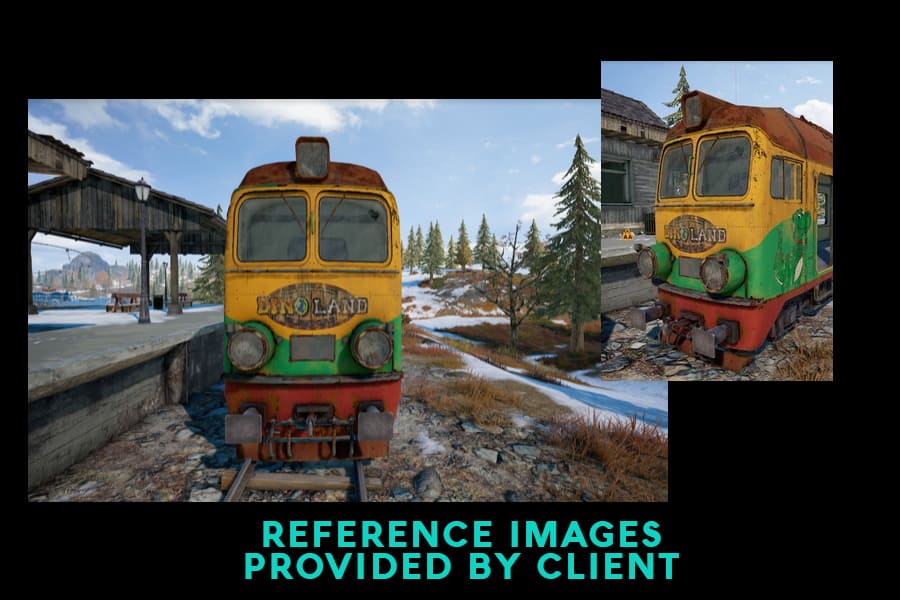 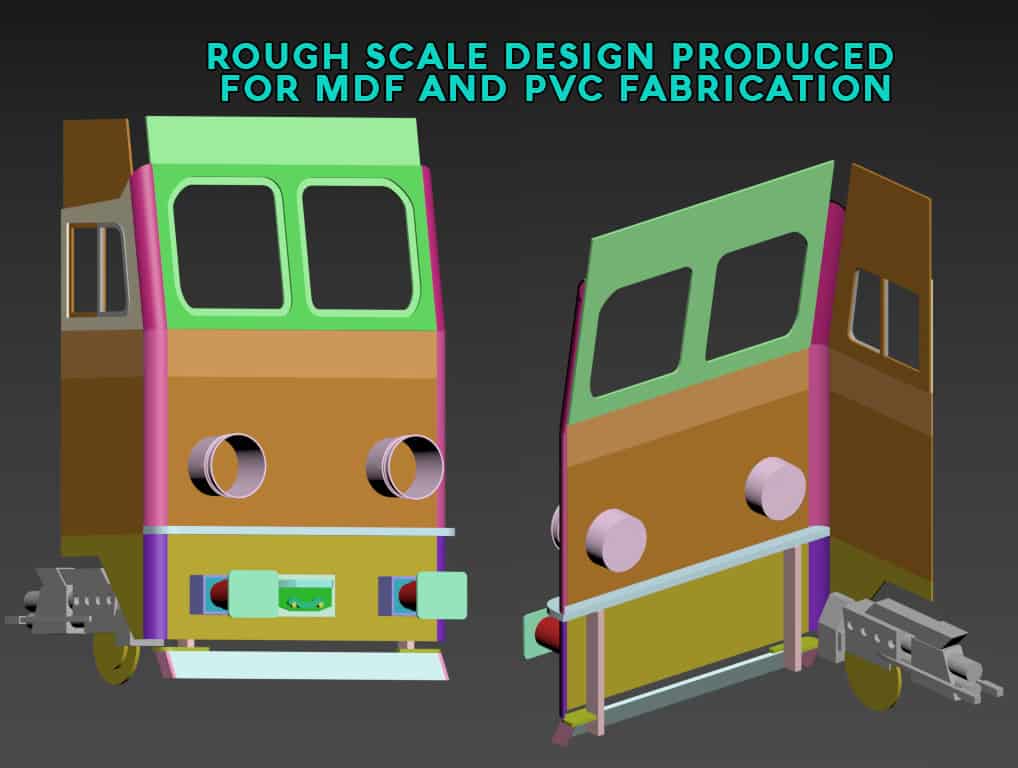 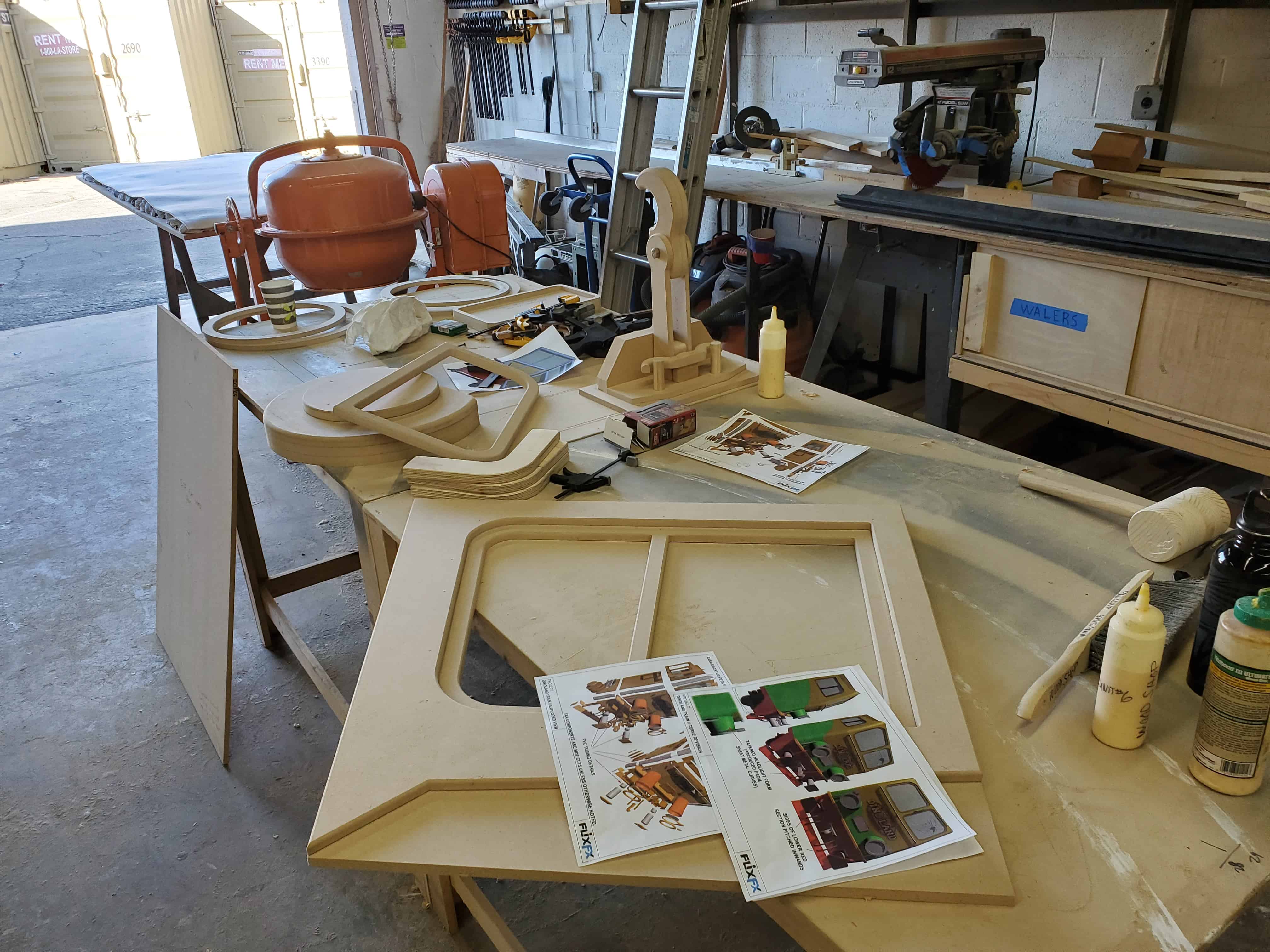 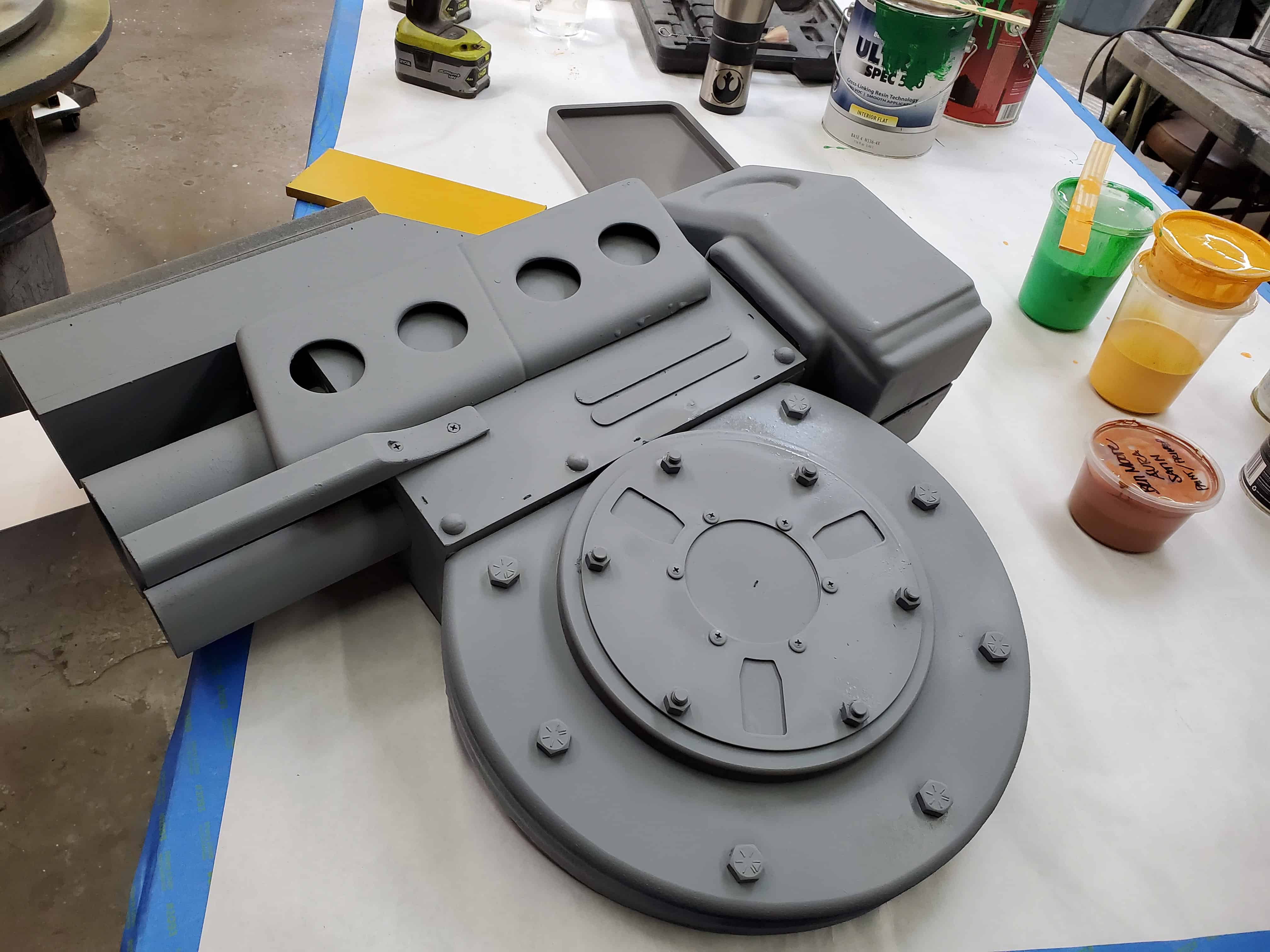 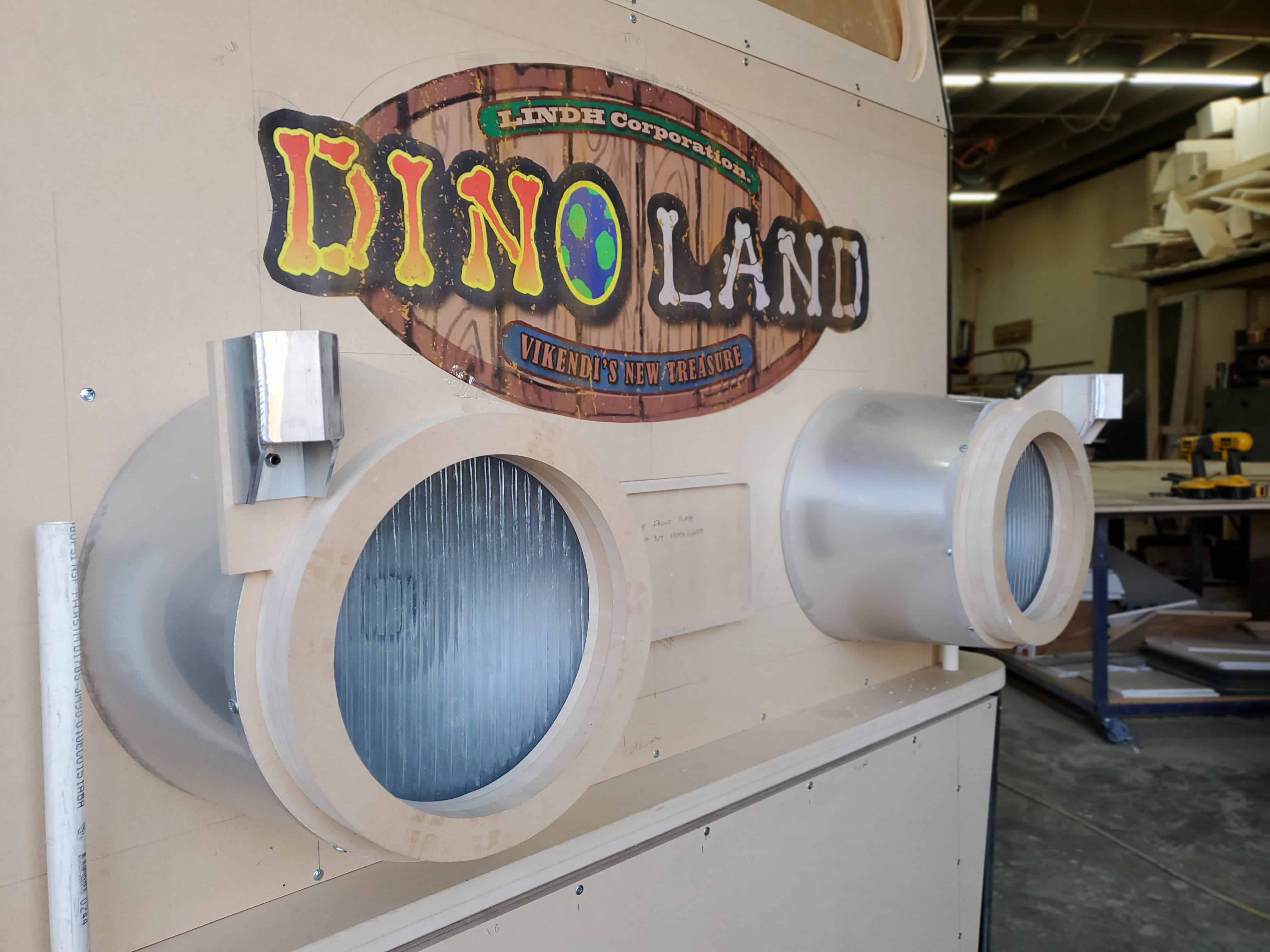 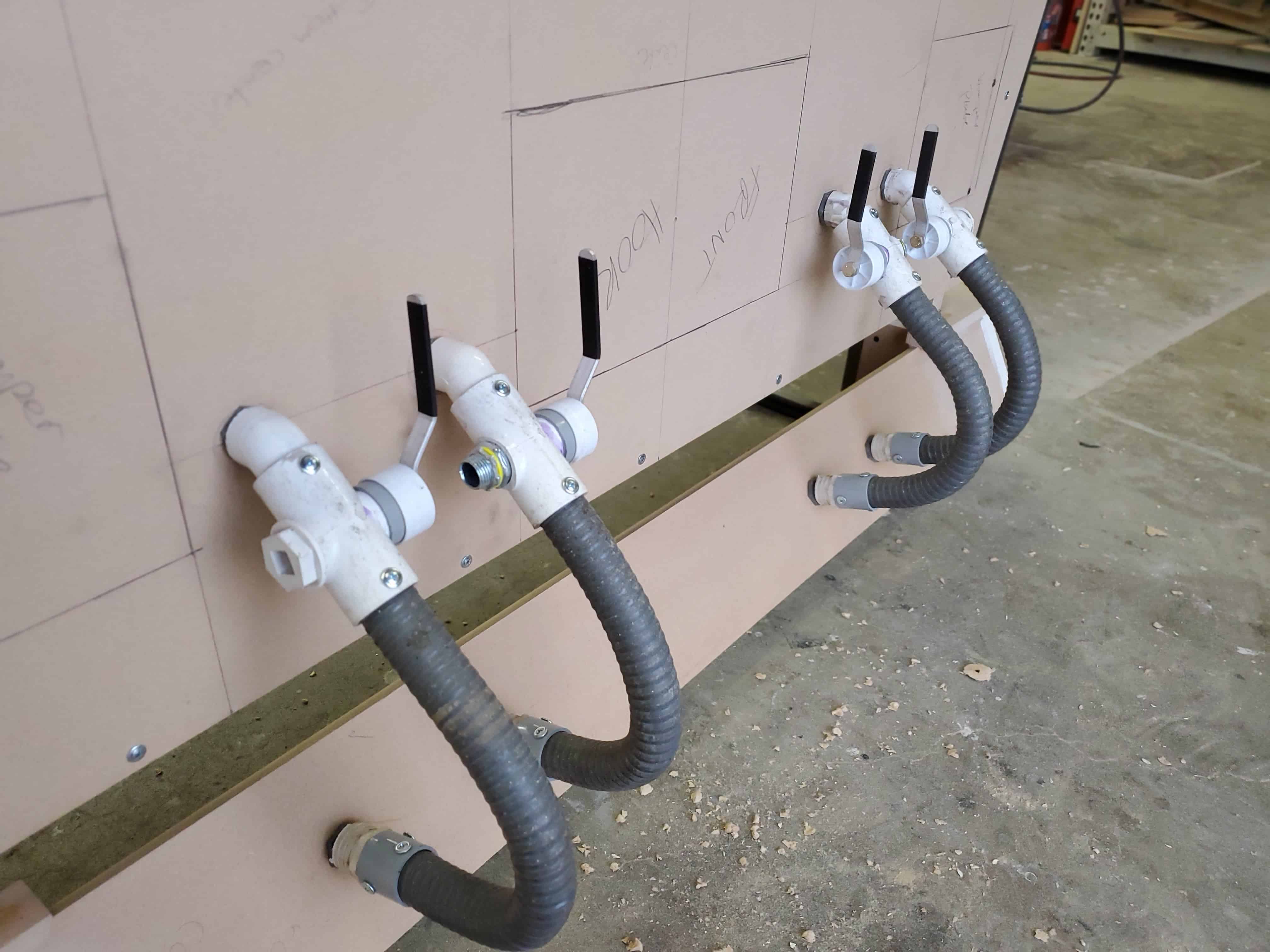 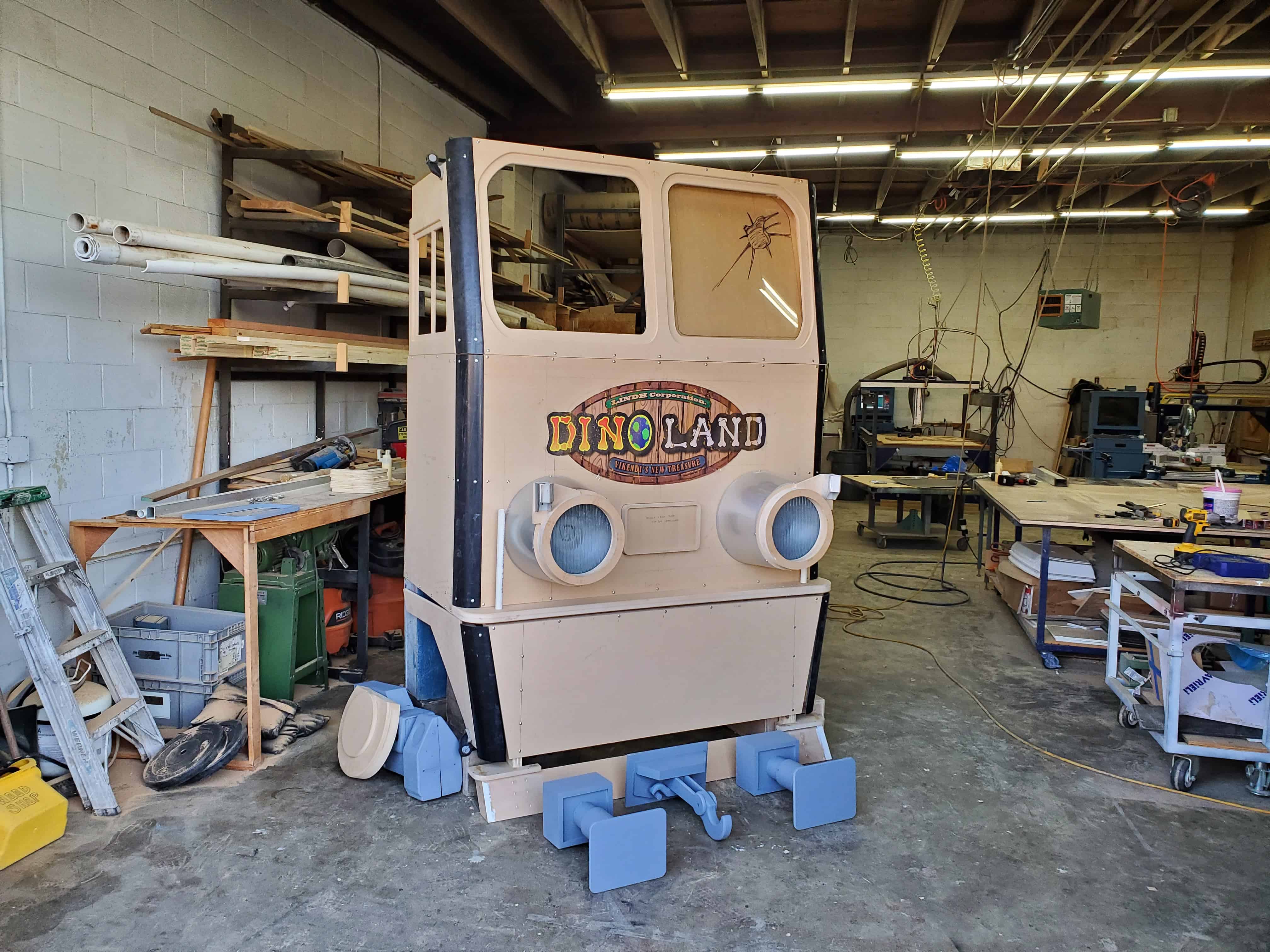 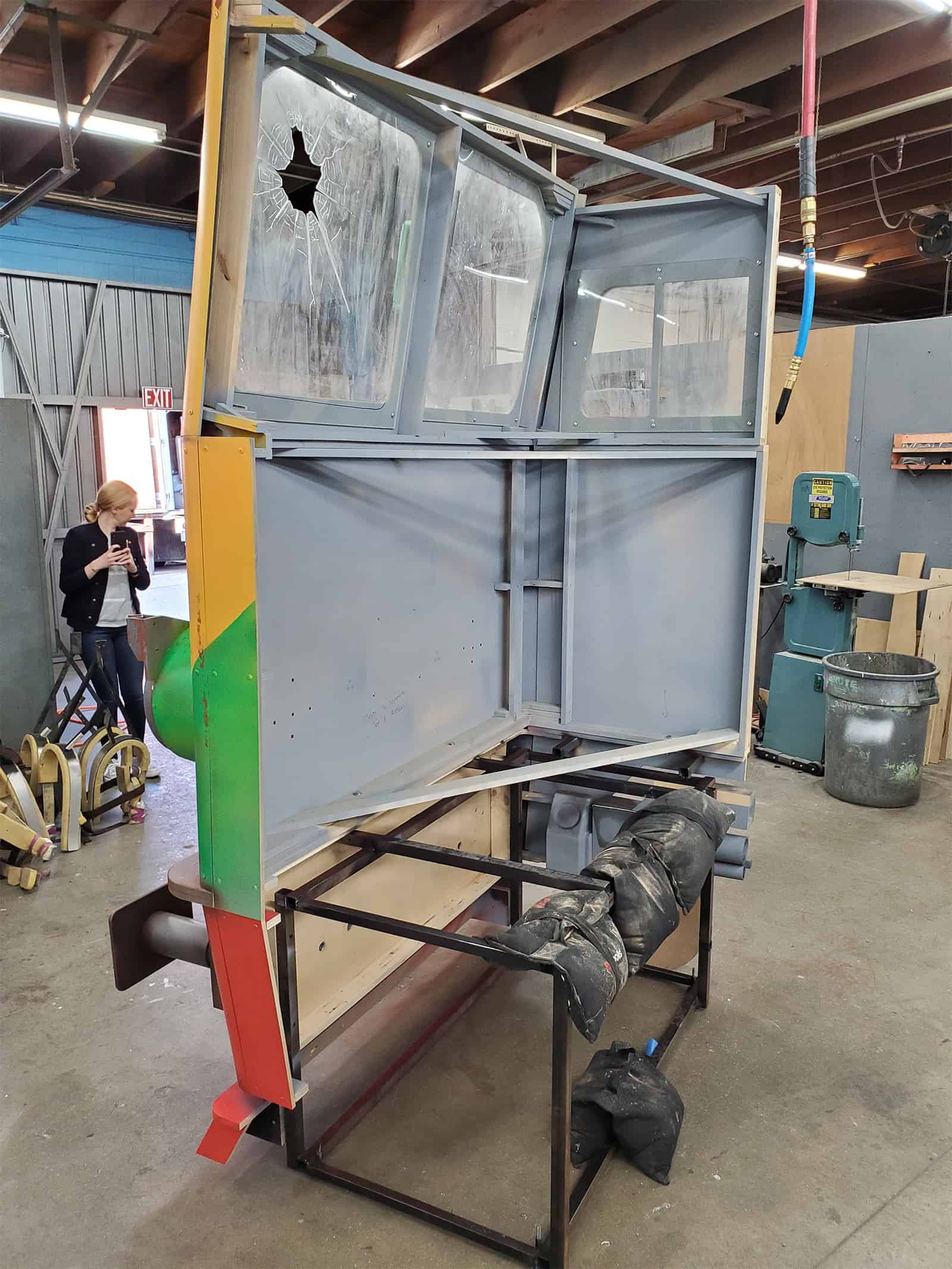 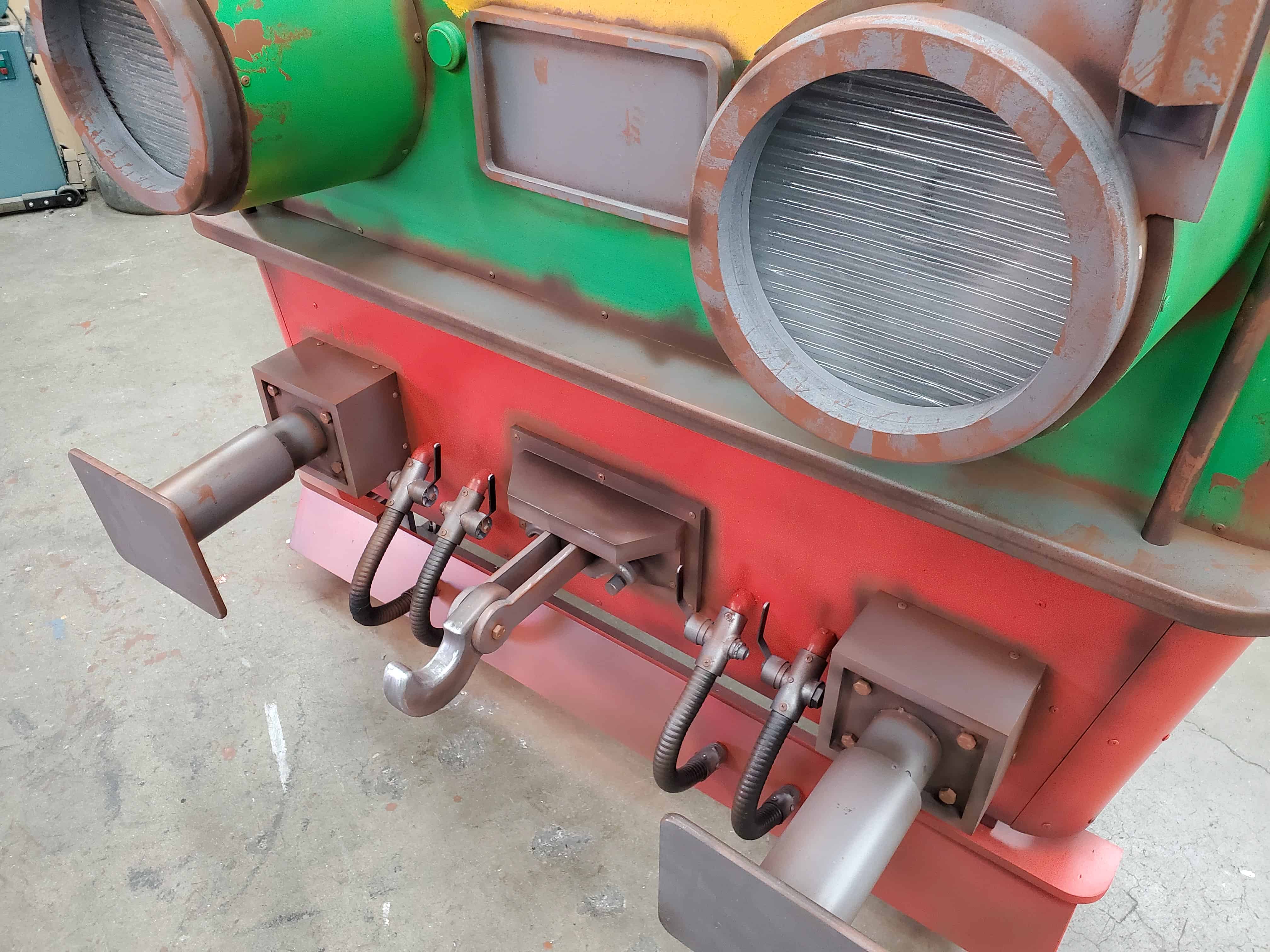 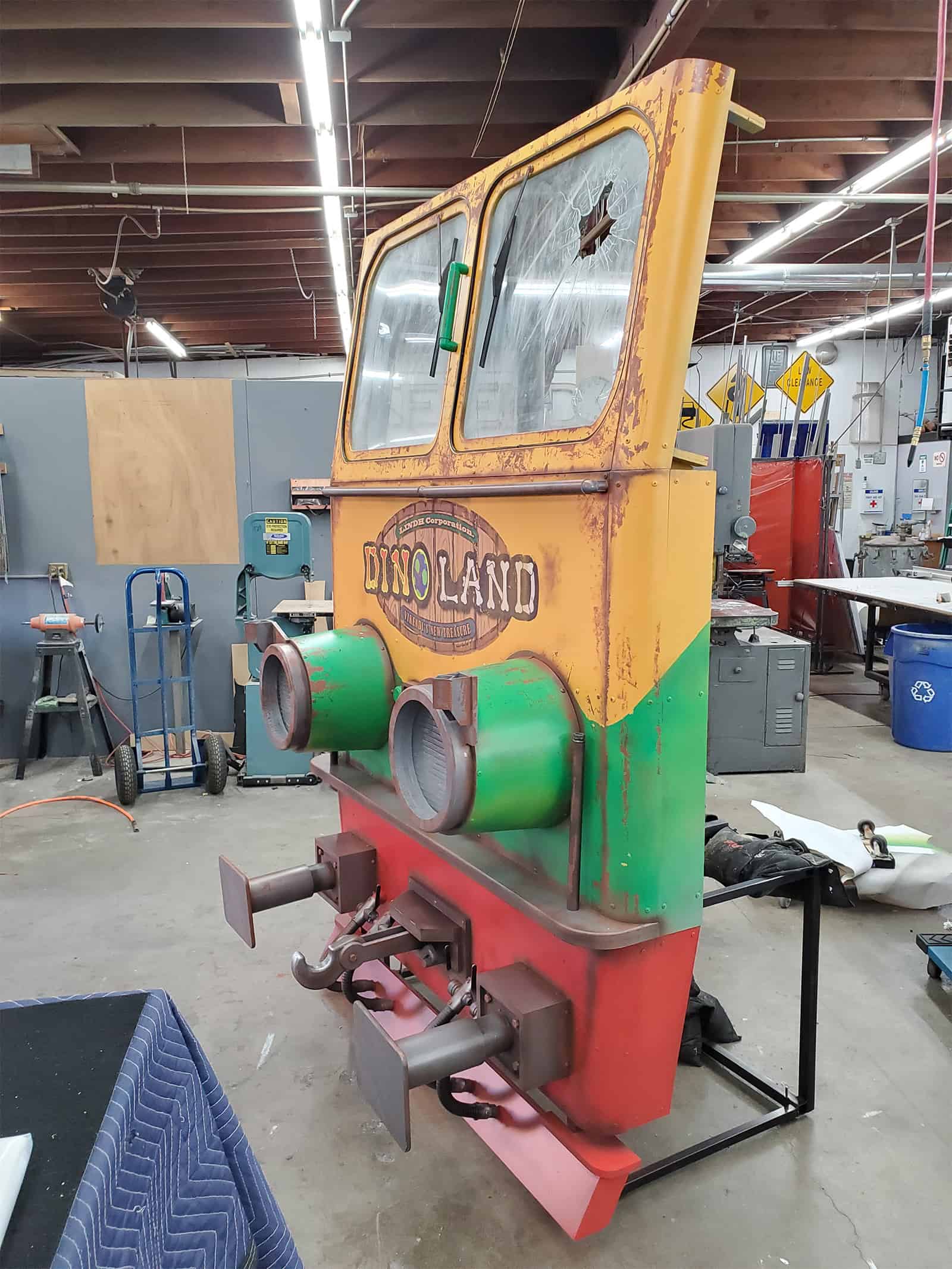 While working at Flix FX, Inc., we were contacted to make a full-sized locomotive engine that would feature as part of an advertisement for the game Player Unknown’s Battlegrounds (PUBG).

The project called for the train to be produced as a two-sided facade that would stand up to a camera panning close to the front bumper. I was provided with reference imagery of the train from the game to work from, and personally oversaw the project’s design, assembly, and completion over the period of a week with a number of other talented artists at Flix.

Given the budget and time constraints, the majority of the train’s structure would be produced out of MDF sheets. Using the provided reference images, I modeled the train in a way to ensure that we could cut it on our 4’x8′ Shopbot CNC out of full MDF panels. I also designed the train’s corners to utilize PVC pipe rounds to simplify construction. The entire train needed to be engineered to be easy to disassemble and transport, as the client required something they could fit through a standard door frame on-site.

During construction I was responsible for producing all of the CNC’ed parts and panels. I also spent time working on the smaller details on the train, like the fresnel lenses on the headlights, the tow hook and hoses, and the cracked windshield. I assisted the artists with masking and painting the base colors of the train, and worked with the print department to produce the necessary ‘Dinoland’ graphics for the front of the vehicle.

Ultimately, the train was used in the promotional advertisement linked below – you can see it on the left side as the camera advances.