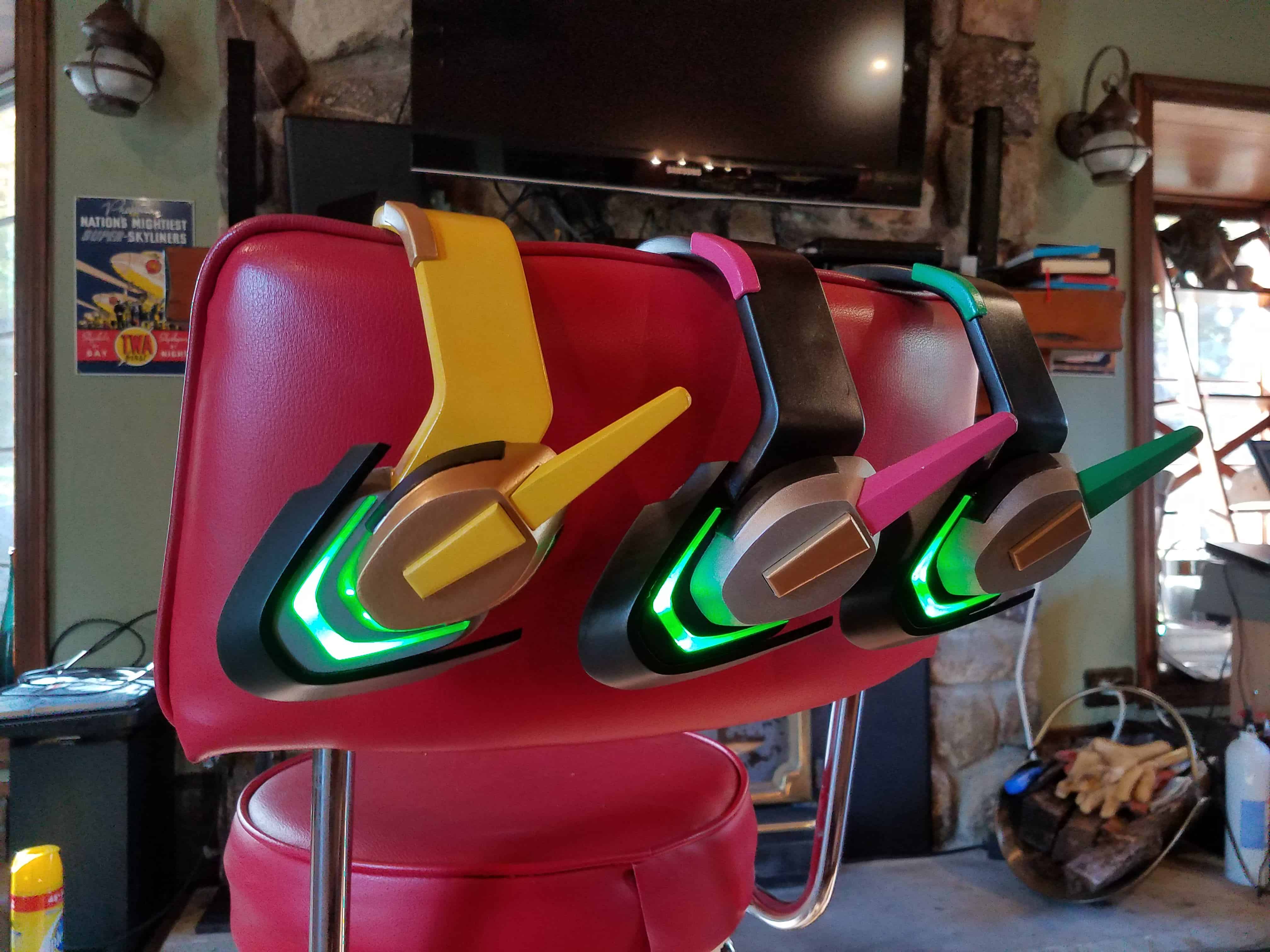 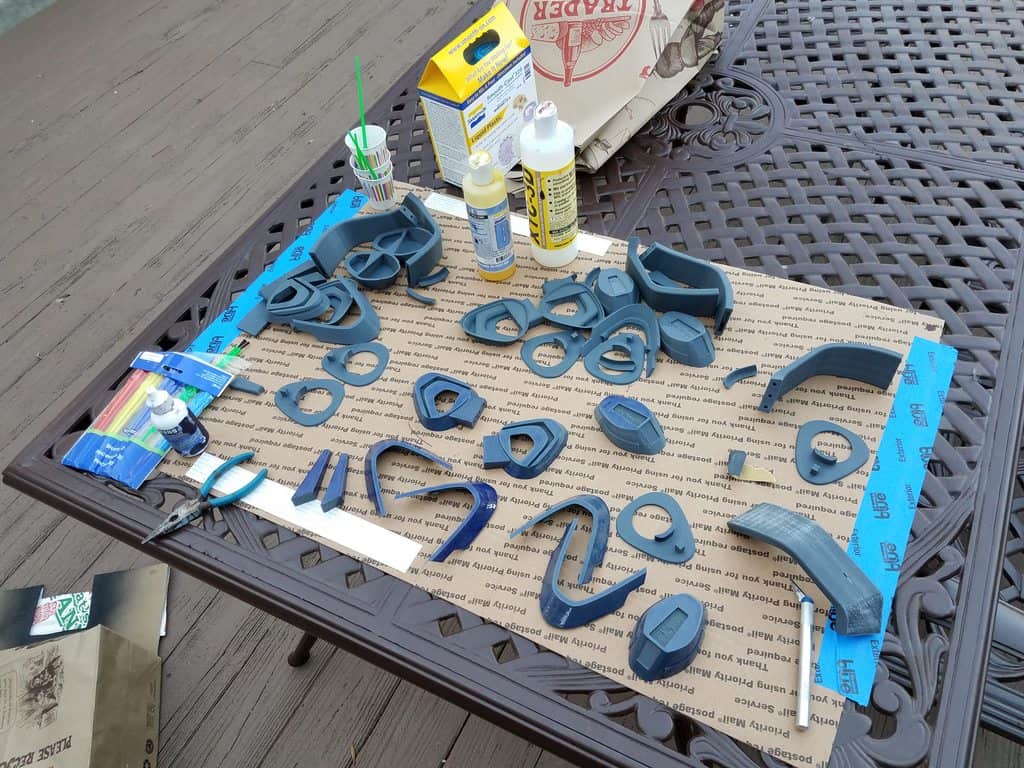 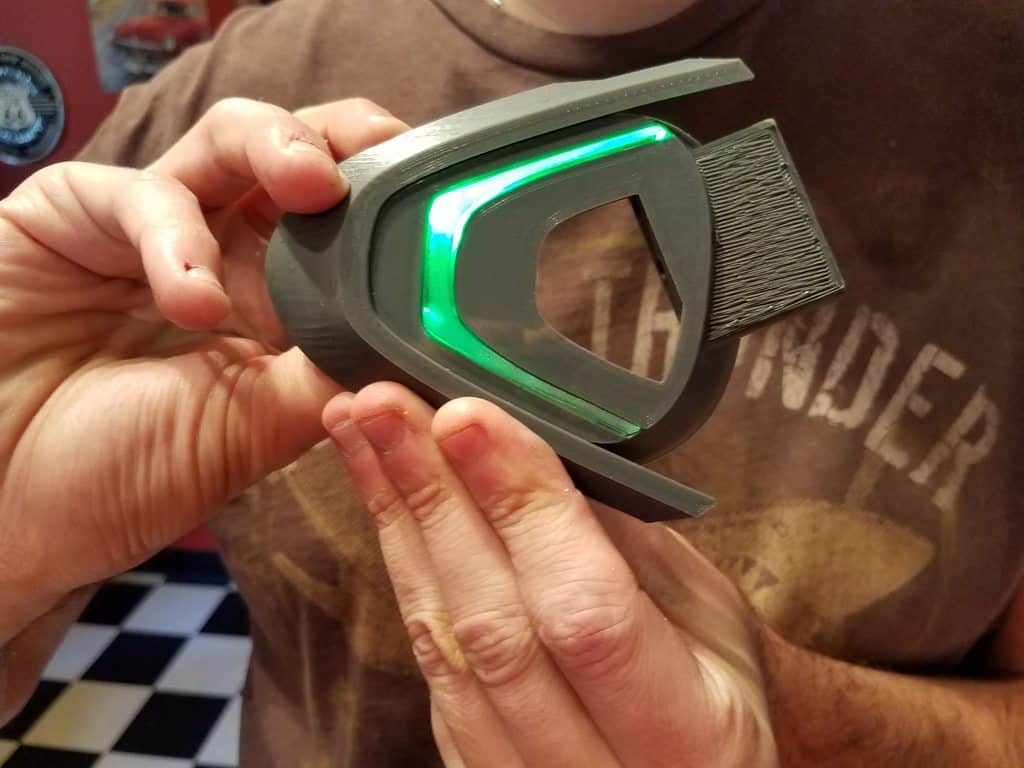 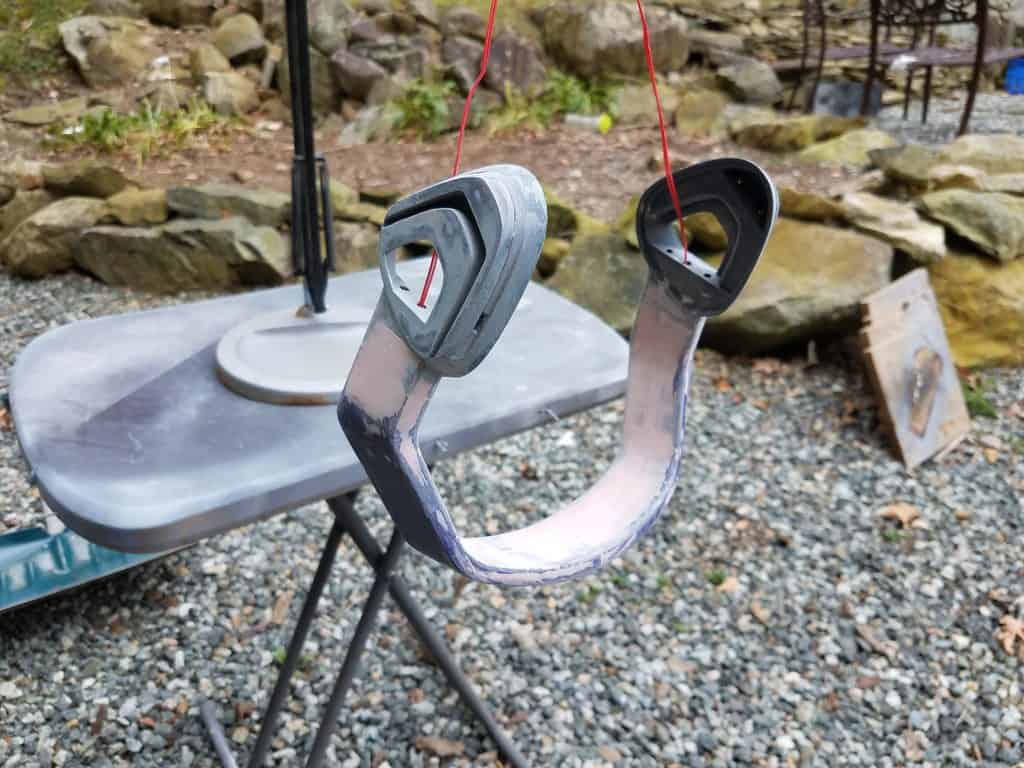 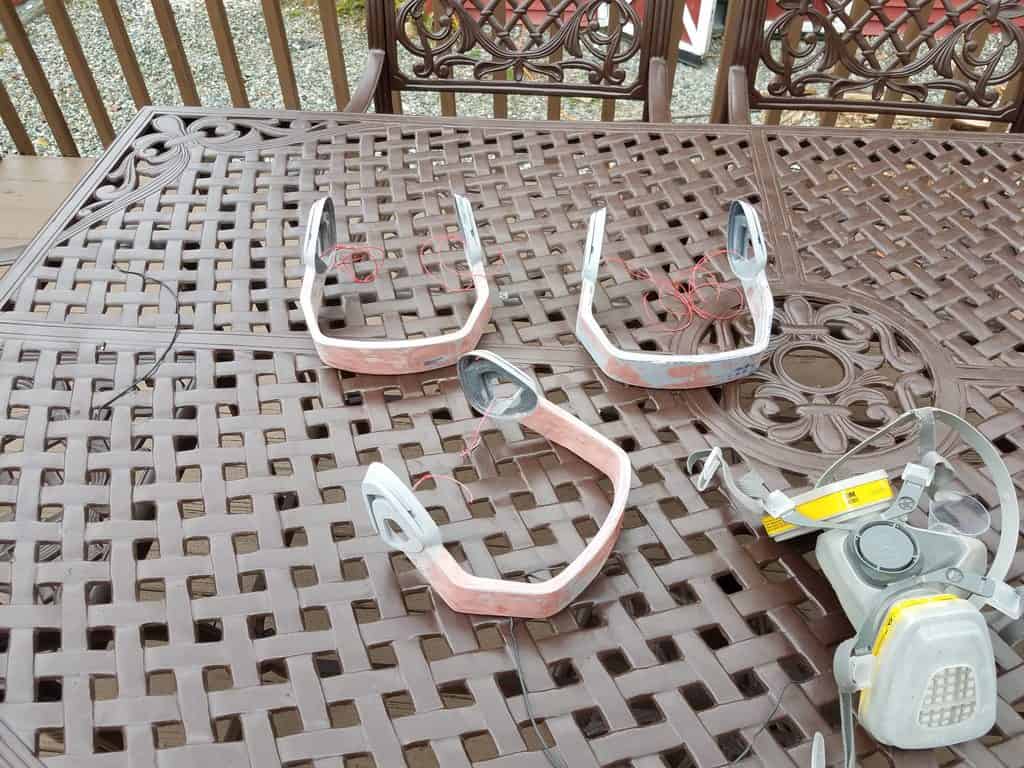 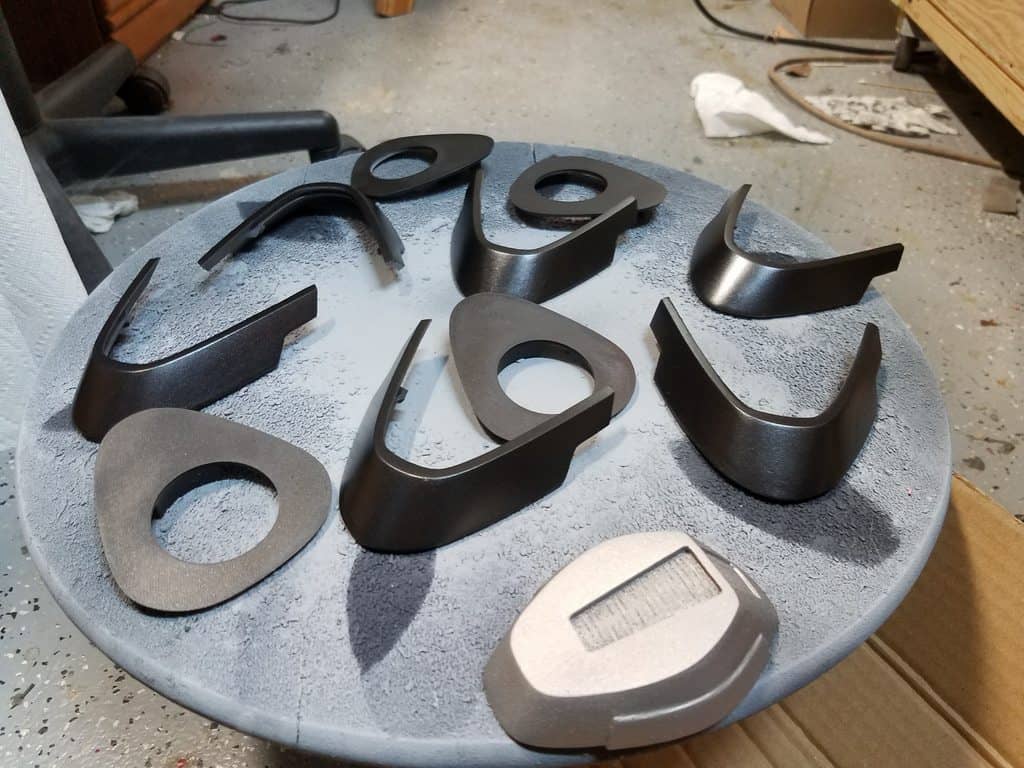 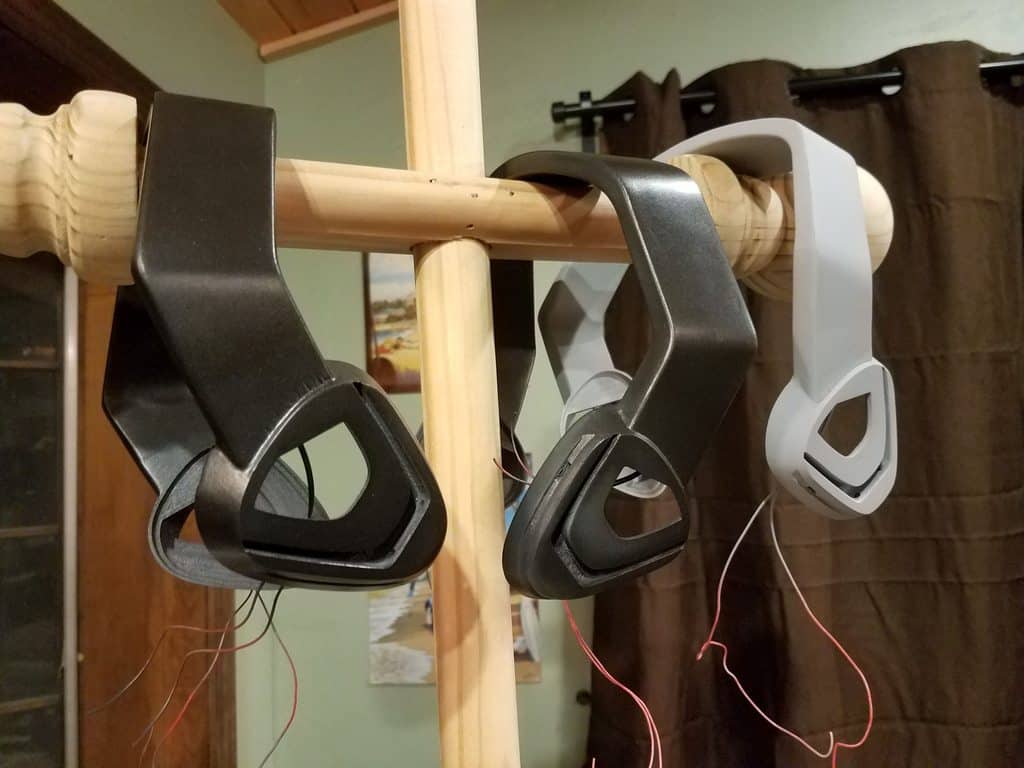 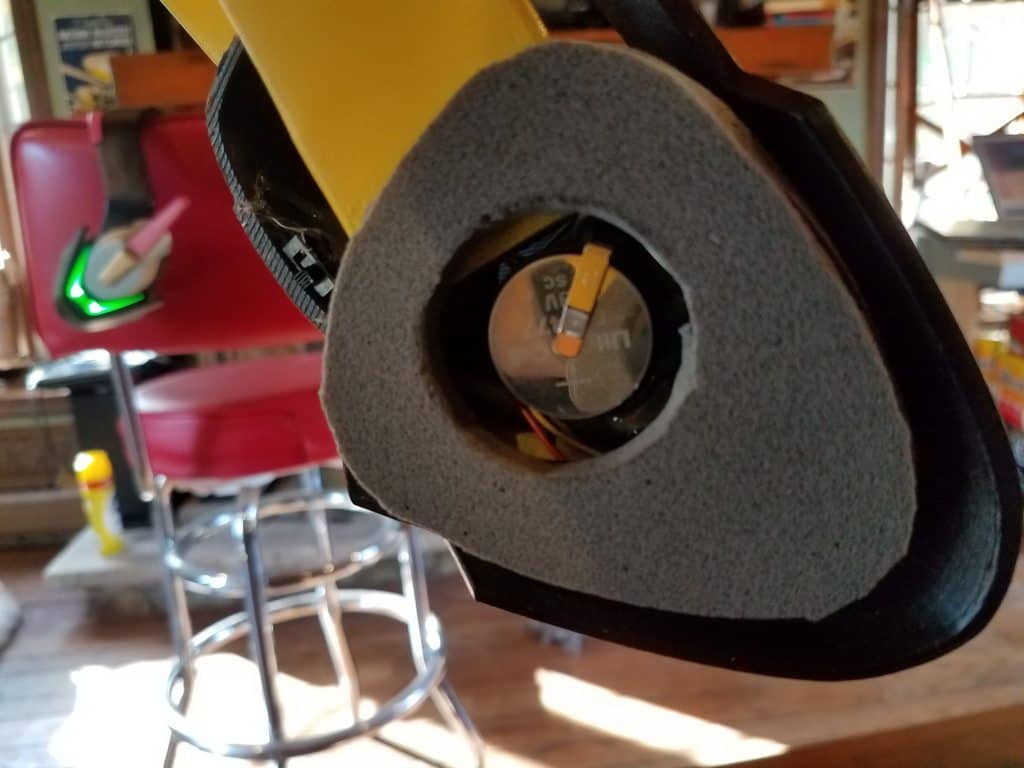 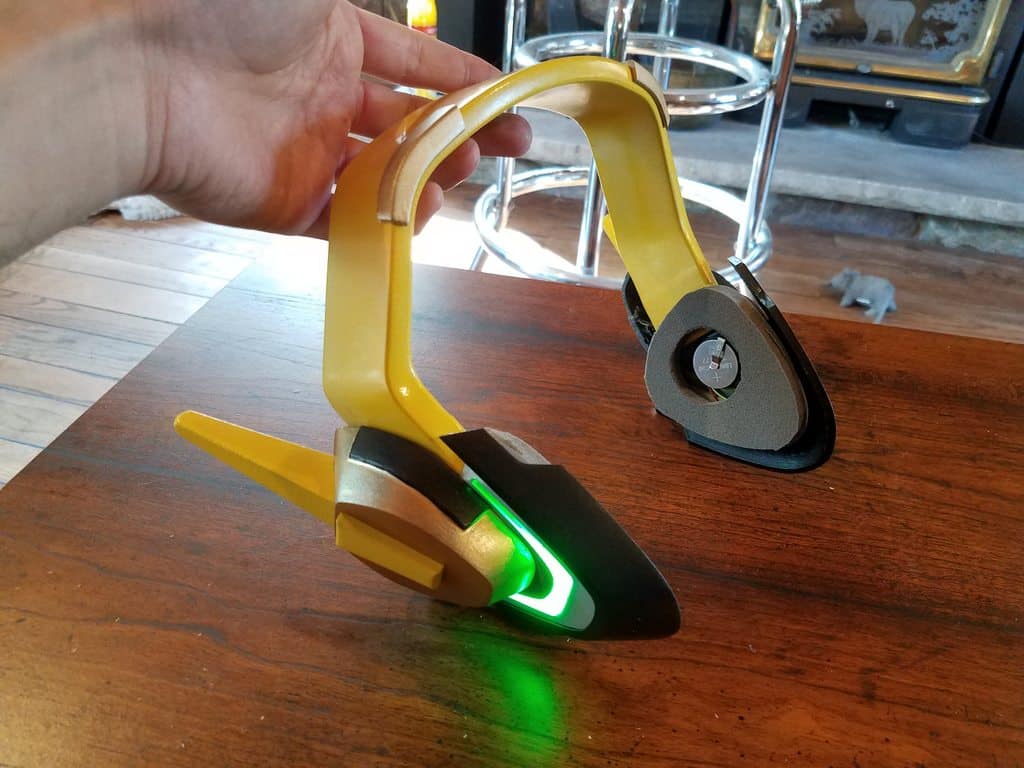 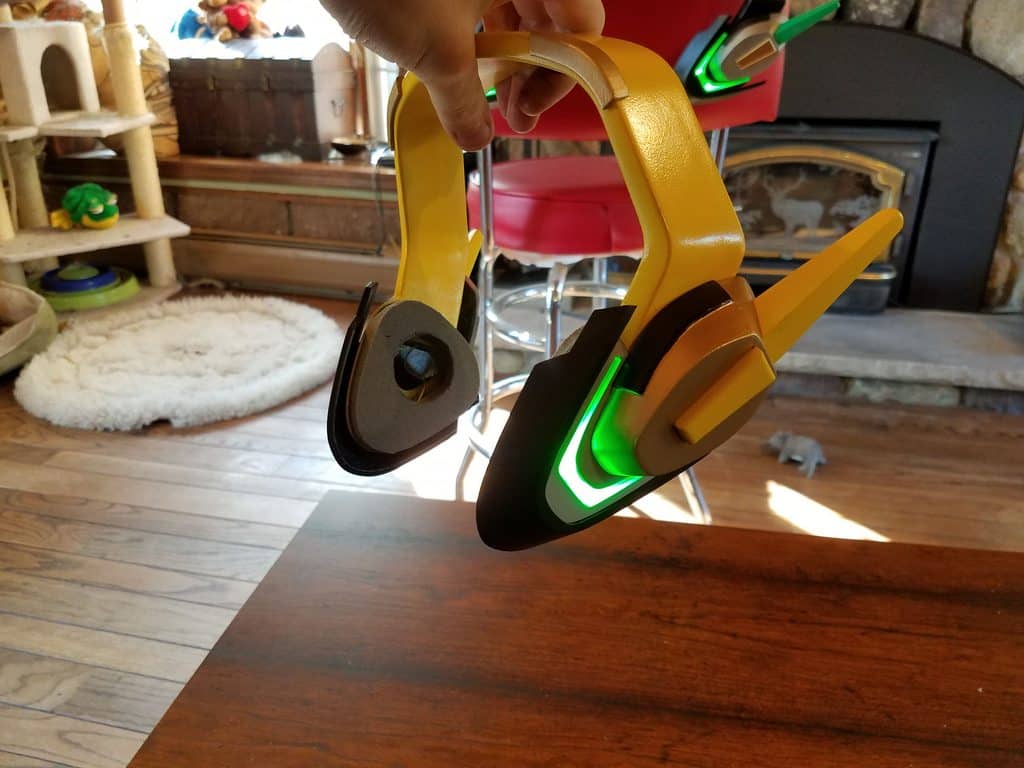 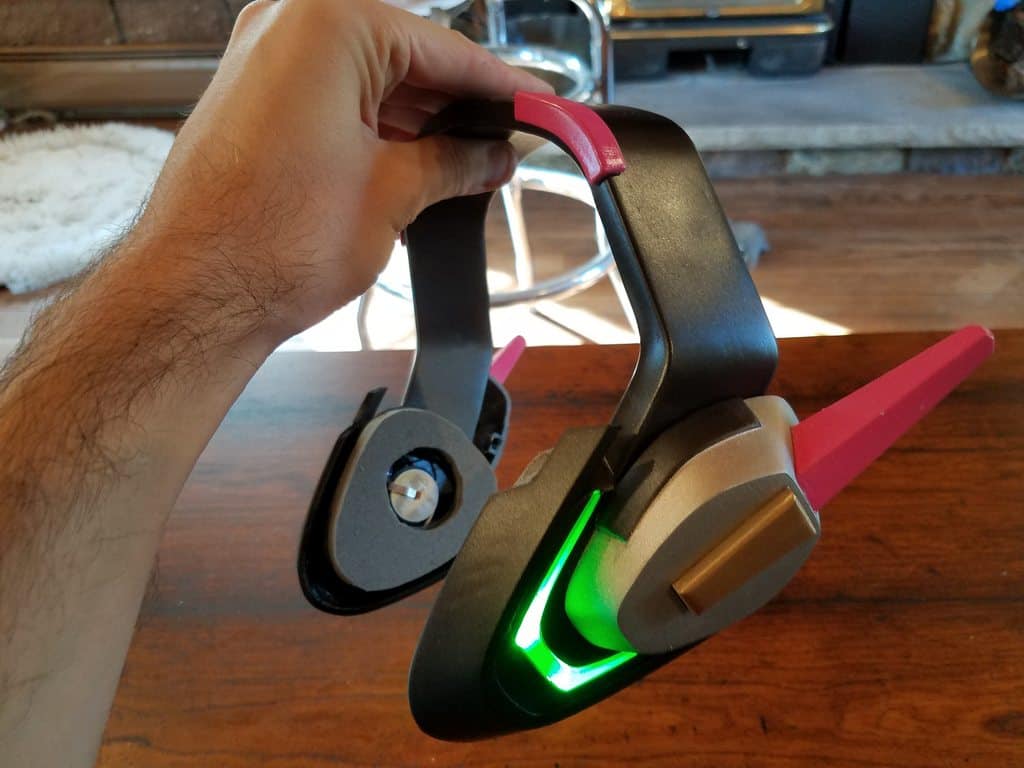 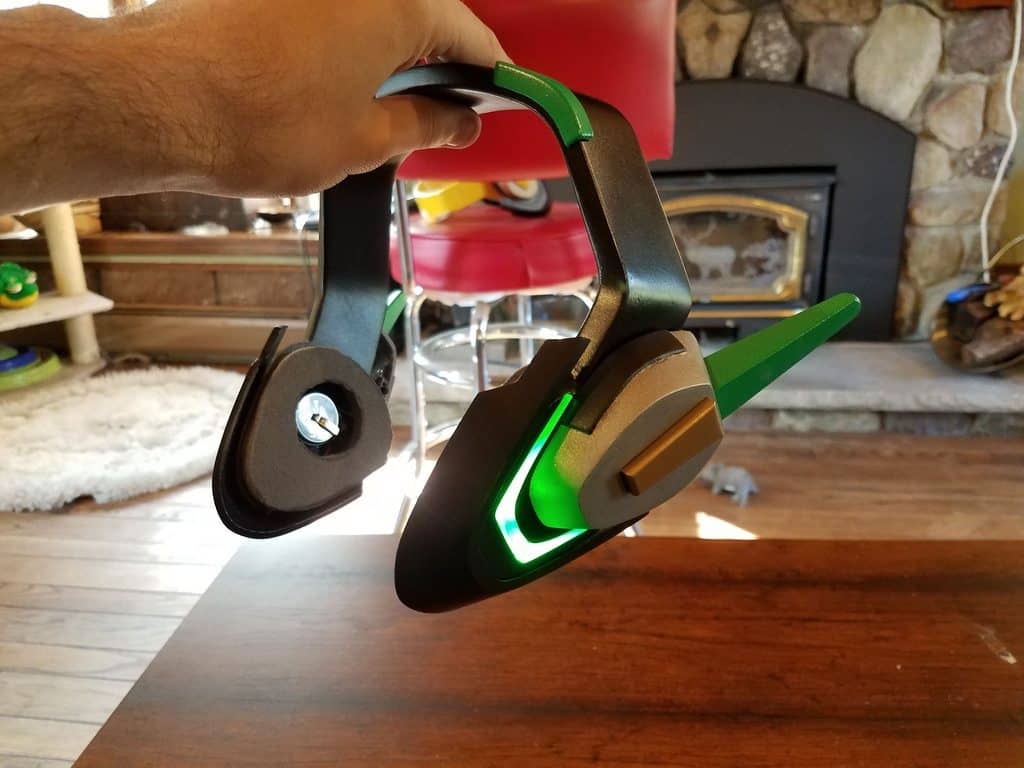 These headsets were made for clients who were heading to Blizzcon and decided they all wanted to all do different versions of the character DVa at what was essentially the last minute. While I would have normally liked to have made molds for these parts, especially if I’m making multiples of the same thing, there wasn’t the time or budget for it. Instead, all of the parts got 3D printed, sanded, and coated with XTC-3D to help smooth them out.

The one part that did end up getting molded was the light-up insert that went on each ear. This part was printed to slot into the cavity on each side of the earpiece, and had holes for 5MM green LEDs. After cleaning up this U-shaped piece and making a mold of it, I cast a bunch of them in clear resin with some slight green pigment mixed in. They were then each sanded to help frost and diffuse the lighting better. Wiring for each ear’s LEDs was installed and routed through a channel in the top headband of the headset. The LEDs were powered by some beefy 3V coin cells, which were chosen so that the clients could easily replace them as needed during the convention weekend. Both the battery and on/off switch were discreetly hidden inside the shells of the earpieces.

Bondo was used to help reinforce the joints and seams of each headset, and they were sanded down to the nicest finish that time allowed before painting. Each headset had a slightly different color scheme, as each one was intended to match a different version of DVa’s outfit. The whole project was done in about 5 days, with most of the work being centered around getting the parts printed as quickly as possible.