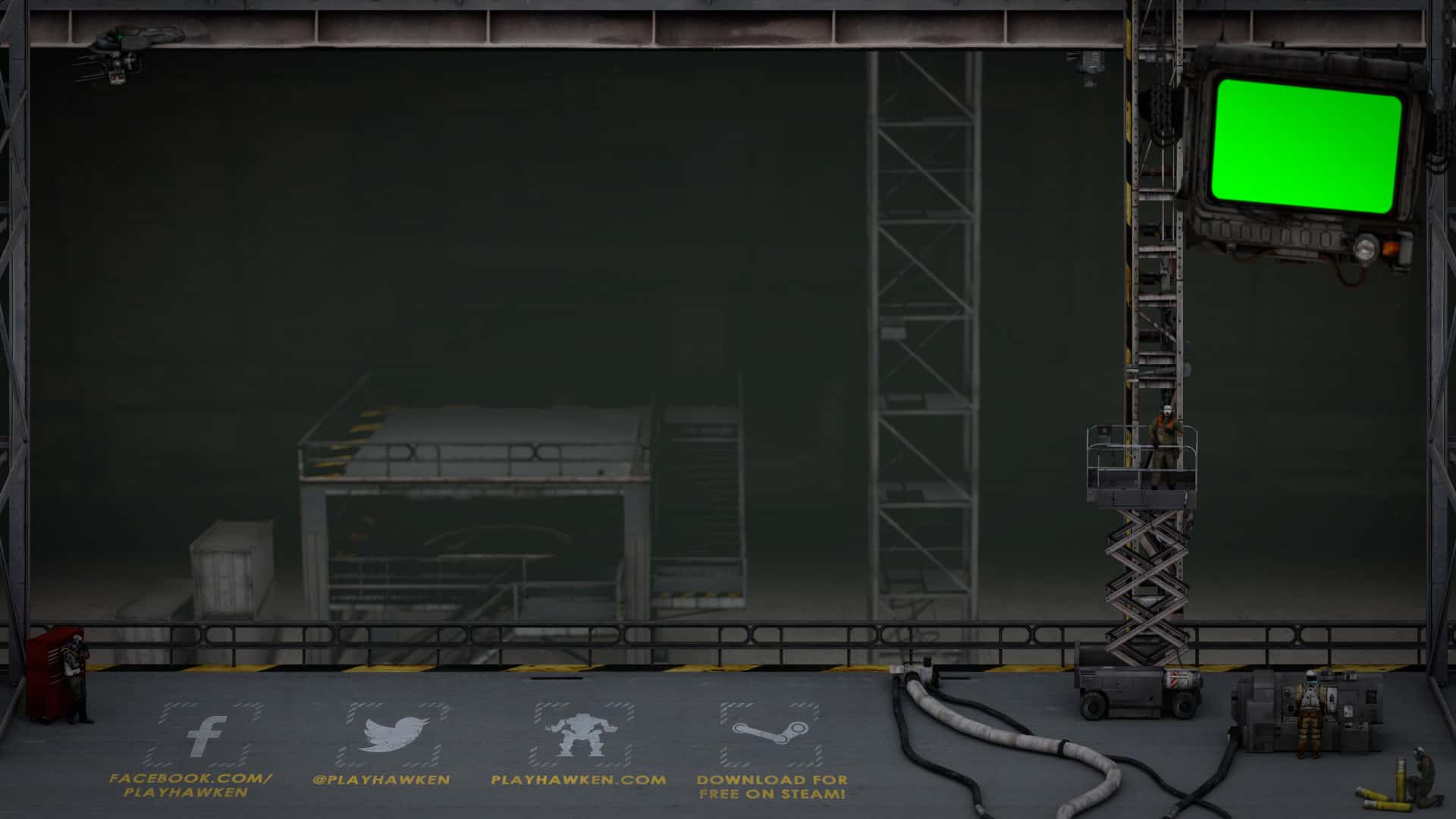 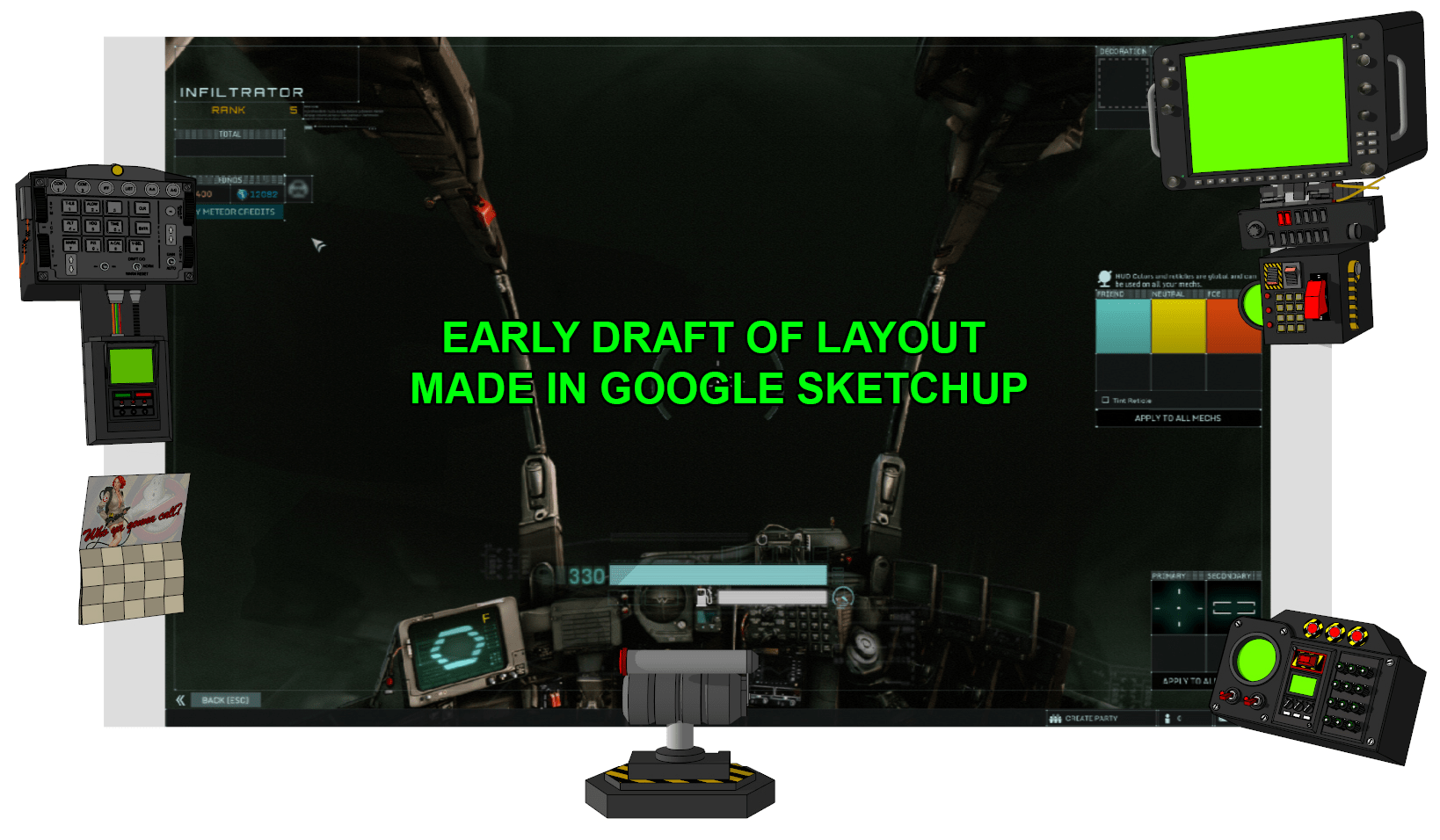 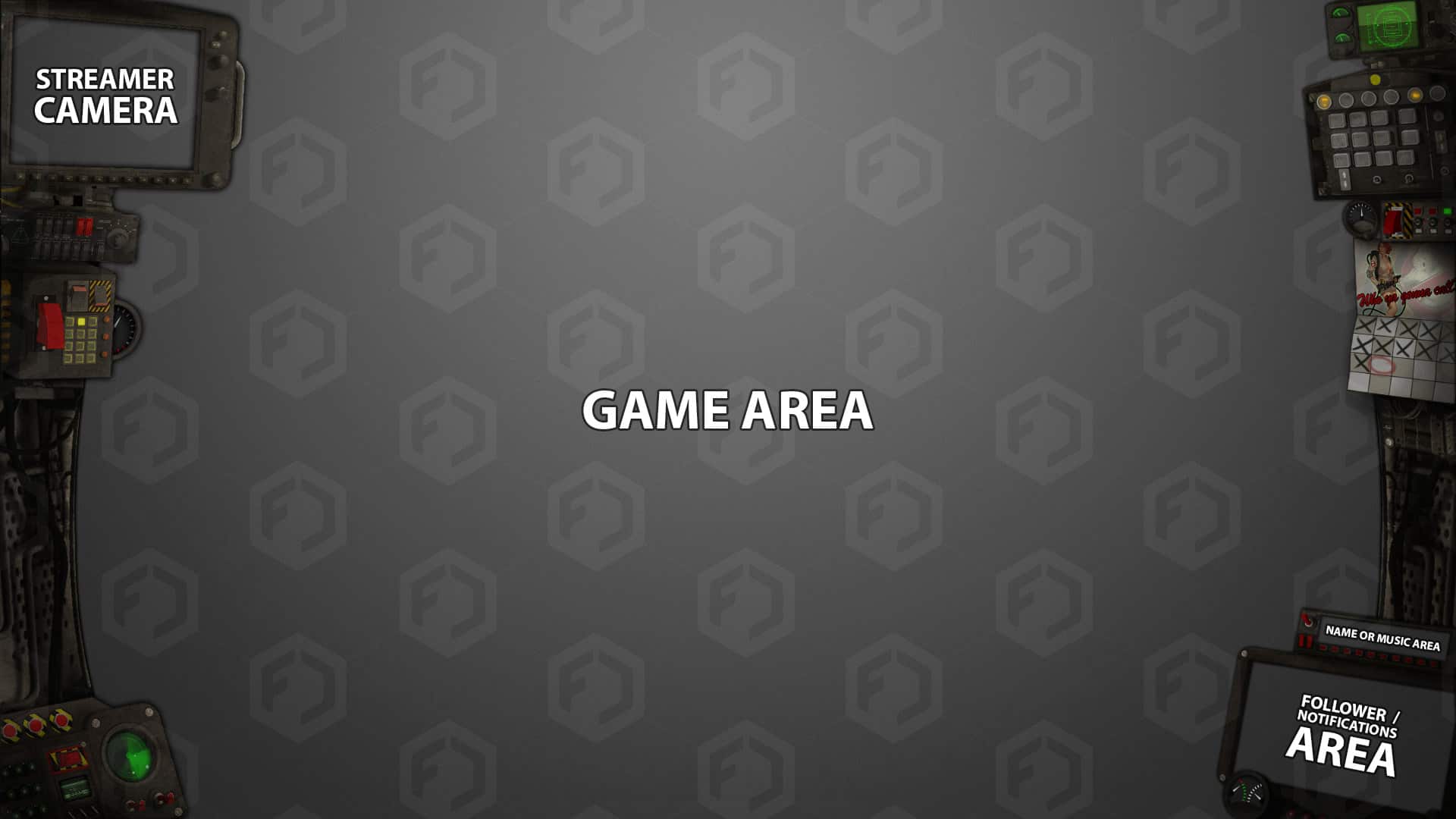 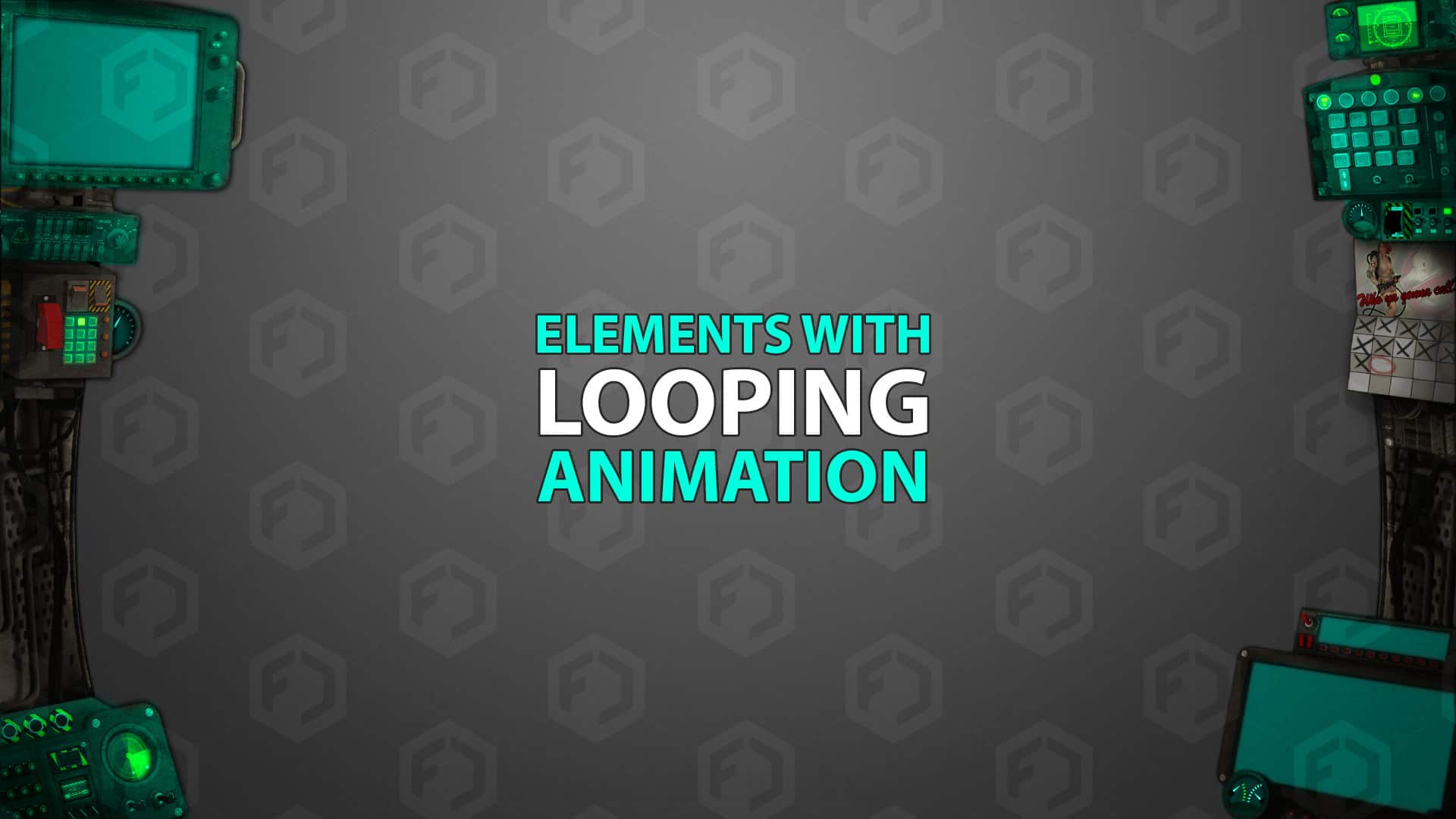 I happened to know one of the community managers who worked at Reloaded Games, which was the company that acquired the rights to the (now-defunct) game Hawken after its initial release under Meteor Entertainment. They wanted to do a few community streaming events, and requested that I produce a number of animated visual elements that they could use for that purpose.

I started by making a rough proof-of-concept layout inspired by the hangar environments in the game. Because a large focus of the game is building and modifying your personal giant robot, it seemed like a good jumping-off point. Because the game used Unreal Engine 3 as its base, I was able to use tools like UEViewer to rip some assets straight from the game’s own files, including a number of the ‘generic’ hangar technician characters and their associated animations. I arranged these elements in 3D Studio Max in a way that would give a semi-isometric view of a hangar with the game’s social media elements on the concrete floors and a column on the right side for player chat or other displays. I layered in a separate video background element for when/if no stream content was showing, so that there was always something visually engaging for viewers. Once these elements were arranged, they were rendered out into an image sequence and re-imported into After Effects so I could composite looping animations for lights, smoke, and other details like a repair drone that flies by infrequently.

While the hangar environment worked well for official community streams, there was a separate request for some visual elements individual players and streamers could use during gameplay. The actual battles take place with a cockpit-view UI, so I wanted to make something that felt like a relatively seamless extension of the various mech cockpits that existed in the game, while still providing chat, camera, and notification functionalities. I did a quick mock-up of various gauges, dials, and buttons, and then rendered that out as a static image. I brought that into After Effects and began the process of creating looping animations for individual elements in order to create visual interest. These assets were ultimately exported out as separate left- and right-side video elements (webm and mov) for use in streaming software like Streamlabs OBS. 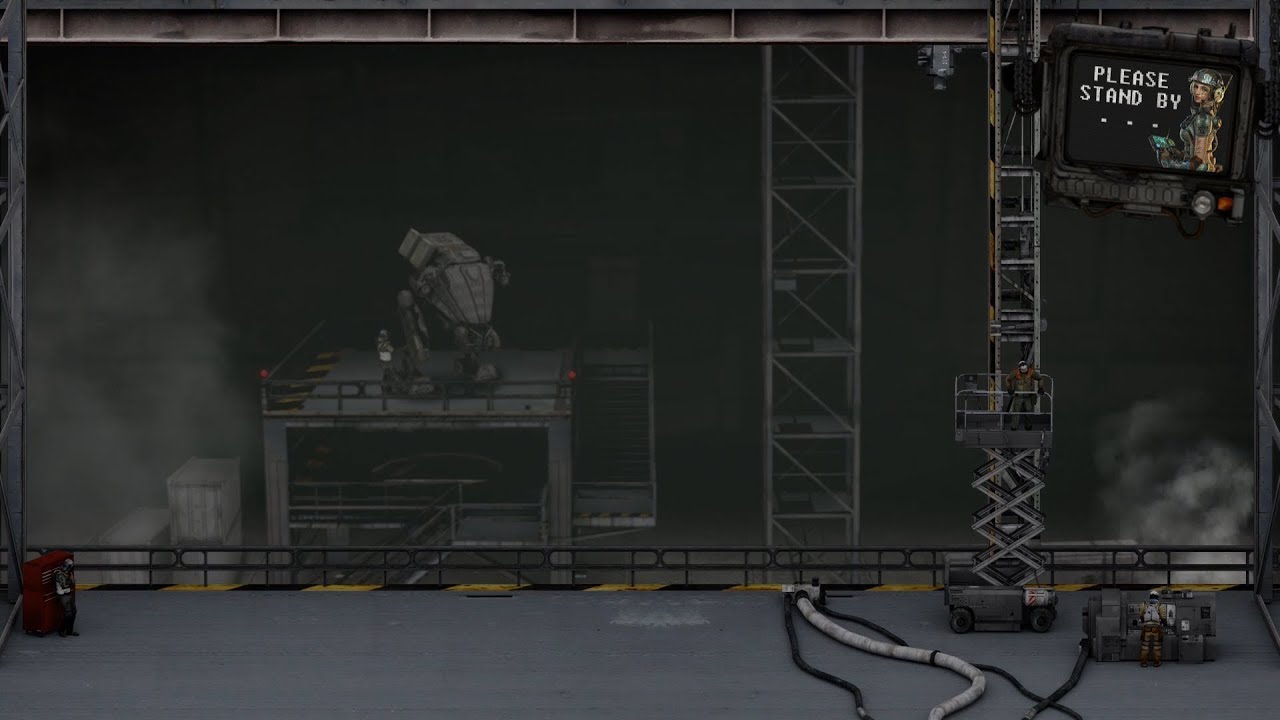 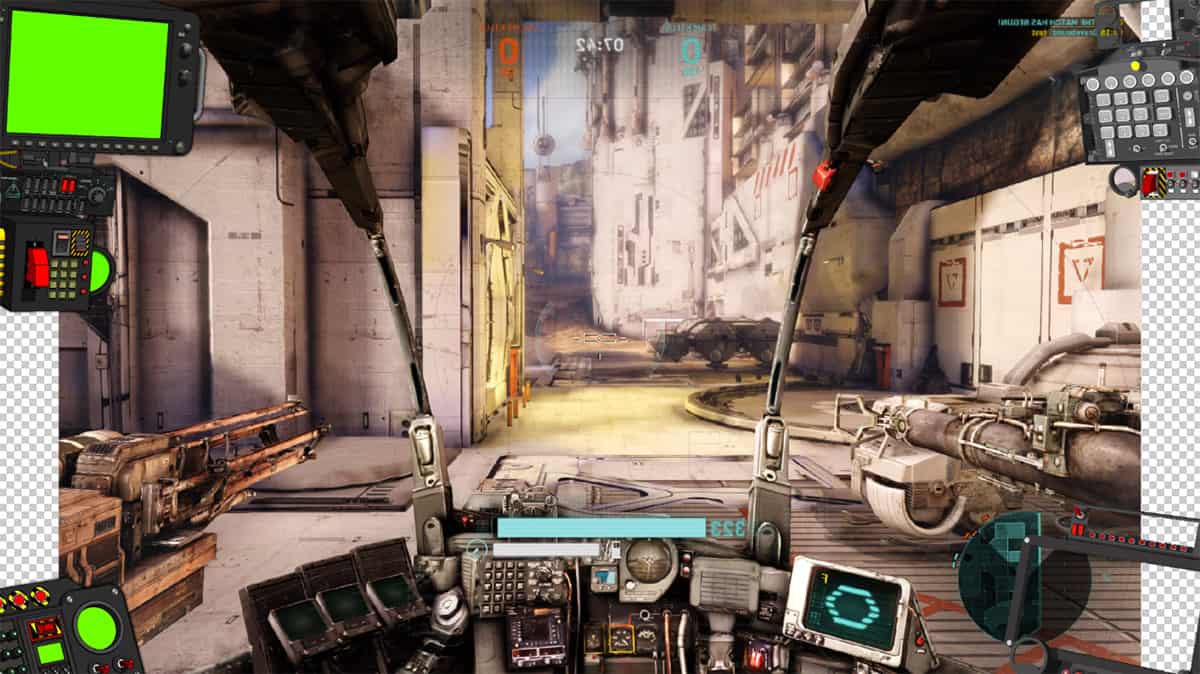