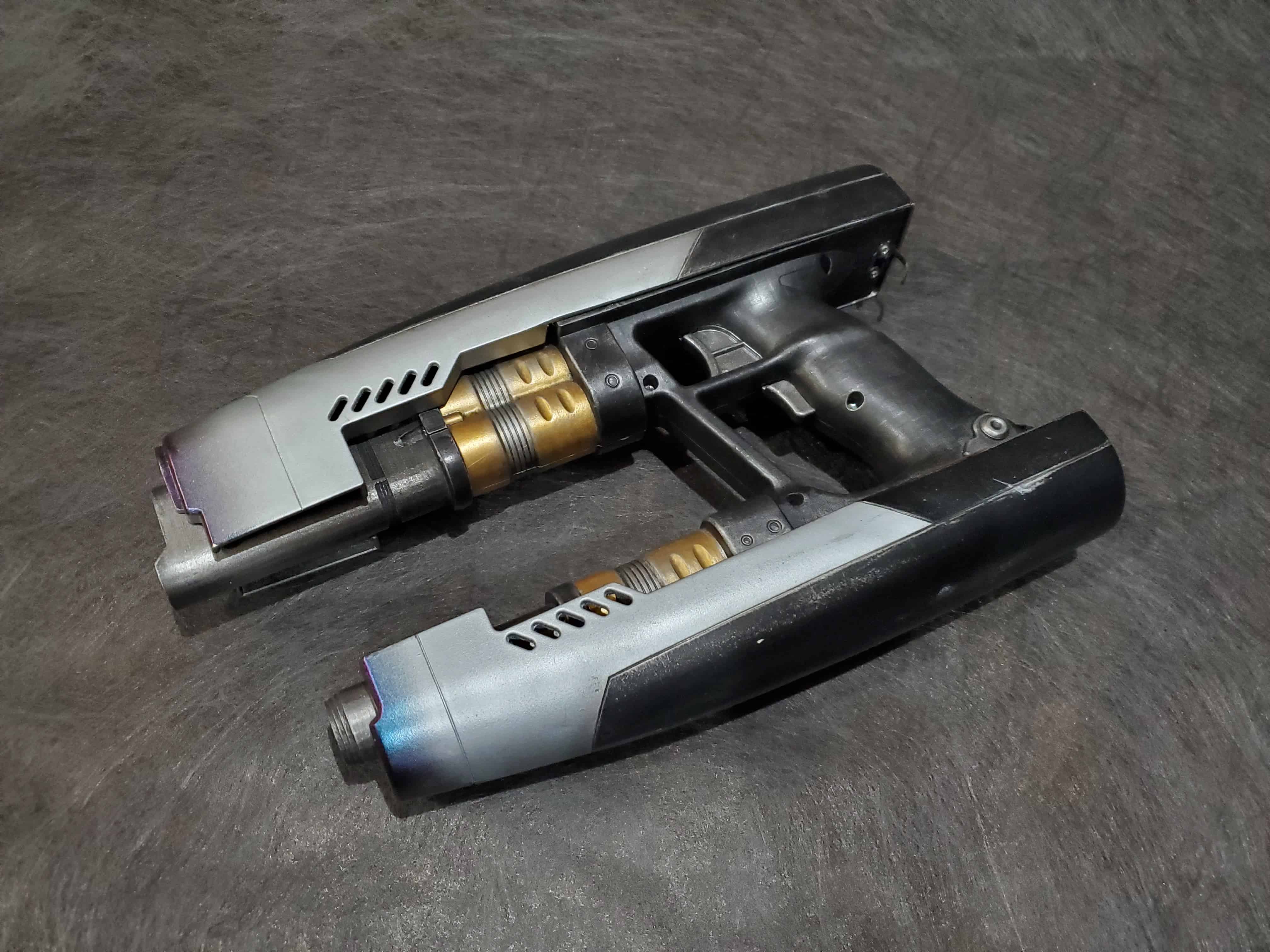 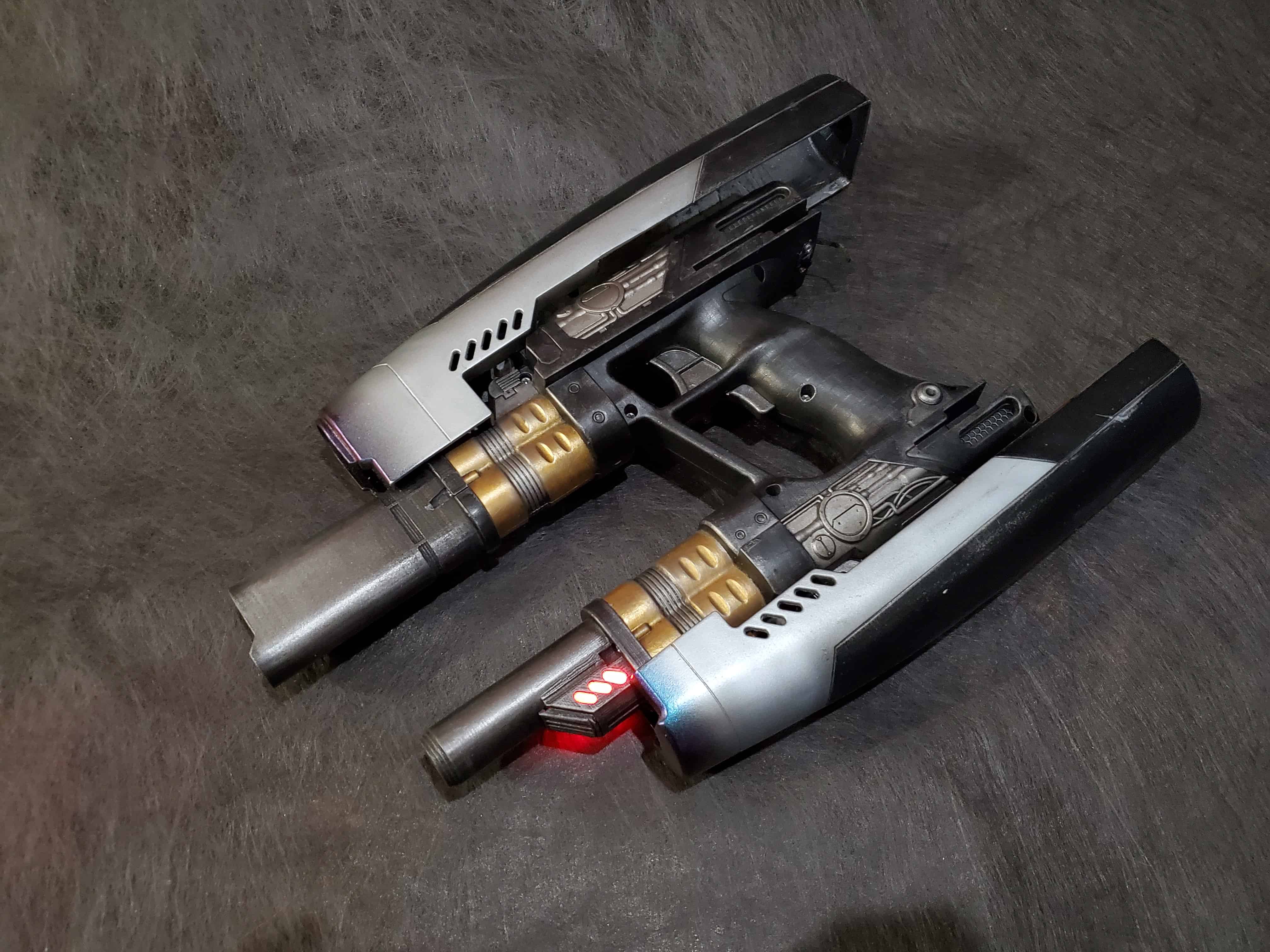 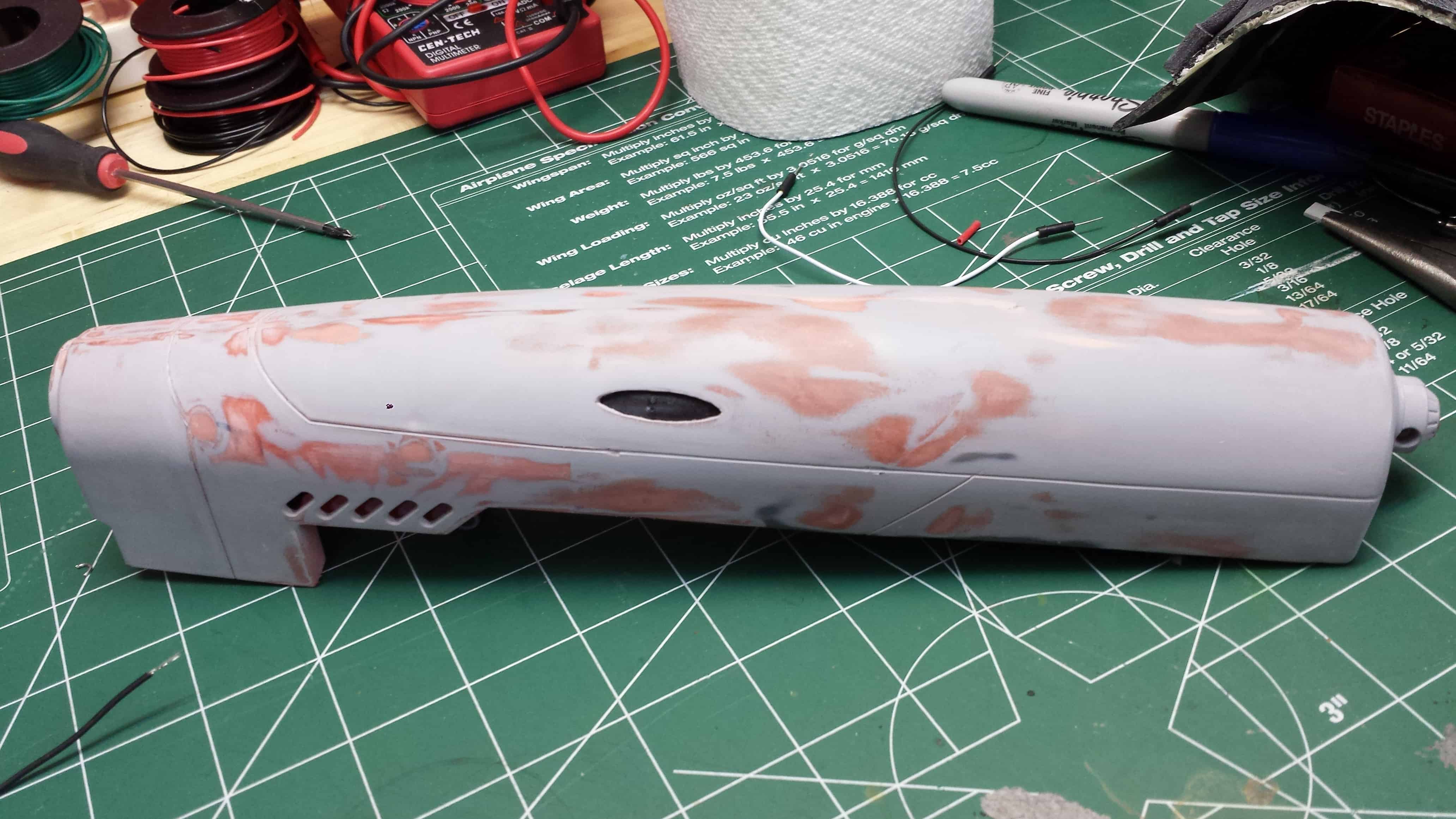 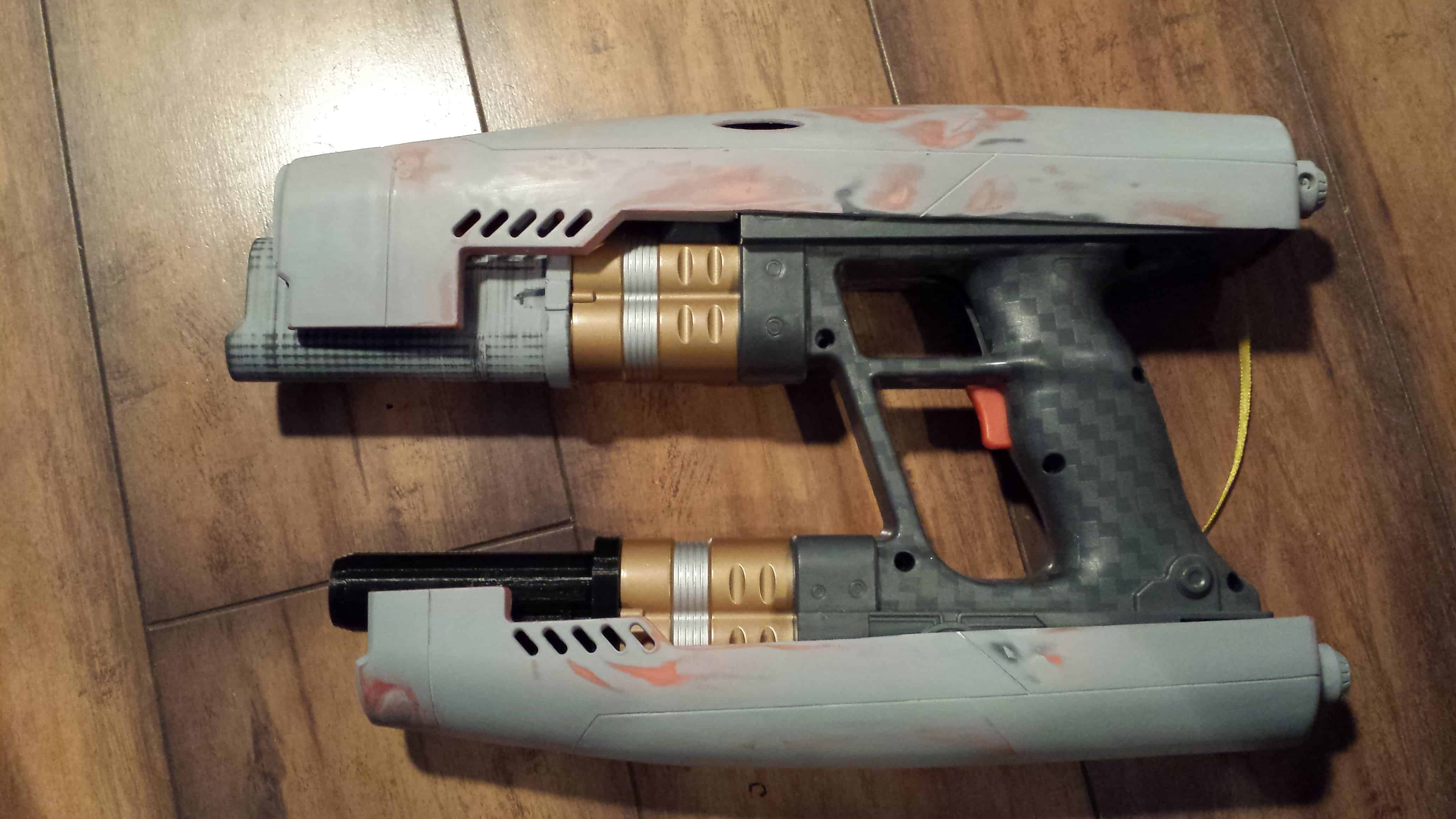 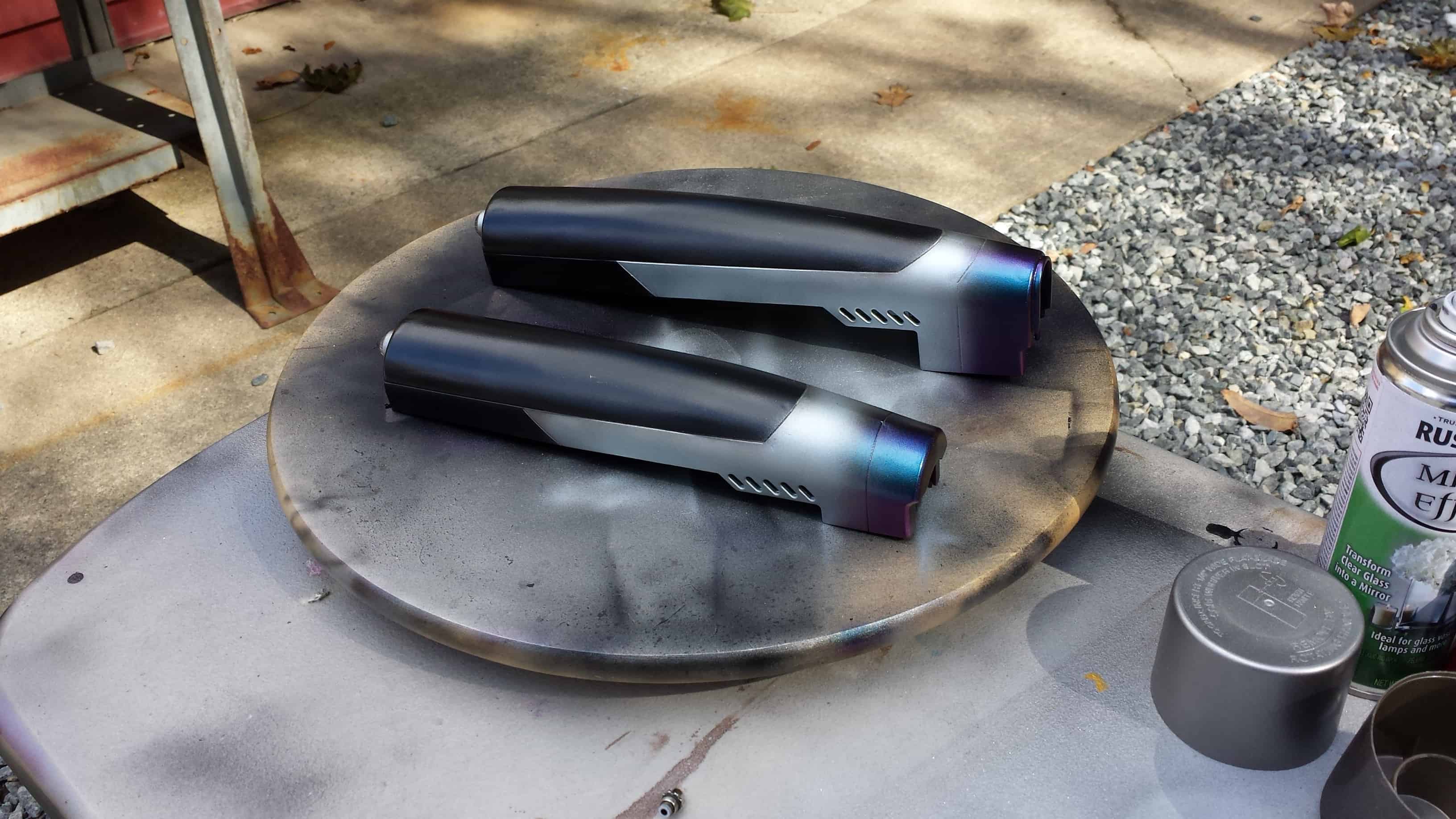 A slightly loose reproduction of Star Lord’s blaster from the original Guardians of the Galaxy movie. This prop was based off a Nerf gun shell, and early on I decided that I wanted to have a blaster that could still ‘fan out’ and open up. In my mind, it wasn’t hard to envision this as an ‘overheated’ mode – something you could easily imagine Chris Pratt’s take on Peter Quill having a comedic relief moment with. In order to make this work, I designed and 3D printed hinge mounts that would keep the gun fairings perpendicular as they popped up and backwards.

I built up the fairings on the top and bottom of the gun with Bondo and scribed the panel lines and other details I wanted back into them as I went. These got painted with an oxidized fade effect towards the nozzle end of each barrel to better match the screen-used prop.

On the electronics front, I carved out a space for a 9V battery that would be easy enough to replace. I found space behind the dual triggers to put simple tactile switches for firing the lights and sound effects I wanted, and was able to find a pair of oval speakers online that were the perfect shape and profile to tuck into the barrels I had designed. A set of RGB LEDs was installed in each barrel, along with some sanded acrylic to diffuse the light, and an Arduino micro-controller and sound board were built into the handle. For authenticity’s sake, I was able to dig up the blaster sound effects from Star Lord’s files in the old Marvel Heroes video game, which I set the Arduino up to choose from at random when the trigger was pulled. The start-up and overheating sound effects were courtesy of Ghostbusters, because, well, why not? 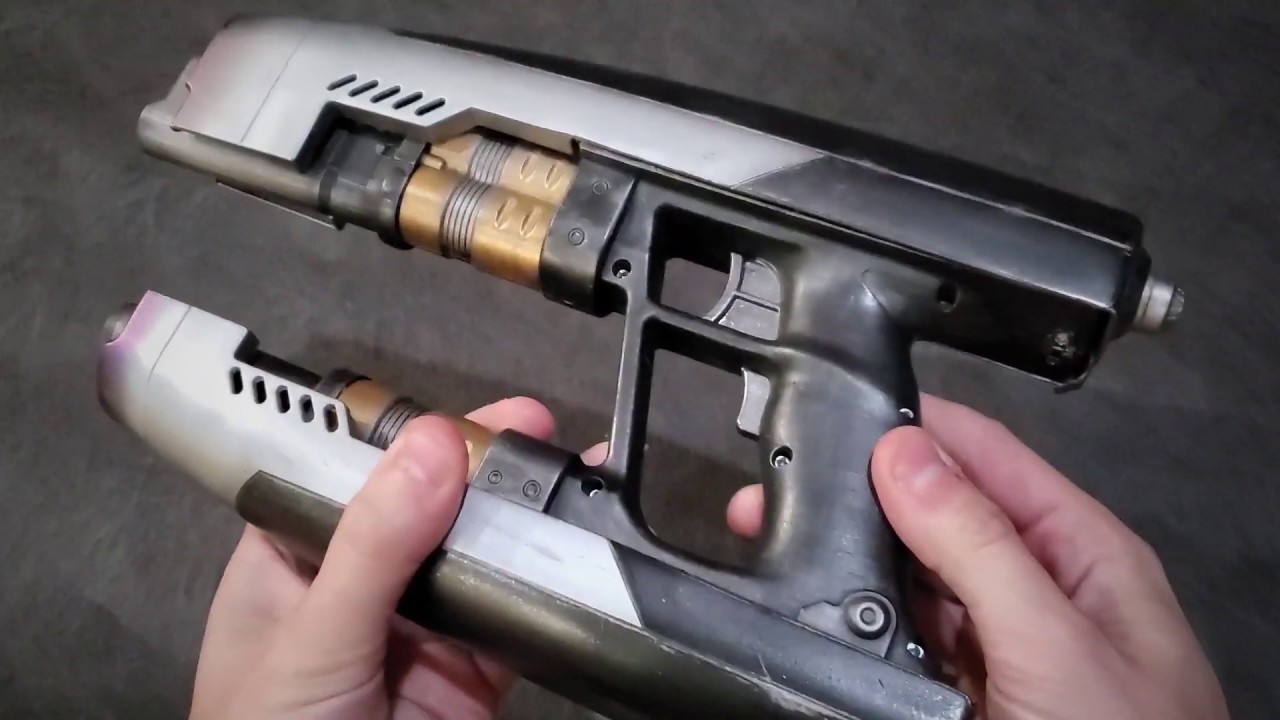