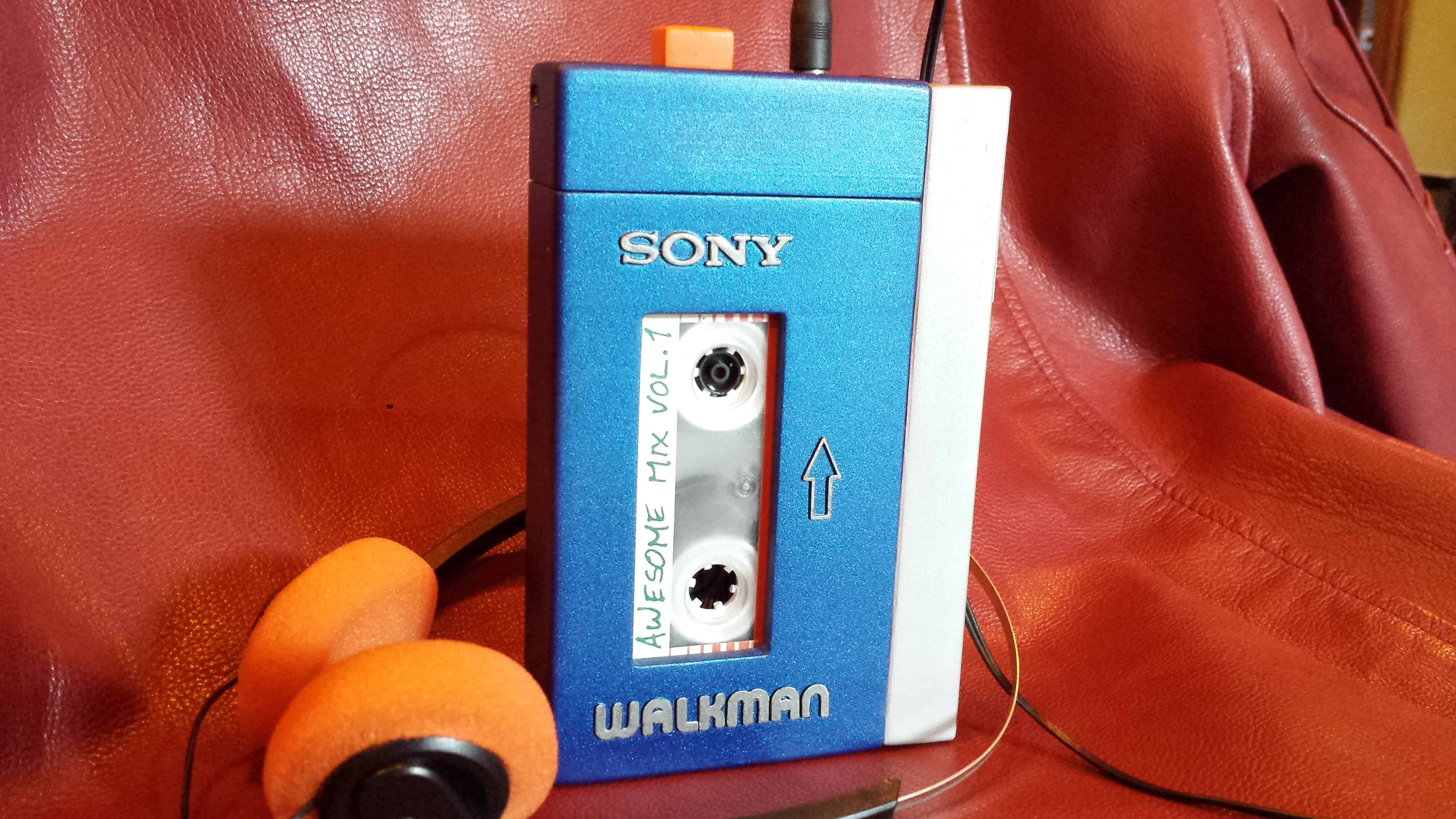 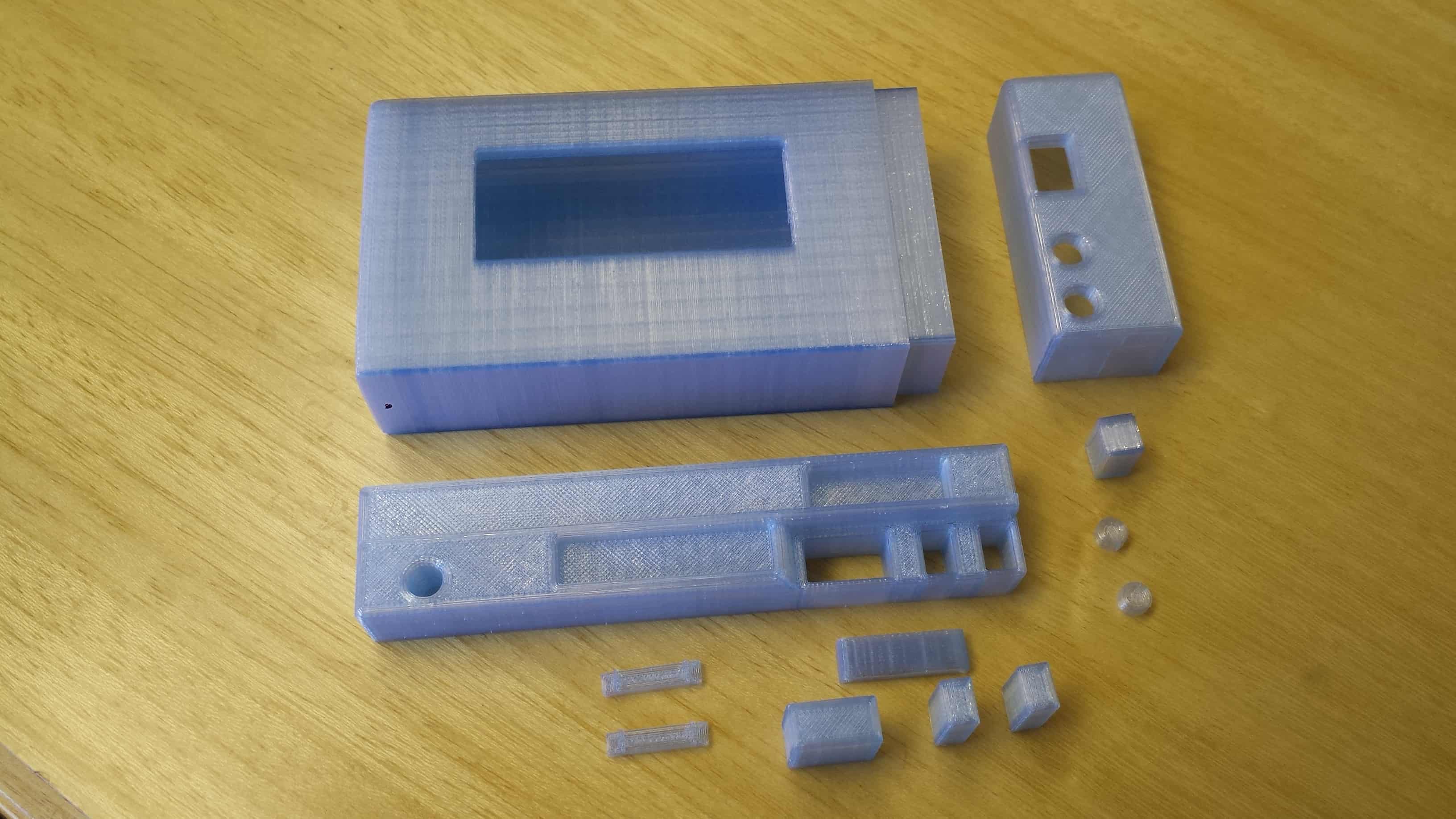 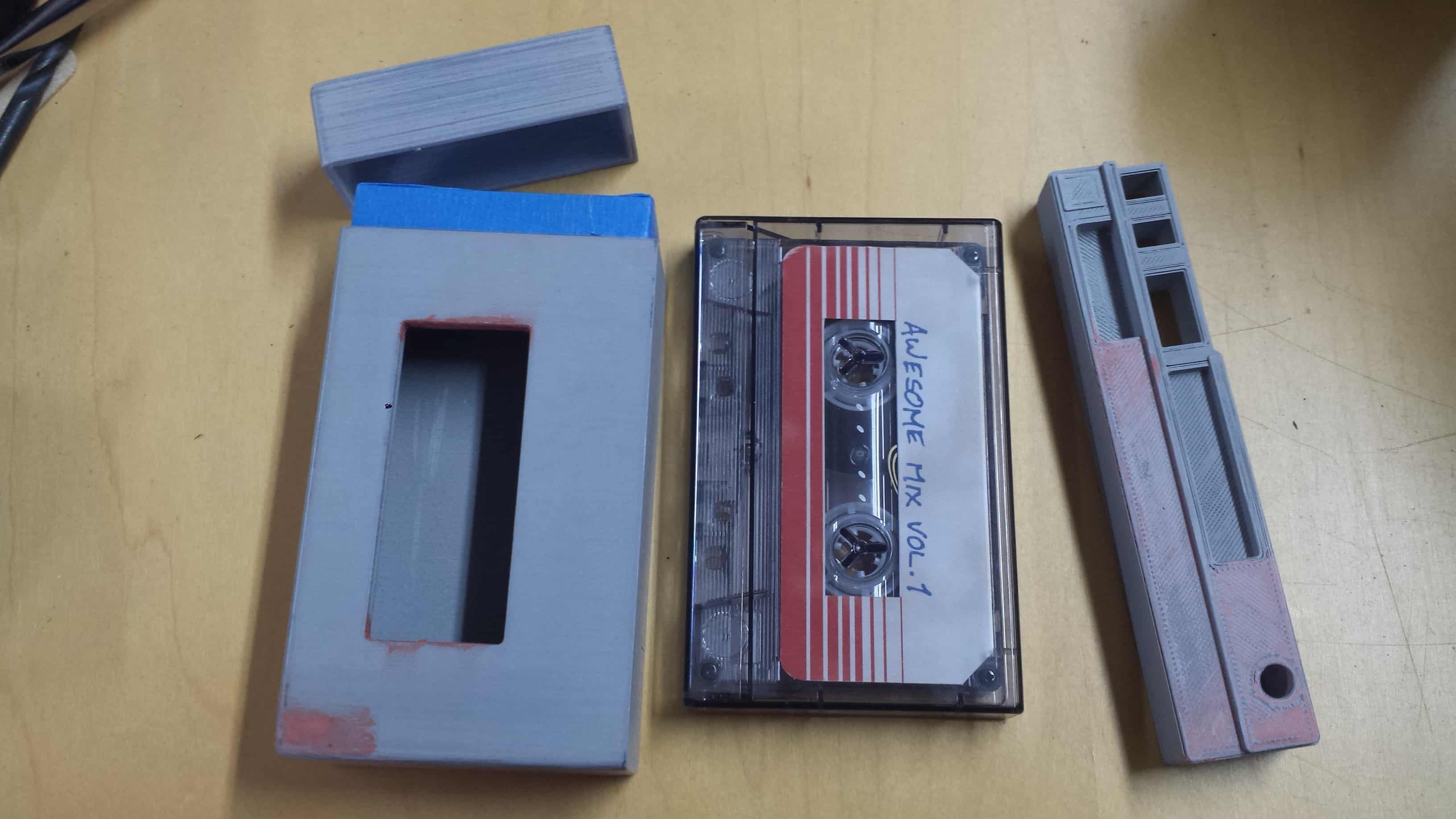 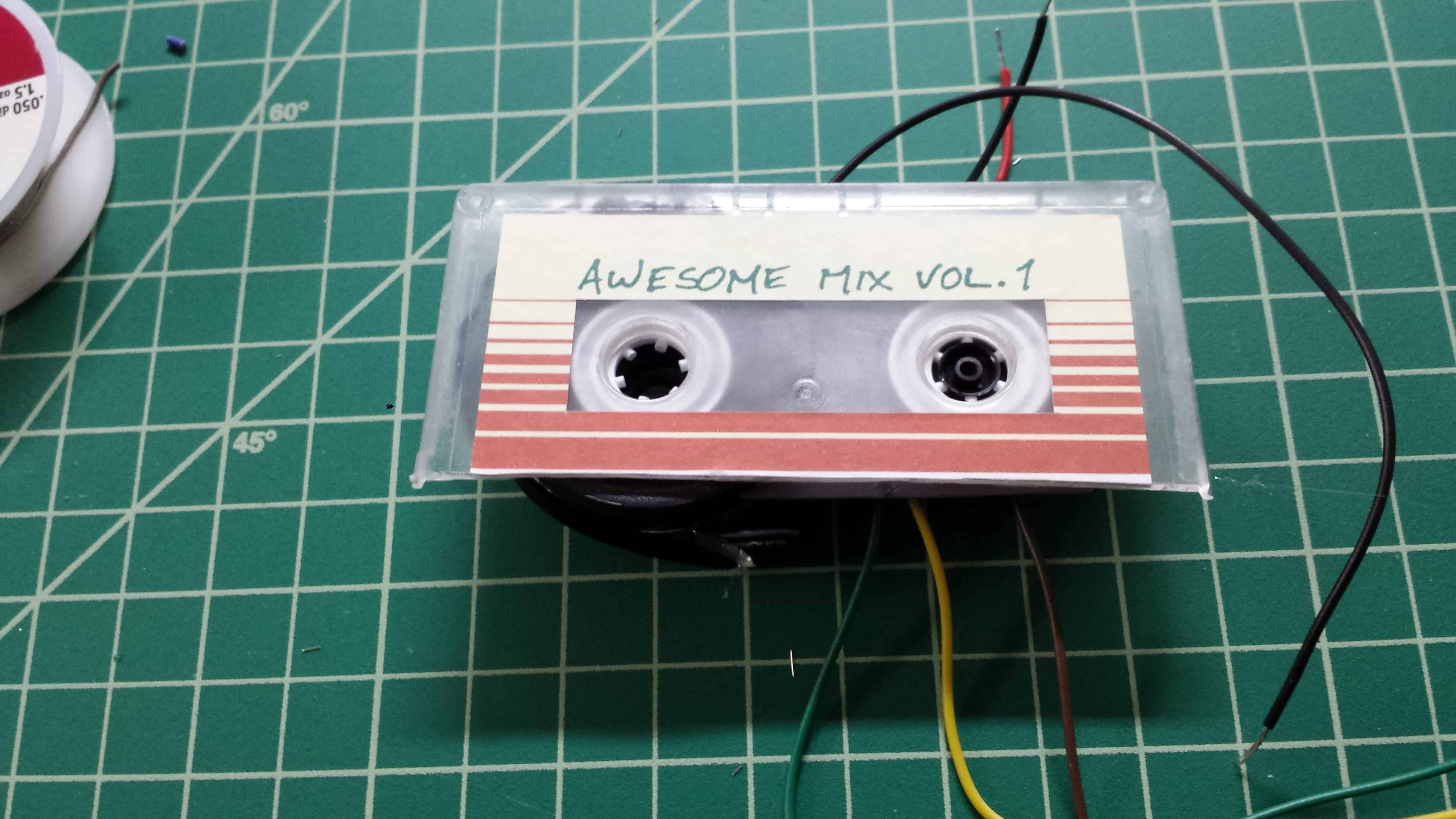 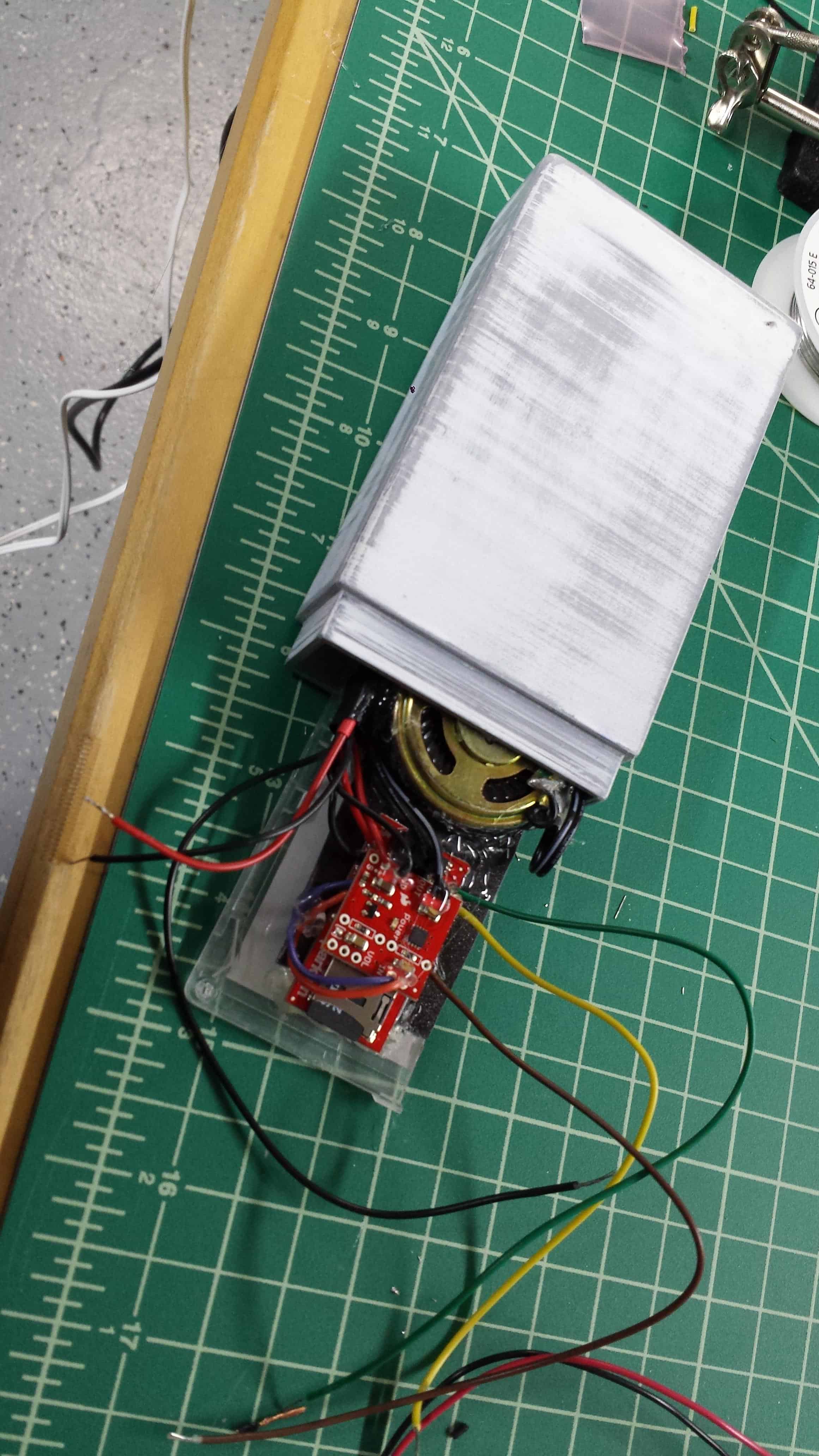 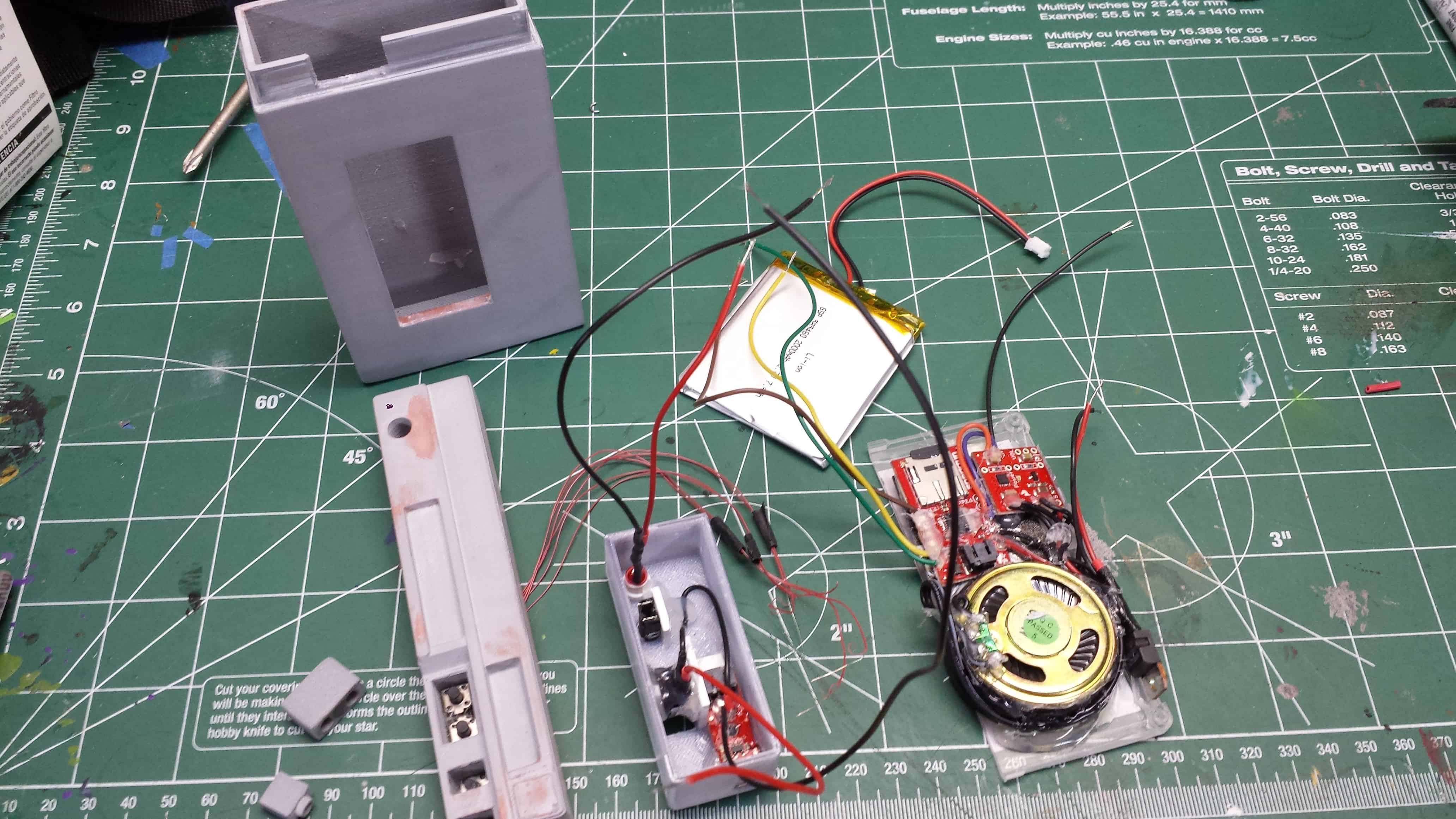 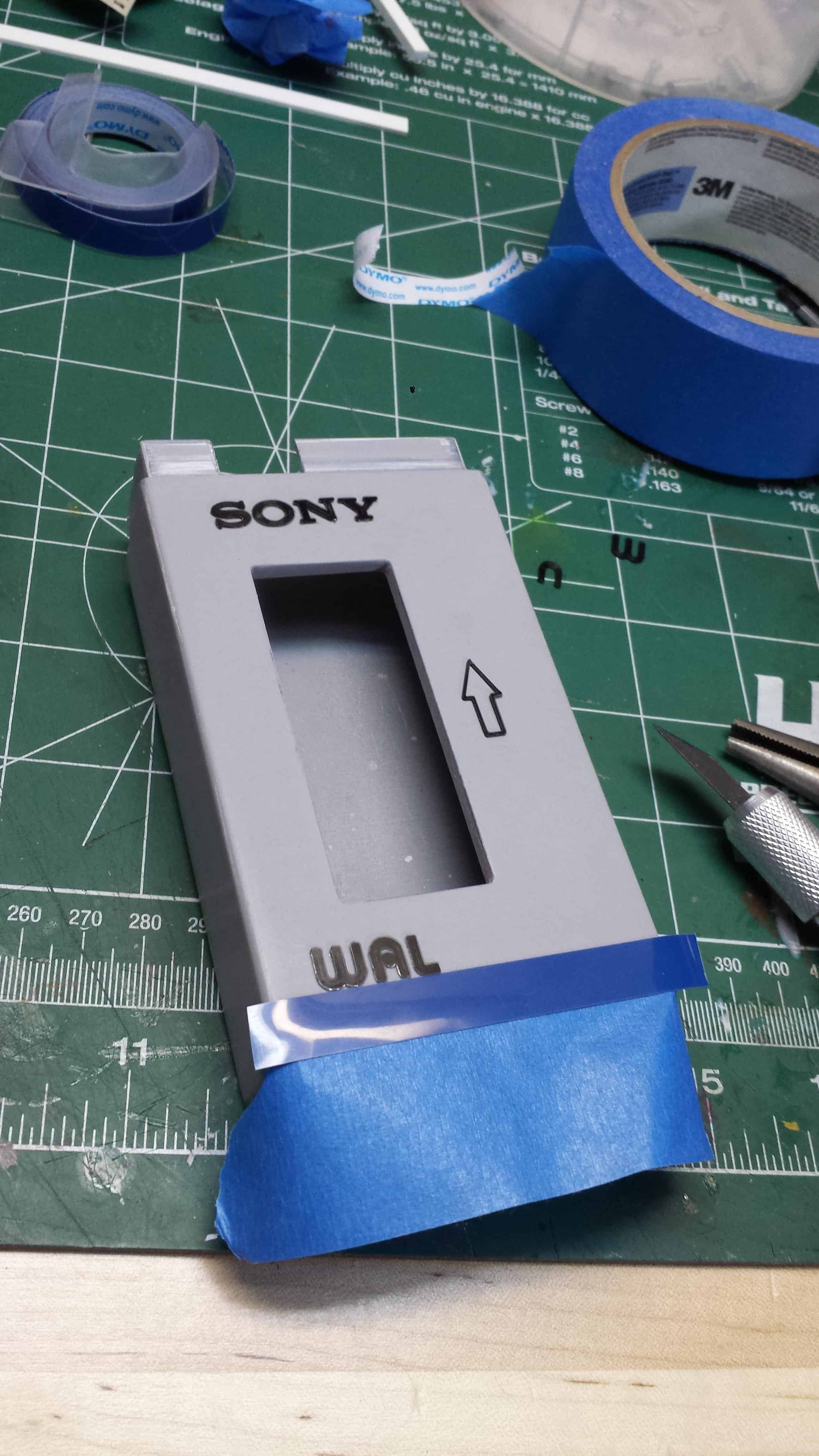 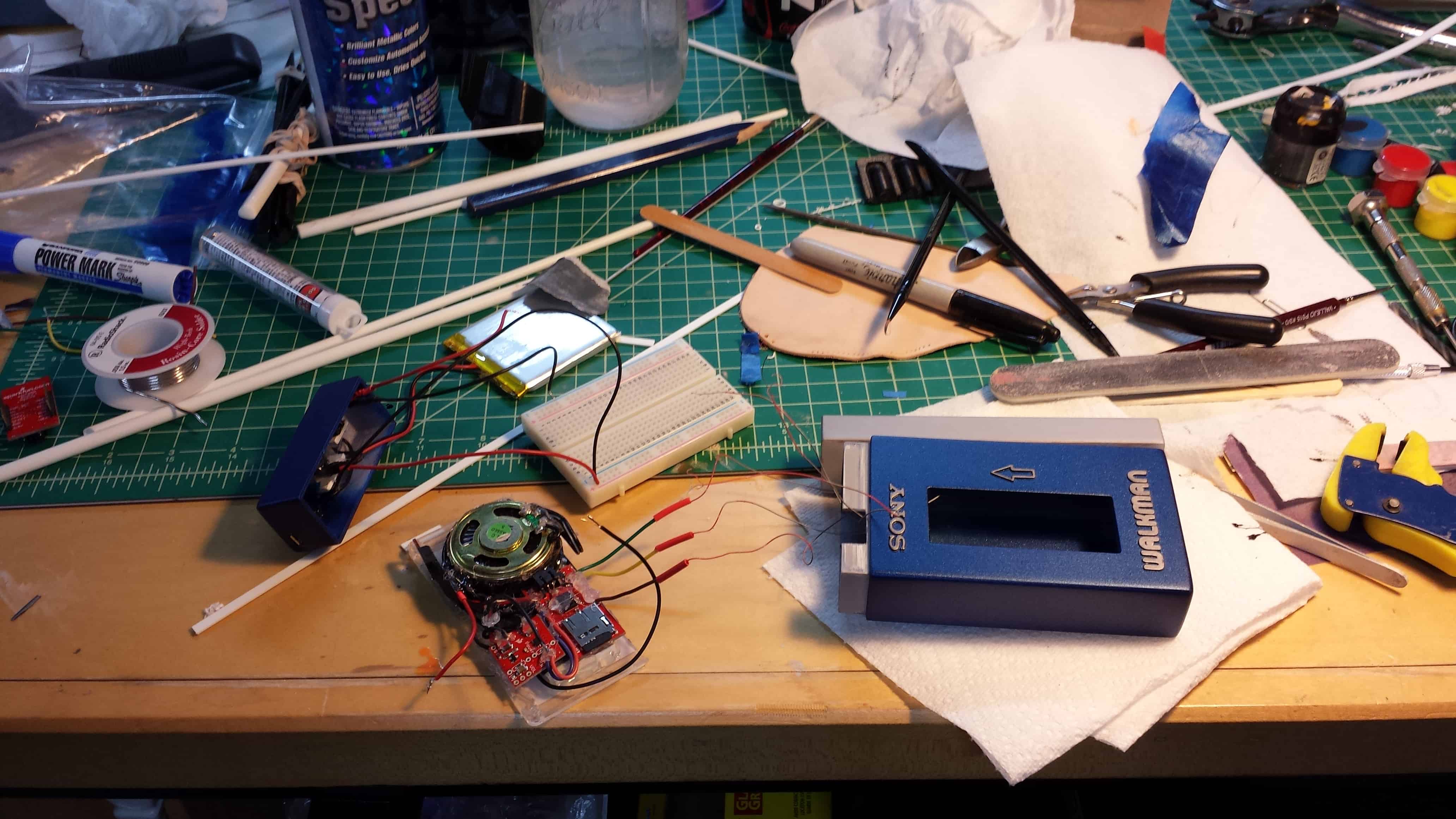 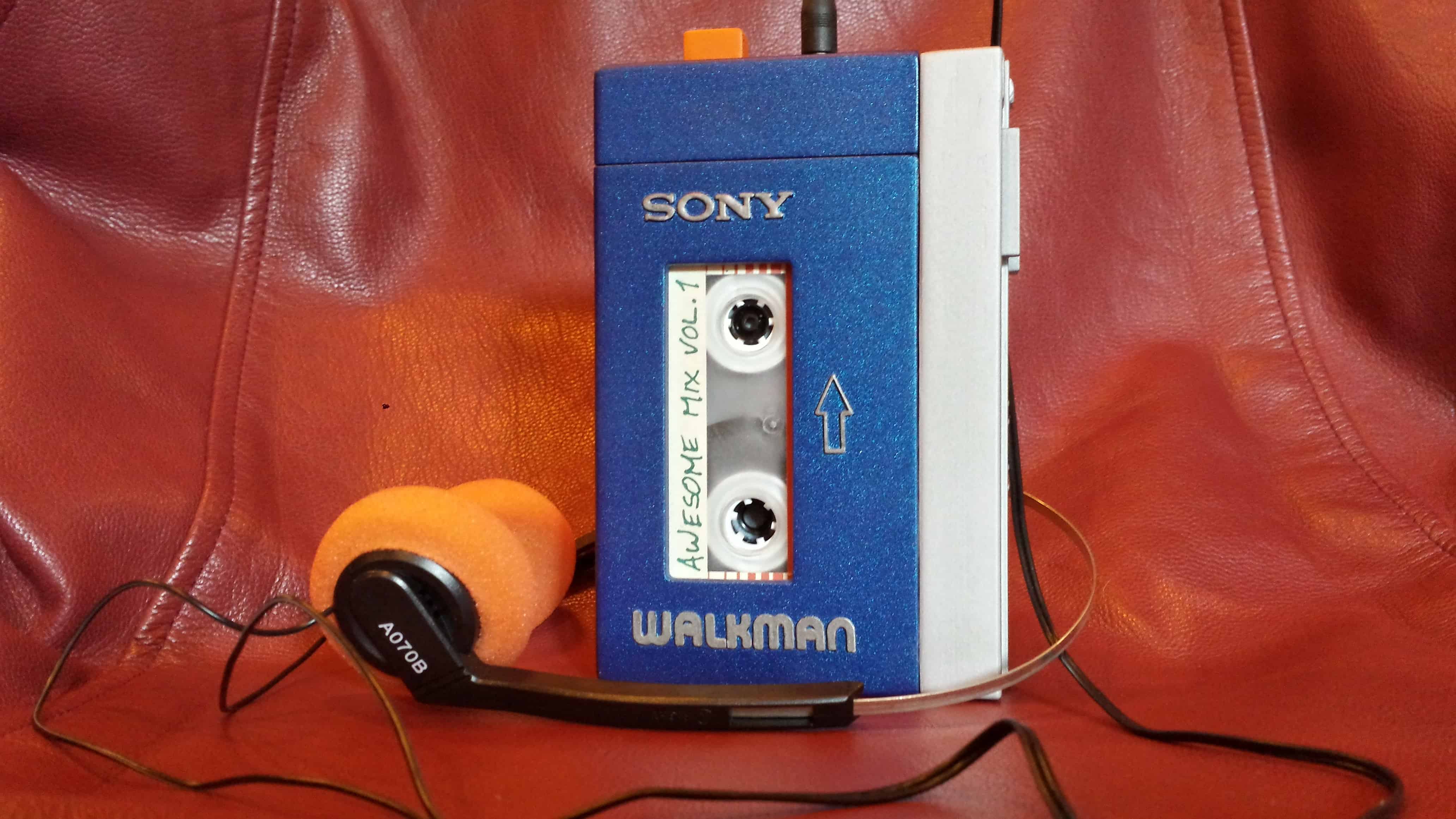 After the first Guardians of the Galaxy movie came out, the value of these Walkmans skyrocketed. This made getting my hands on one basically impossible. Fortunately, I had 3D printers at my disposal, and a willingness to tinker.

The base shape of the Walkman was modeled and printed in PLA as a mostly hollow shell. I appropriated an old cassette tape, made a new label for it that matched what was shown in the film, and ended up cutting the cassette down to just the parts that would be visible through the front window of the Walkman. This left me with enough room to tuck a battery, sound board, and micro-controller into the body of the Walkman. A sizable speaker was mounted behind the front hole of one of the cassette reels so that the Walkman could share its jams without having to use headphones. Given that I did not have access to a laser cutter at this point in time, I opted to model and 3D print the “SONY” and “WALKMAN” text on the front of the device in PLA plastic, and then glued the letters on individually. The Walkman mainly was painted in an automotive metallic blue.

The buttons on the side of the device were used to control the music playback in a manner that you might expect – start, stop, next, previous. The orange button at the top of the Walkman was converted into a master on/off switch, and an LED was installed behind the top headphone jack to indicate if the device was powered or not. The final touch was simply to load the film’s soundtrack onto the SD card connected to the micro-controller inside. 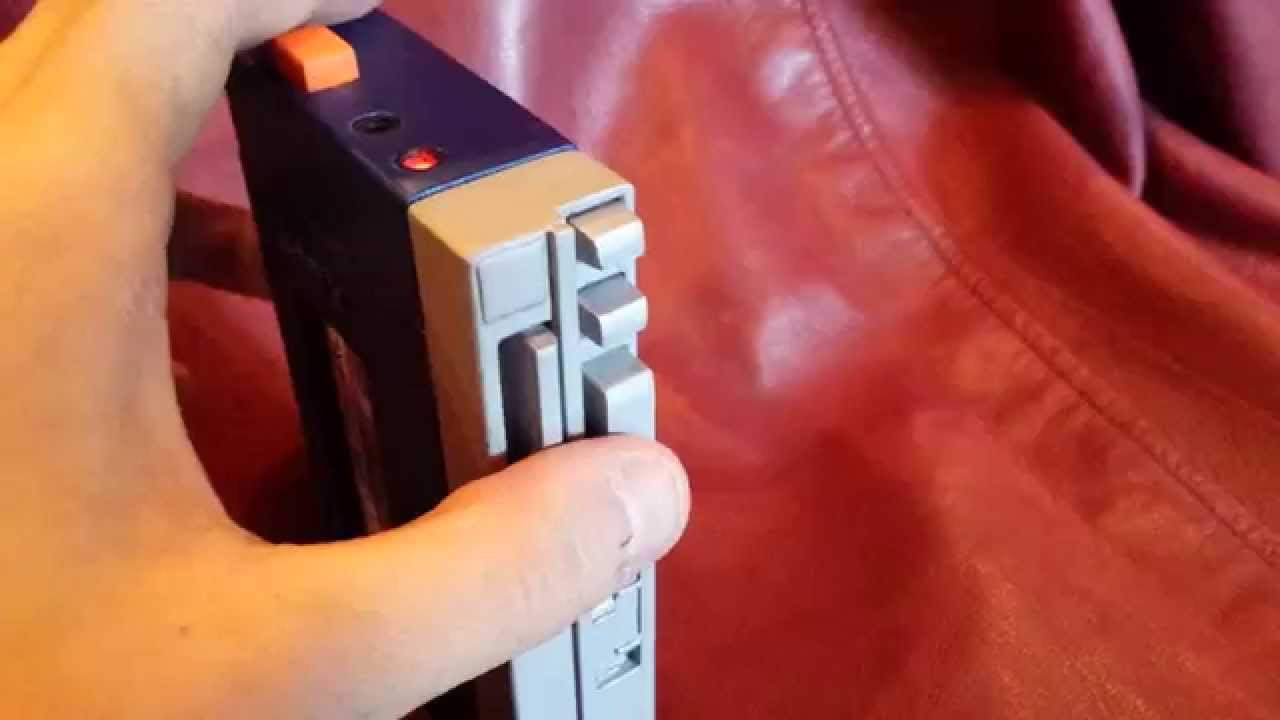