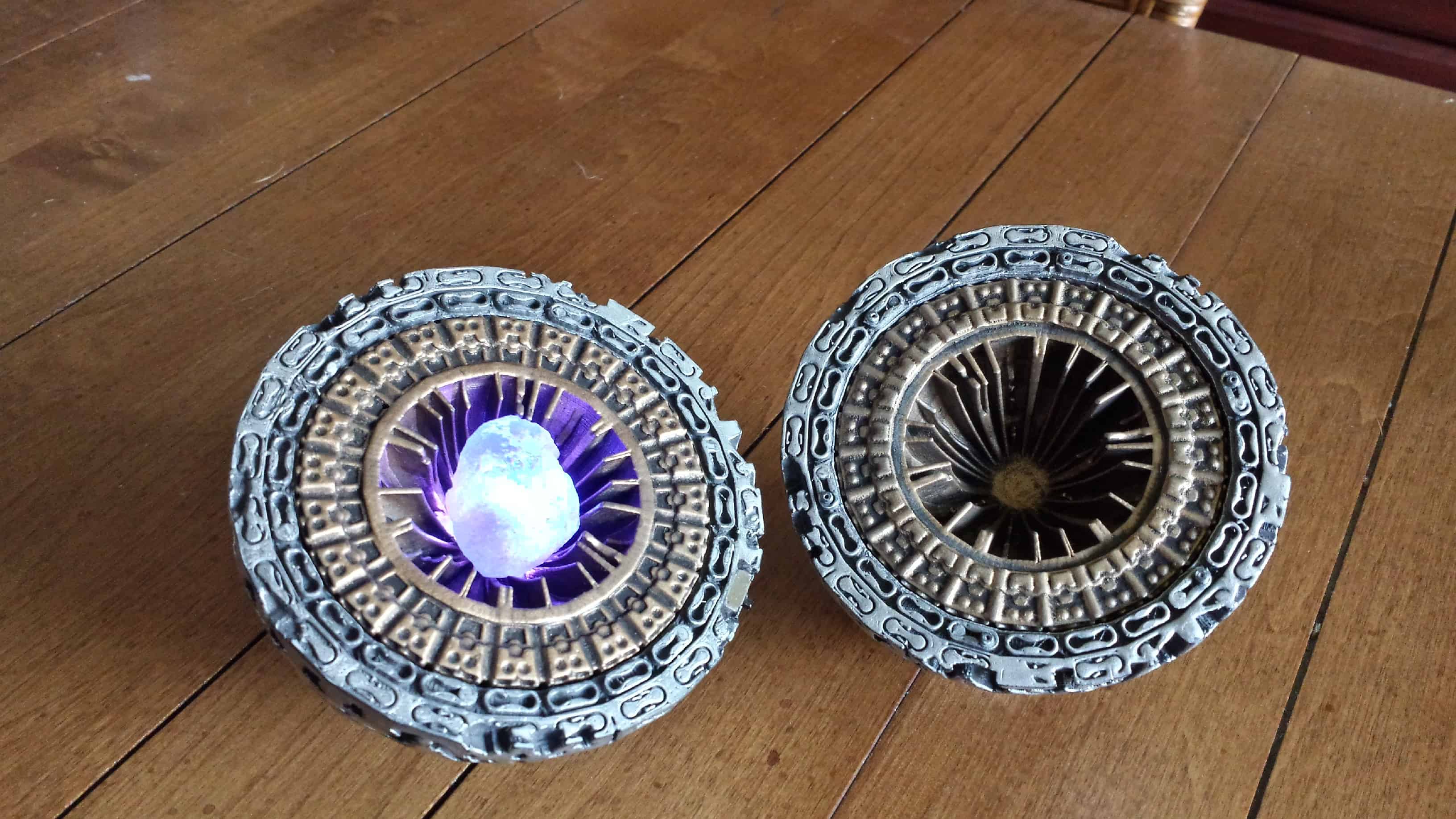 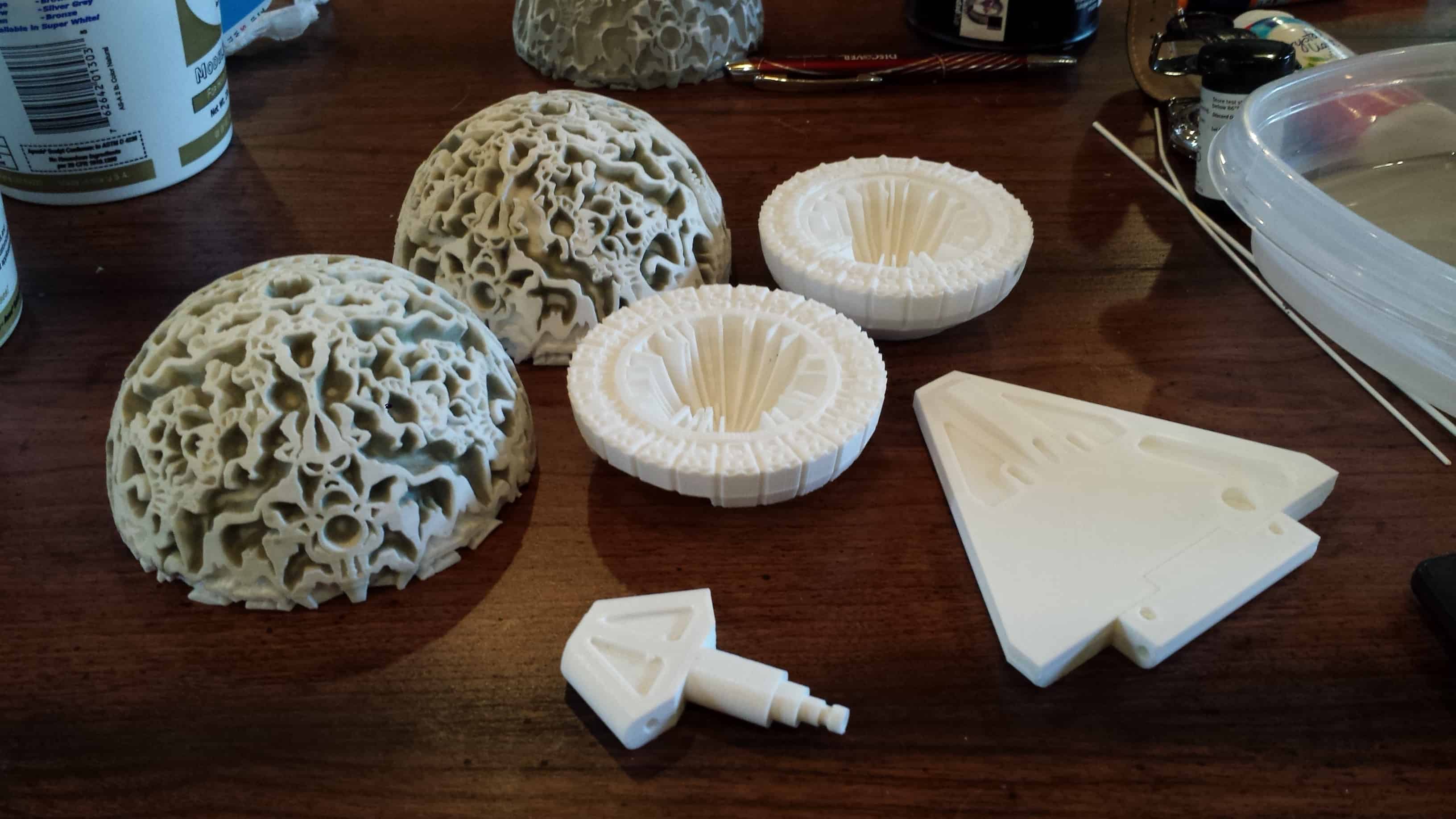 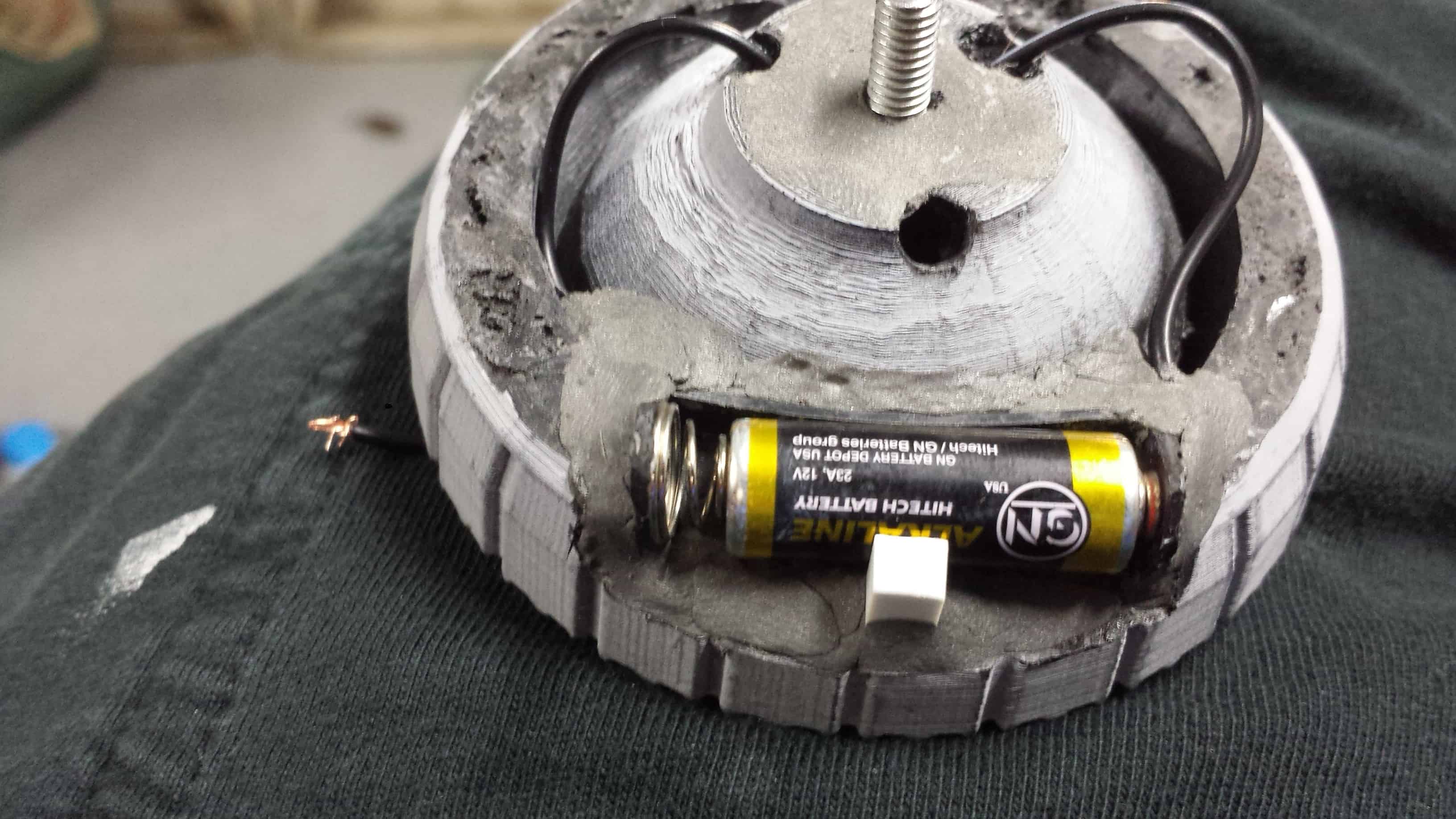 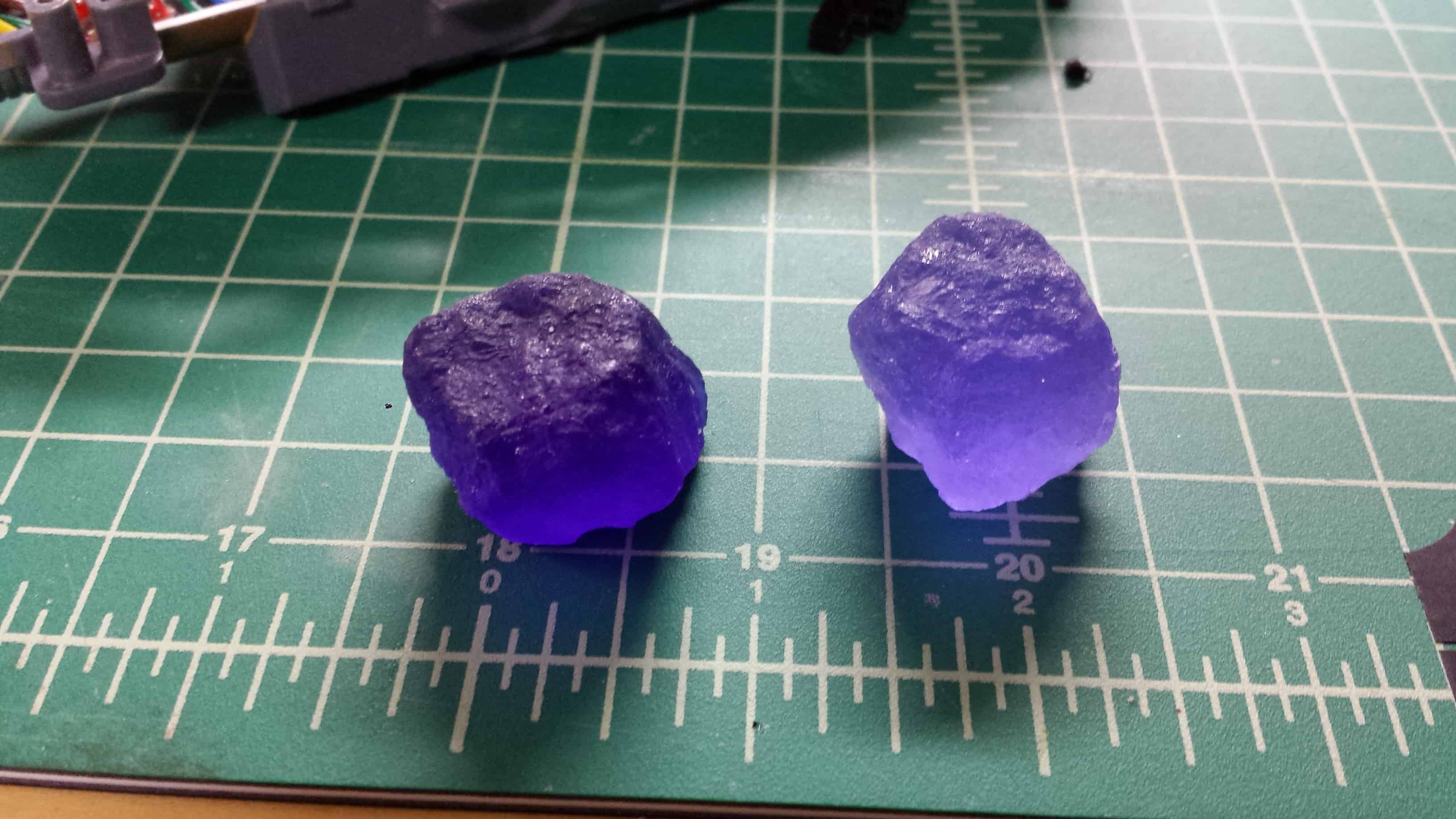 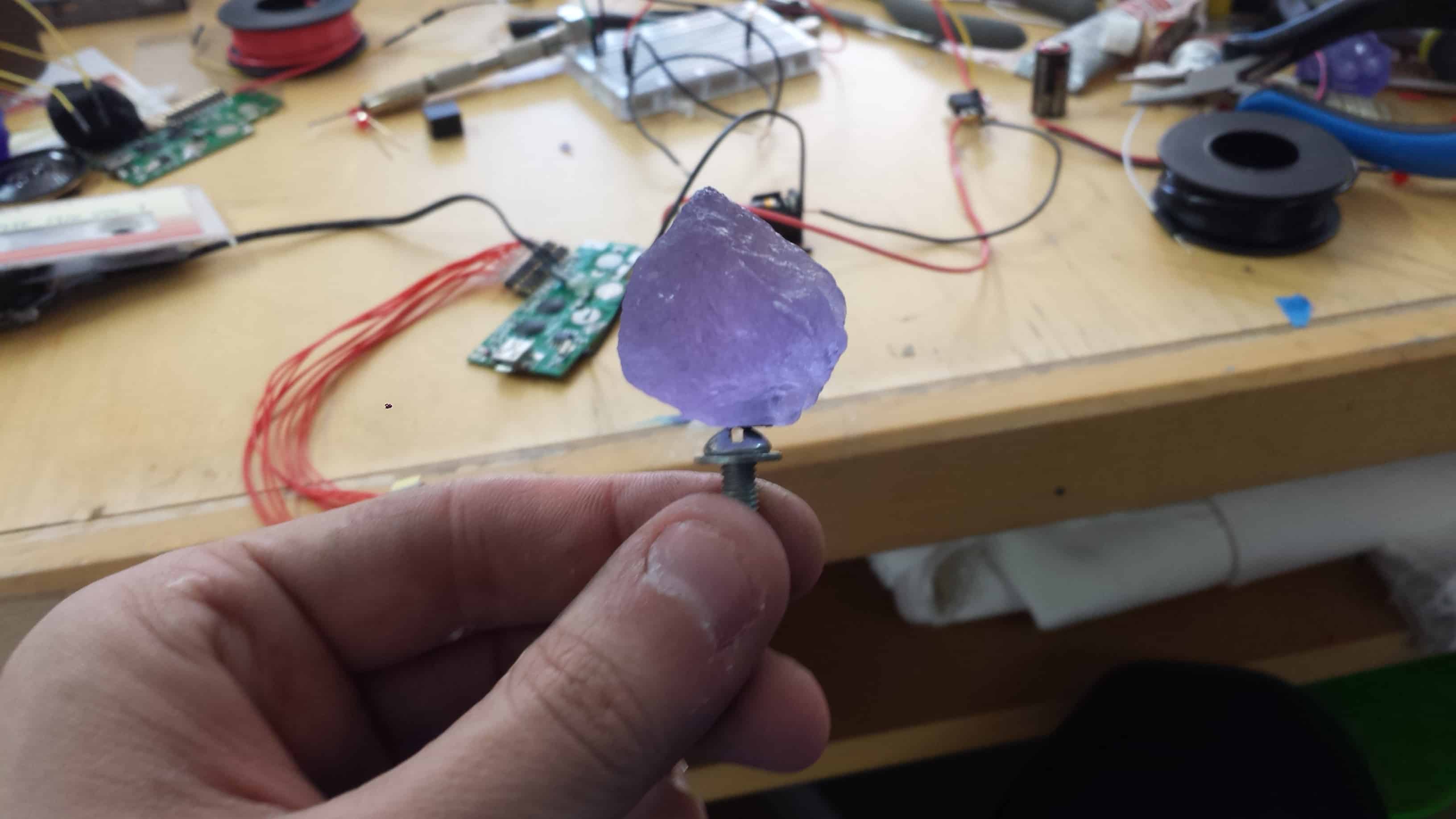 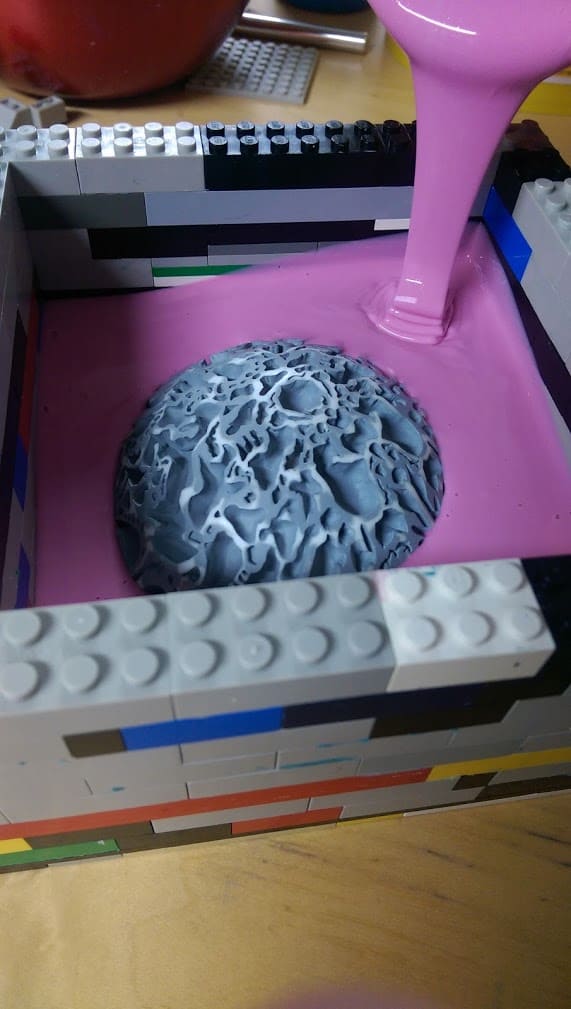 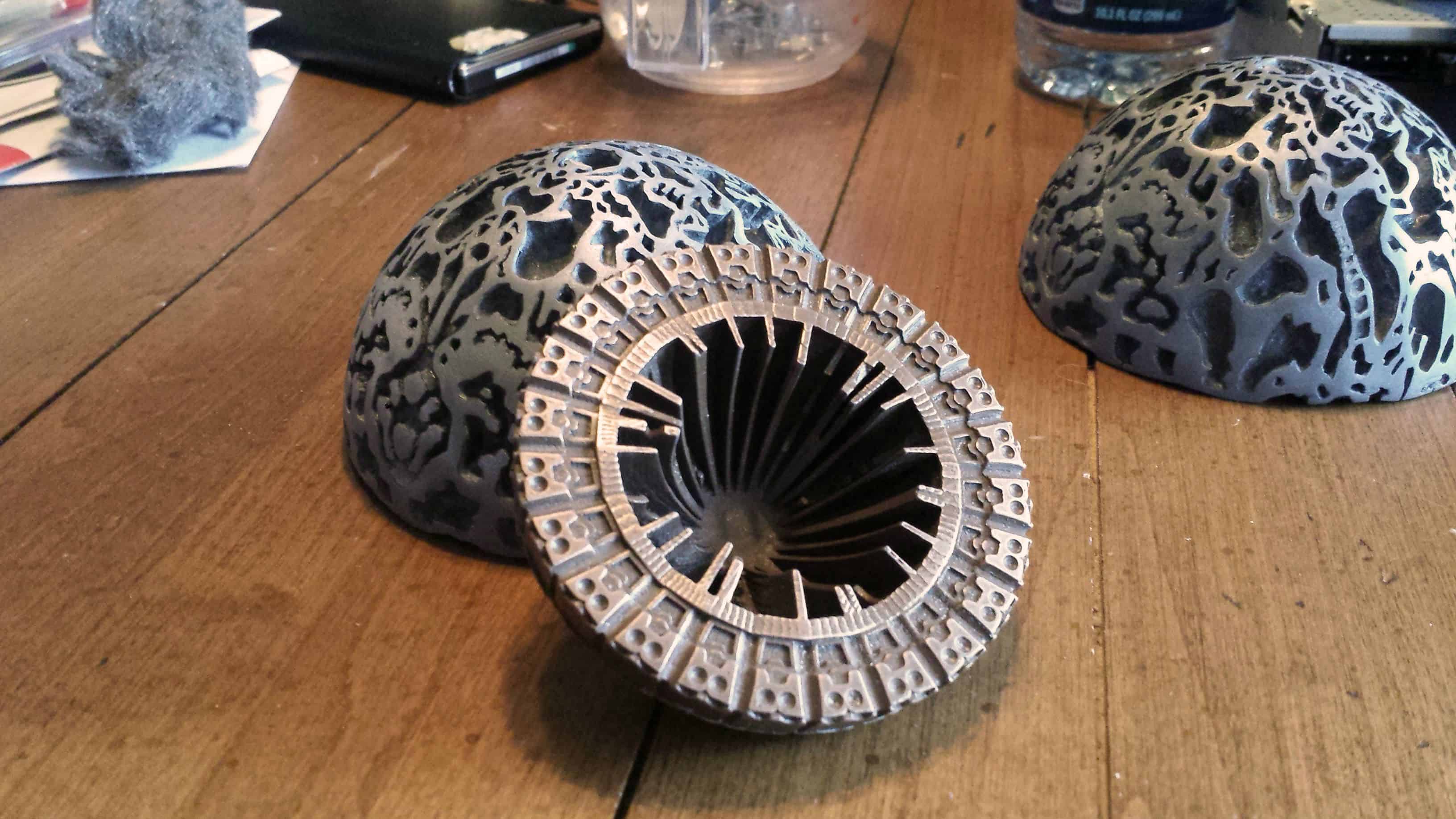 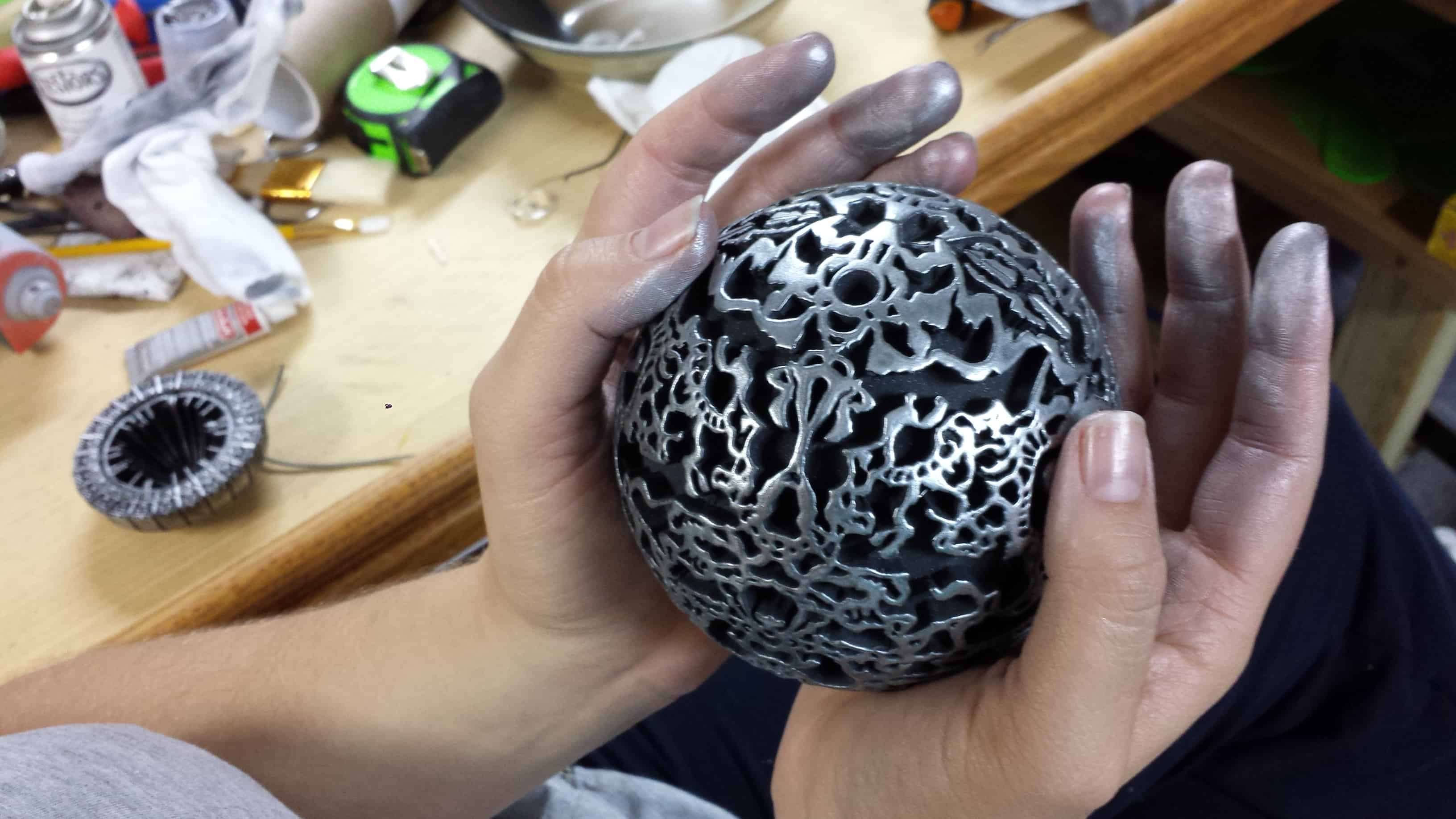 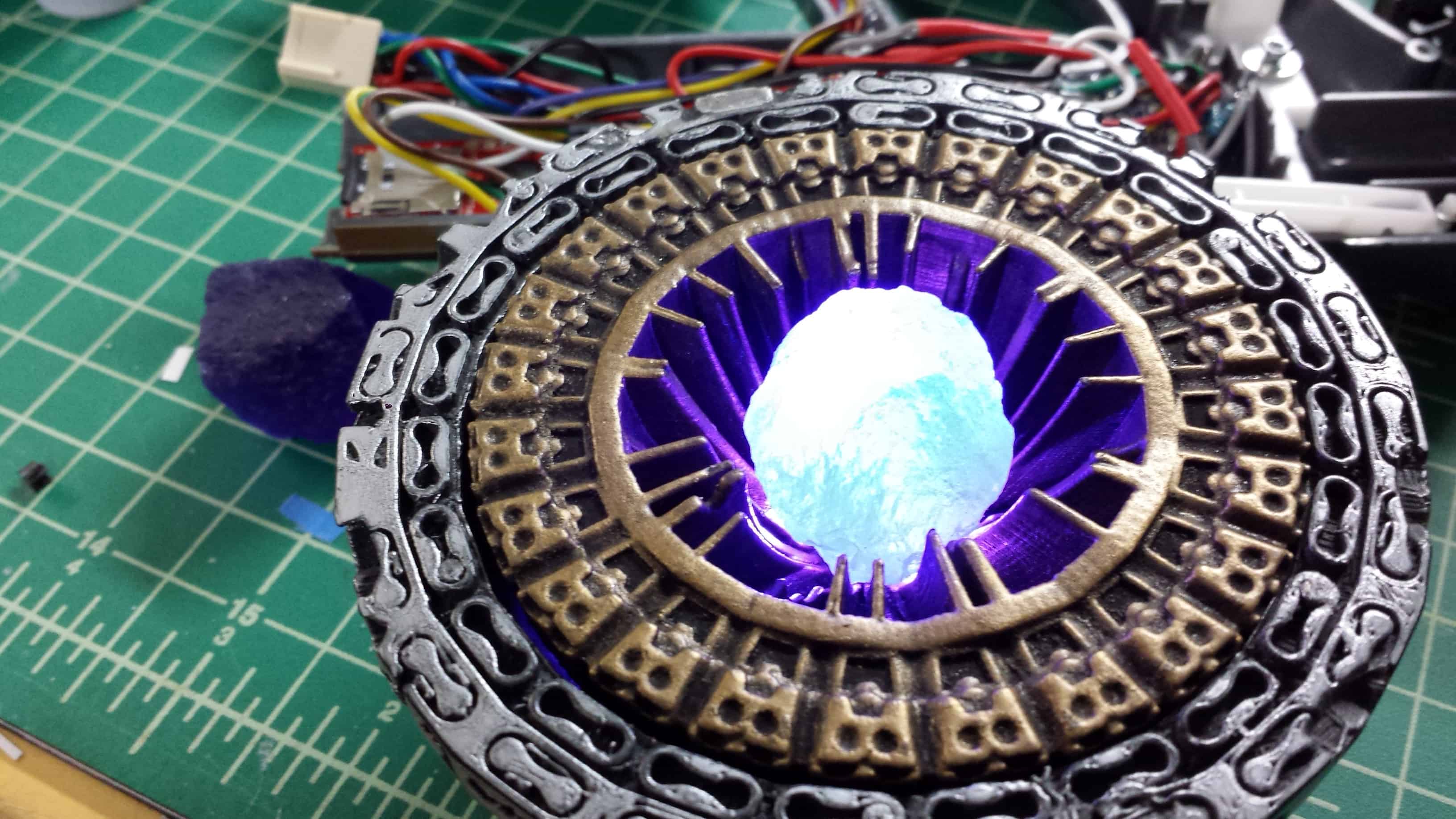 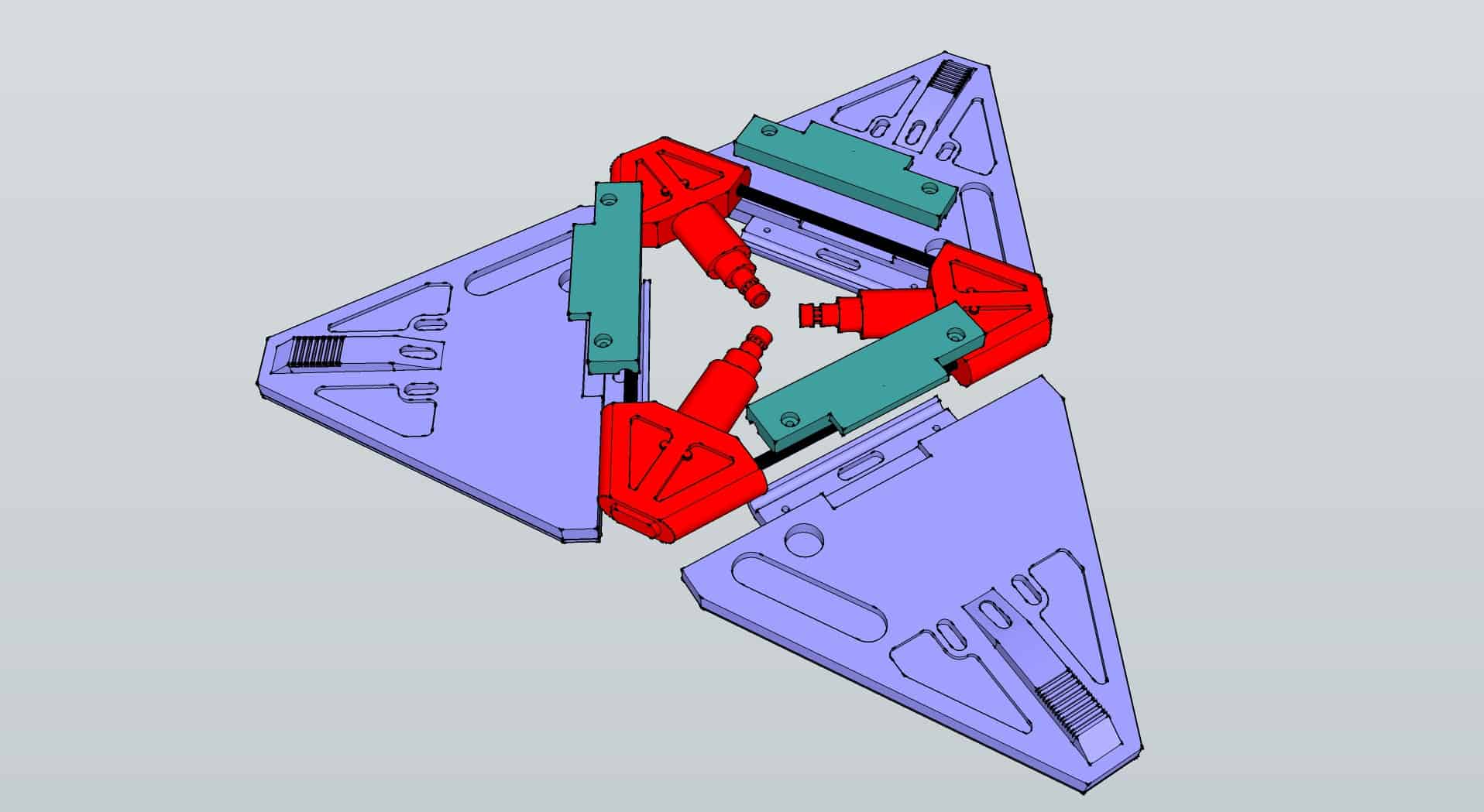 This was meant to be a recreation of the plot Macguffin from the first Guardians of the Galaxy movie. I 3D printed all of the major parts and tested various ways of finishing them, including spray painting, Rub n’ Buff wax metallic finish, and making cold-cast copies with metallic powder. Ultimately, the cold cast copies were my favorite, mostly because the weight the finished item had made the orb feel a bit more authentic. I also modeled the triangular electromagnet that Star Lord uses to capture the orb at the beginning of the movie for use as a display base for the finished product.

I went into this project with the goal of embedding an ‘infinity stone’ inside the orb that would light up. Making the stone was actually one of the easiest parts – I simply found a rock in the gravel outside my workshop that looked reasonably full of galactic power, then made a quick mold of it and recast it with a hint of purple dye. The lighting effects were produced by illuminating the stone from underneath with 3 purple LEDs. The LEDs were driven by a small Arduino micro-controller, which I programmed to fade the individual light sources in and out with a random ‘stormy’ pattern. The cast stone had a small magnet embedded in the bottom that secured the stone down onto a screw-post on one half of the orb and held it in a good position for the lighting effects, and I ran the on/off wiring to a small slide switch embedded around the rim of the same side. Power was supplied via a simple A23 battery, which the Arduino was able to step-down and utilize, and which was also relatively easy to change and replace at something like a convention. A set of magnets were installed around the rim of both halves of the orb to help keep the finished product properly closed.

If I were to do this project again, I’d probably build a reed switch in on the rim of the orb that turned the lighting on when it was opened and off when closed. I’d probably also use a rechargeable LiPo battery instead of the A23, as it’d last far longer and wouldn’t require the orb to be disassembled when the battery gets low. 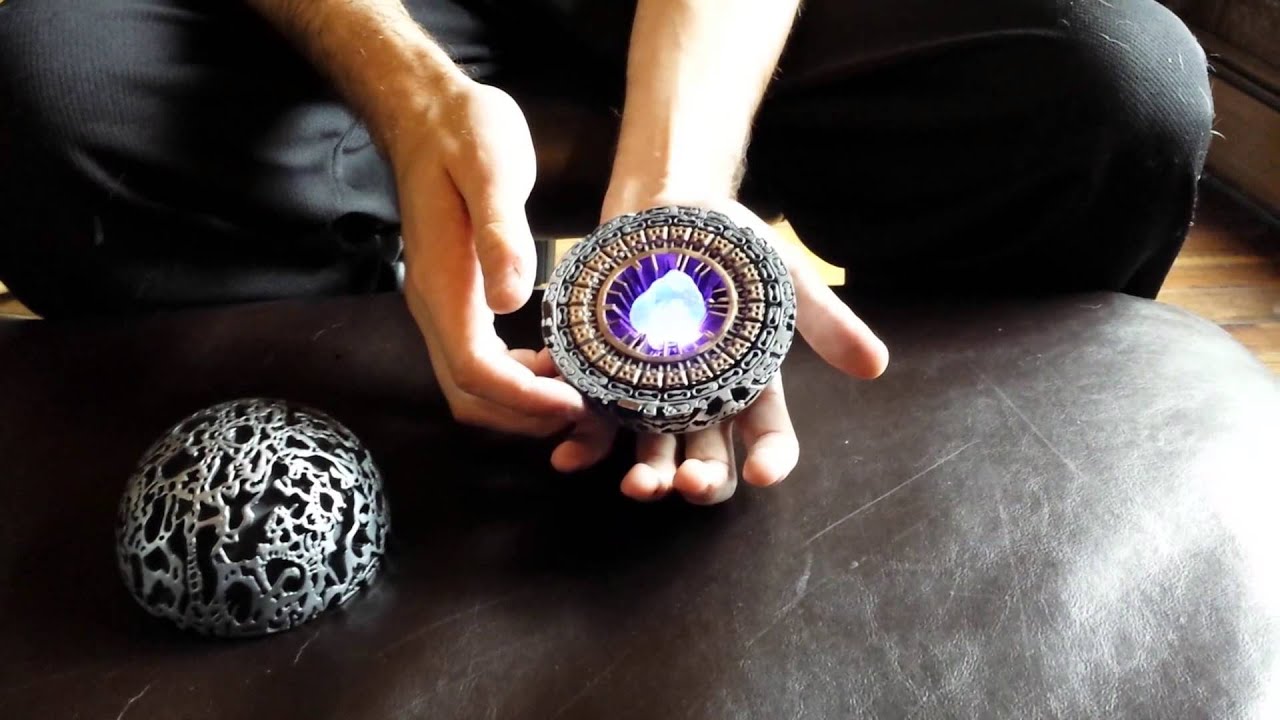