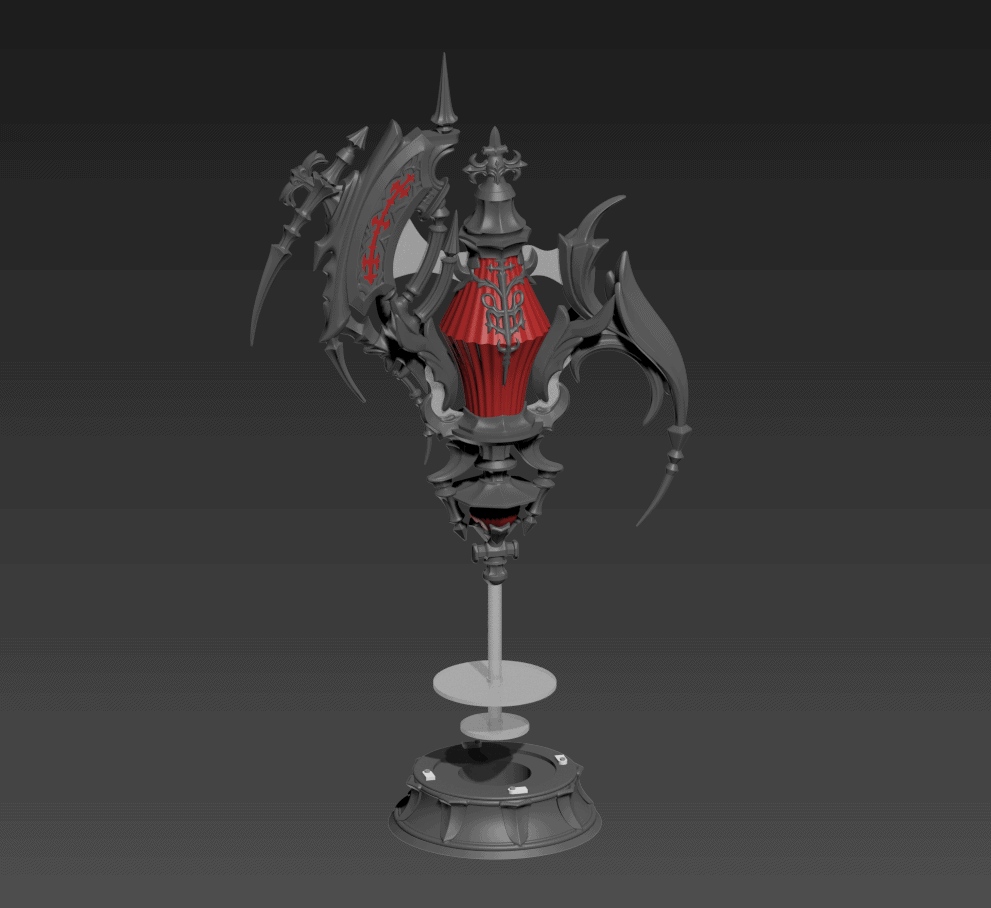 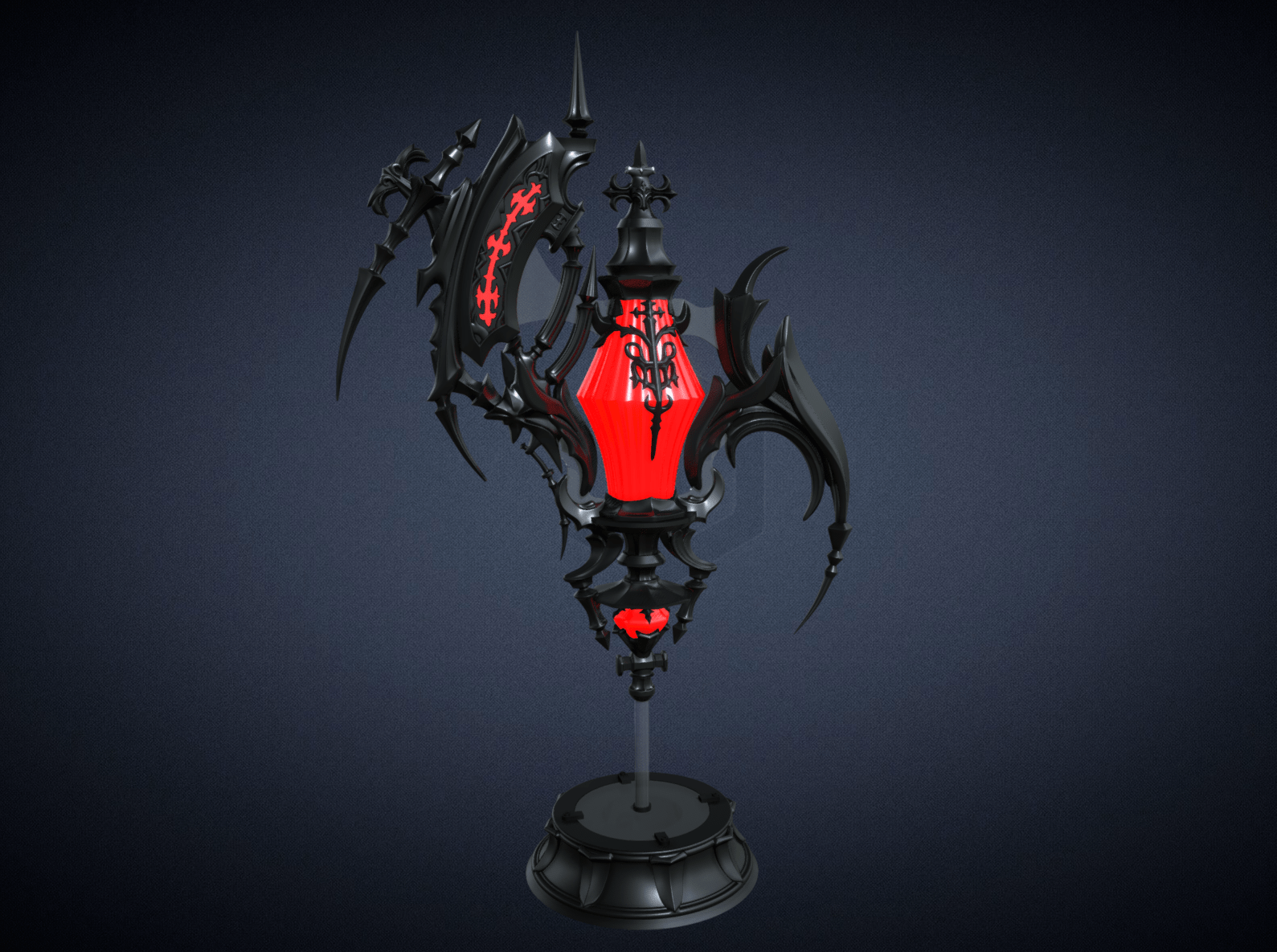 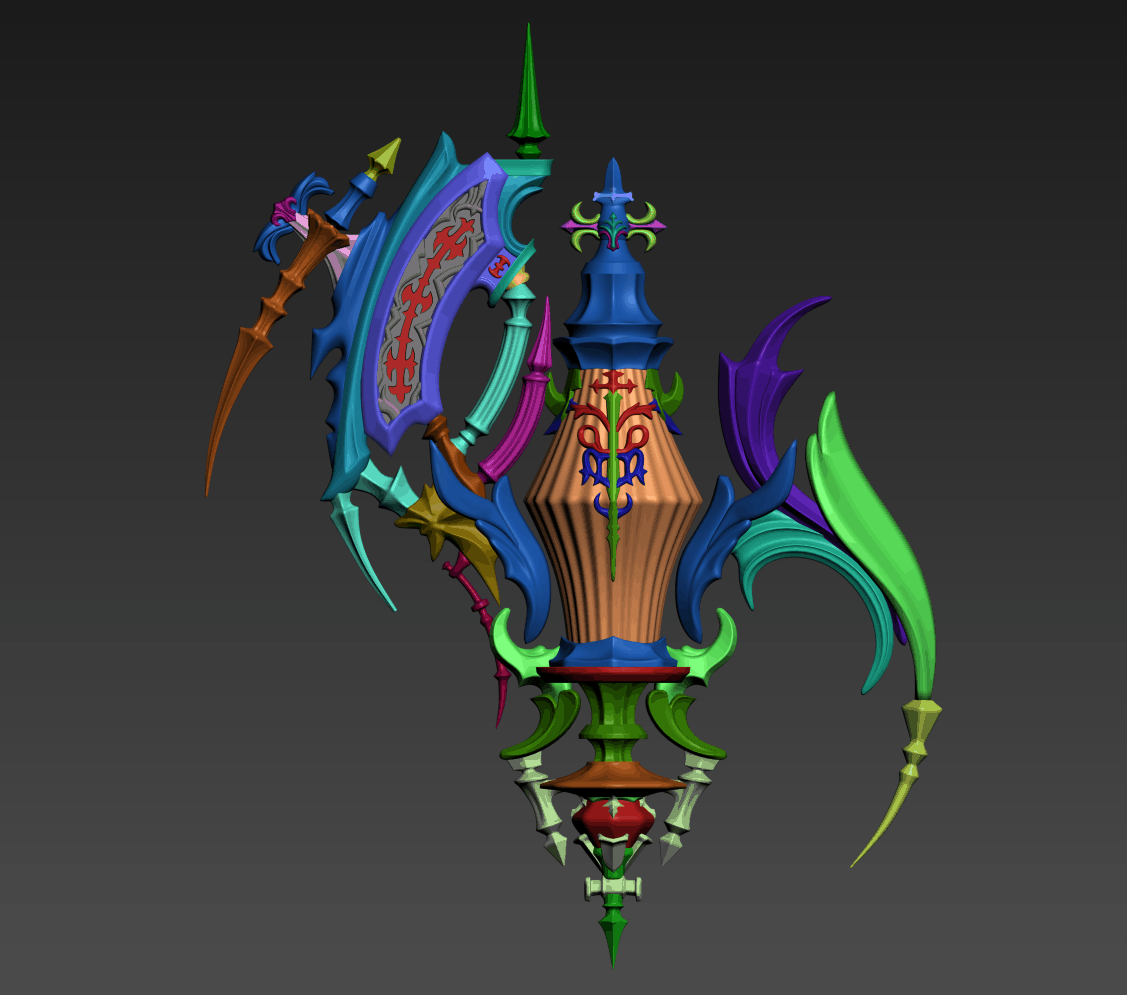 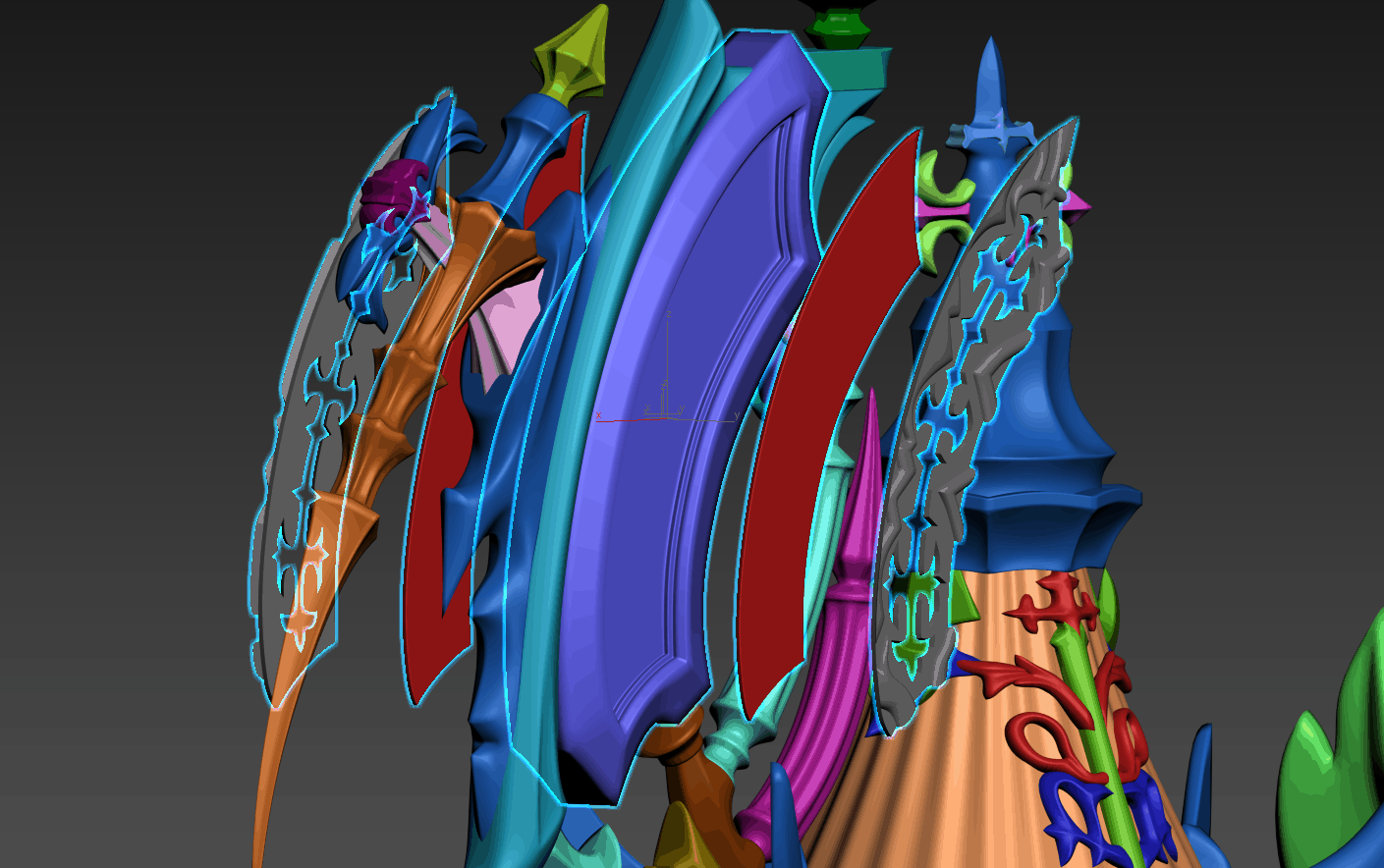 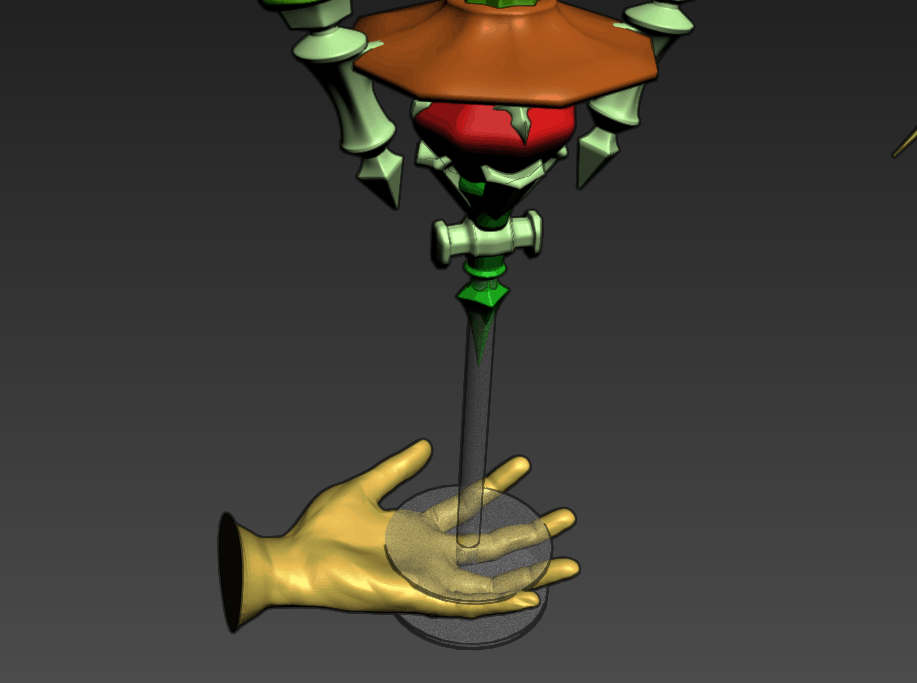 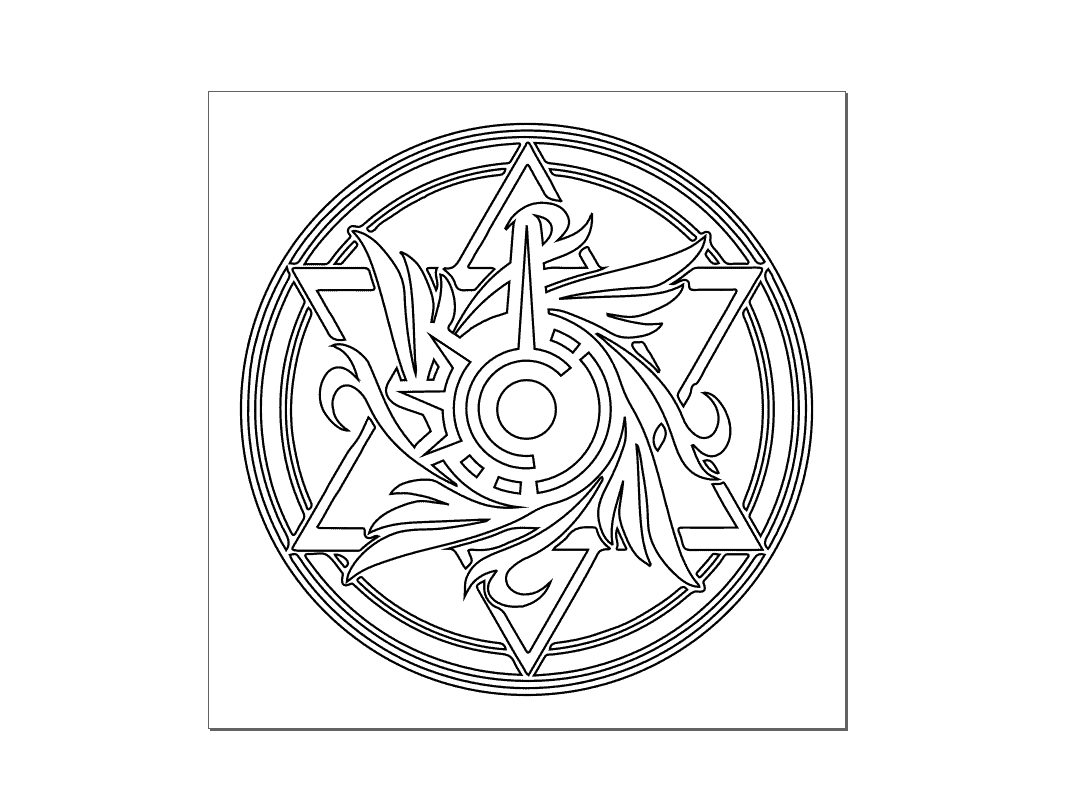 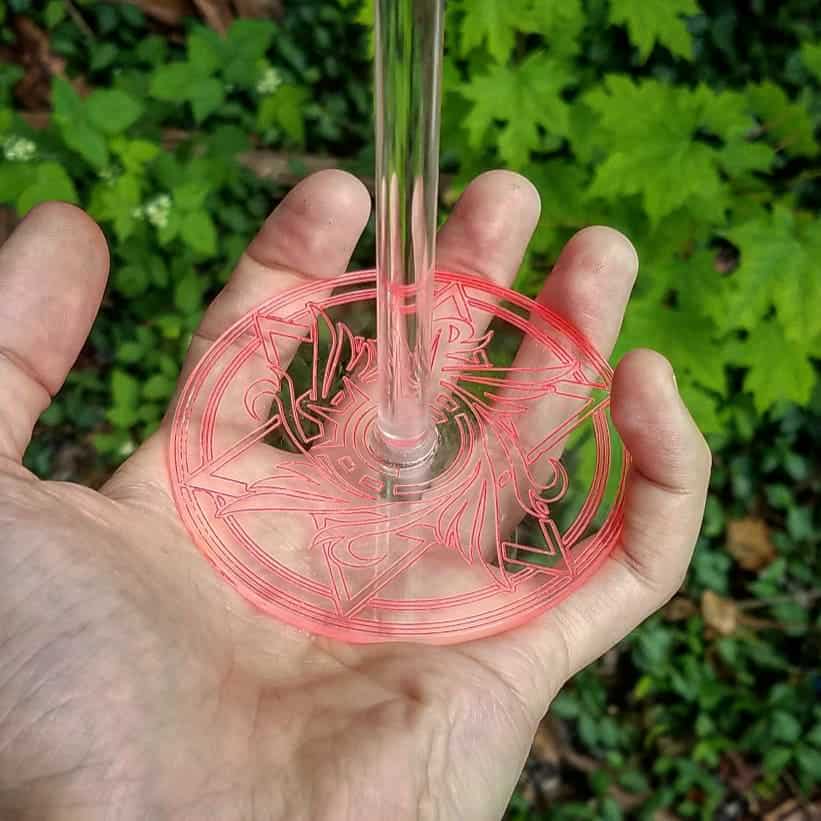 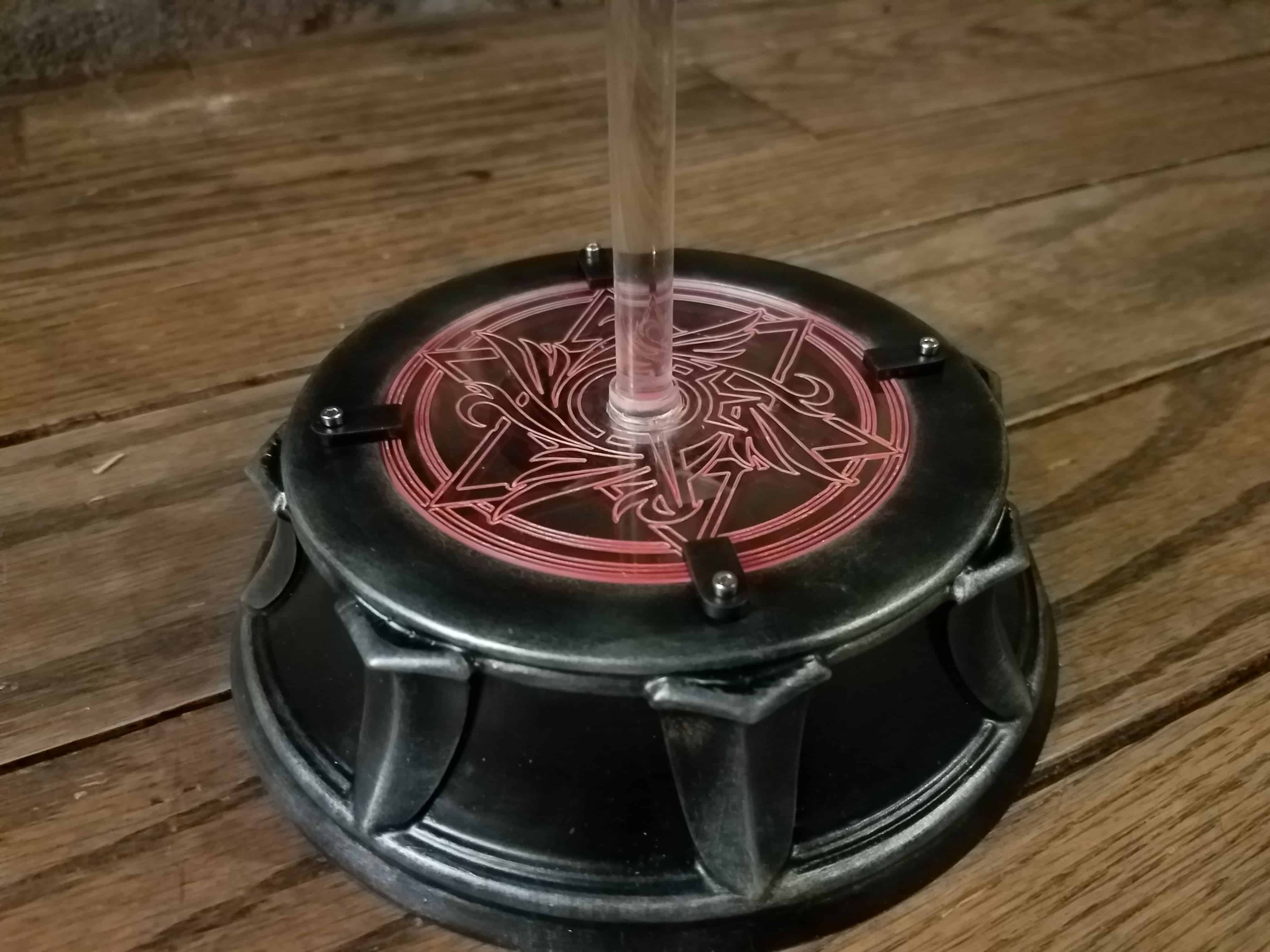 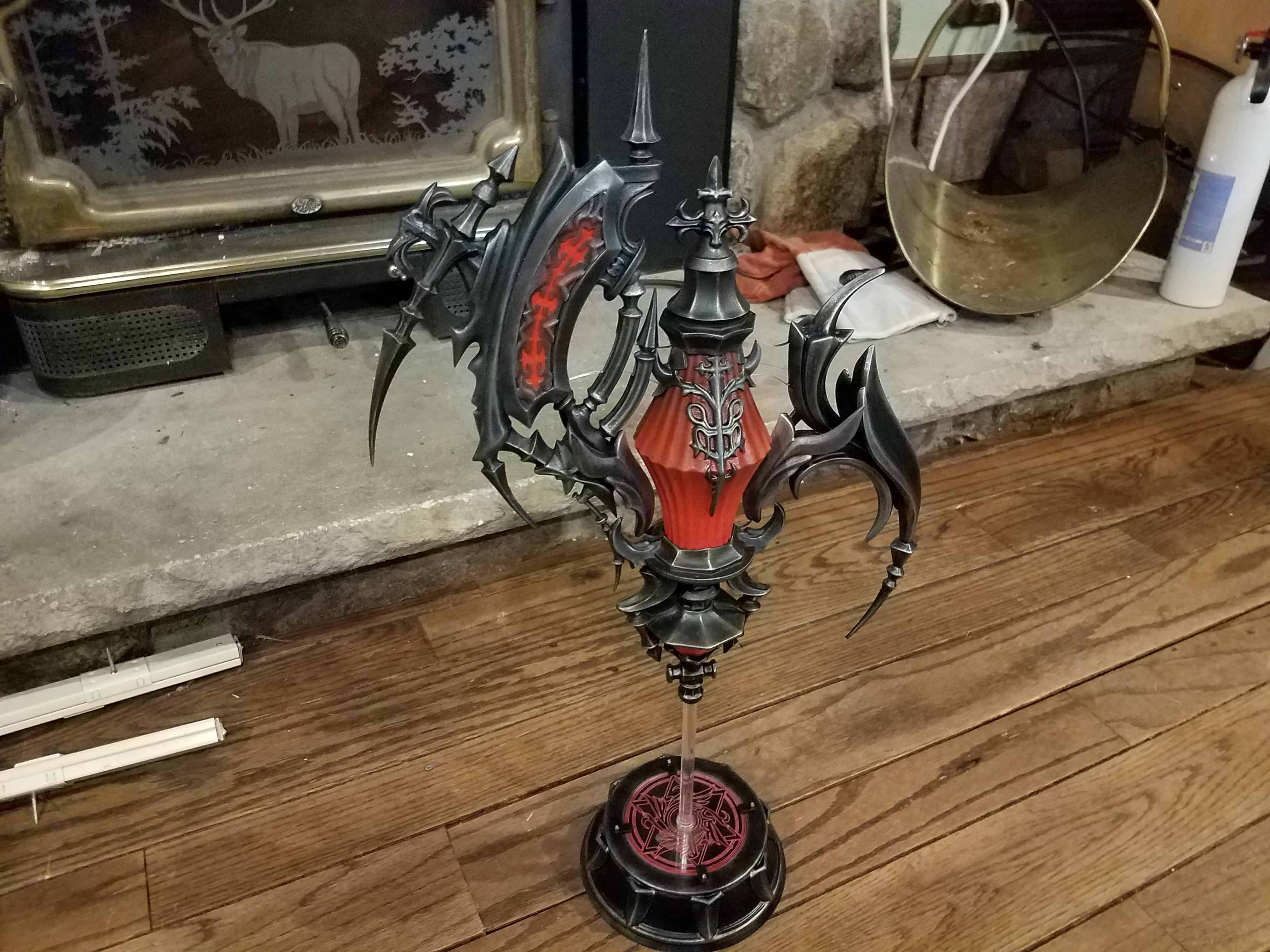 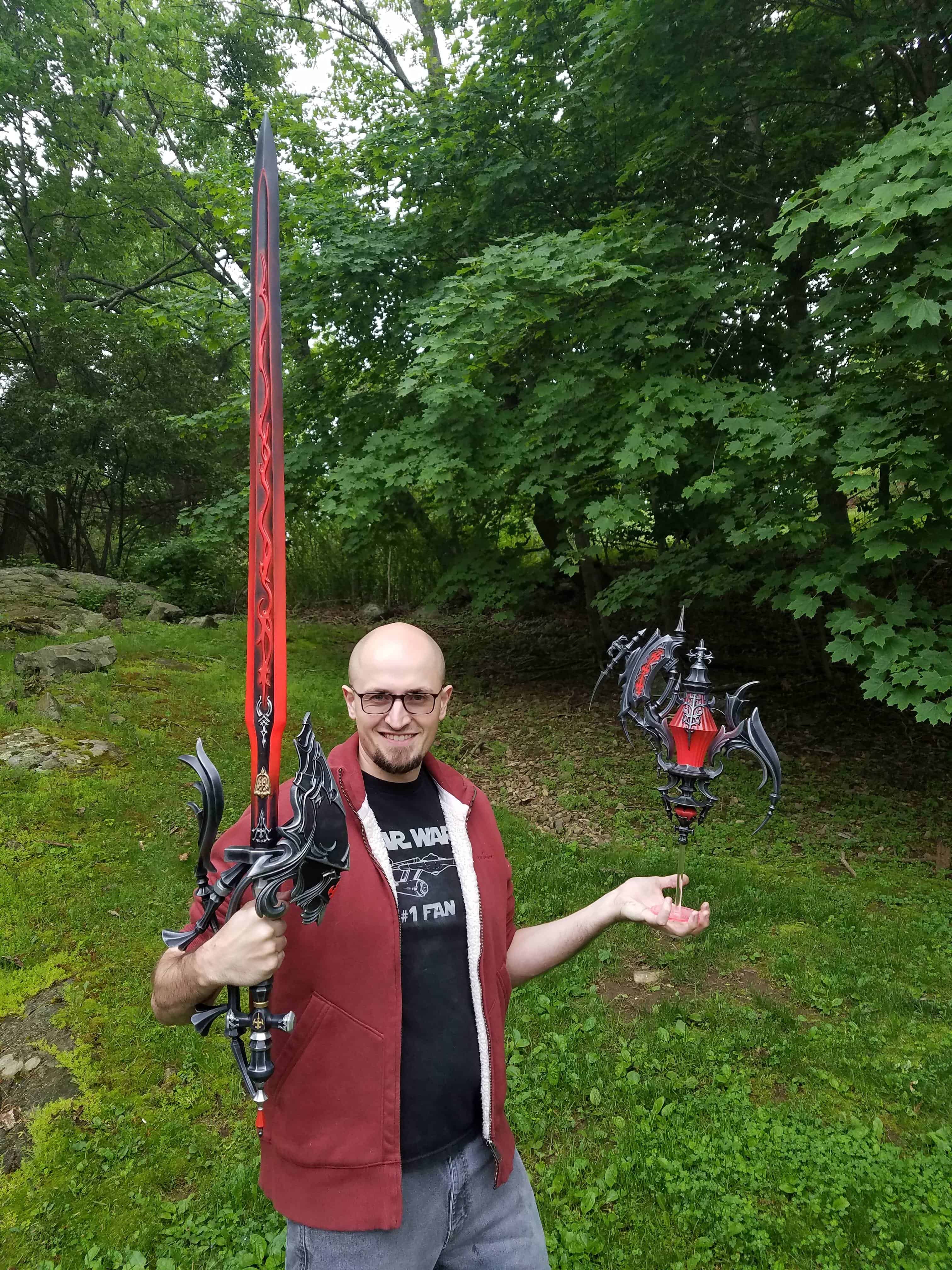 This orb pairs with the Antiquated Murgleis sword listed separately here, because it was essentially a project all by itself. The design of the orb calls for it to be a number of floating elements that suspends itself above the magic user’s outstretched hand. I opted for a combination of 3D printed components and clear acrylic supports to achieve a similar look.

The basic orb model has a central component and two ‘wings’ that seem to float, suspended, on either side. Modeling all of the baroque detail was certainly time-consuming, but it was significantly harder to figure out how to correctly orient these parts in such a way that I could paint and assemble them around the clear acrylic supports without a colossal headache. I cut these supports on my K40 laser engraver so that they’d precisely fit into channels and slots built into the model.

I also slightly modified the orb design to accommodate a clear acrylic rod that ran vertically through the entire piece. I added two discs at the bottom of the rod, such that a hand could be slipped between them to hold the orb upright without visibly gripping the support rod. In order to add to the appearance of the client using ‘magic’ with the orb, I designed a circular glyph that incorporated the Red Mage icon from Final Fantasy XIV, and laser-engraved that onto the top disc that sits on the palm. This was spray-painted with a fluorescent red paint, and then sanded/buffed back, leaving the red only in the recessed lines. I also laser-cut the side red ‘glyph’ inserts that go on the larger, upper wing so that it could be painted easier, rather than trying to mask the complex shapes with tape.

I designed a thematically appropriate display base that the grip could be socketed into, and added tabs to help hold the disc down as necessary. This was printed hollow and then filled with lead shot and resin to give it sufficient weight to counterbalance the orb suspended above it.