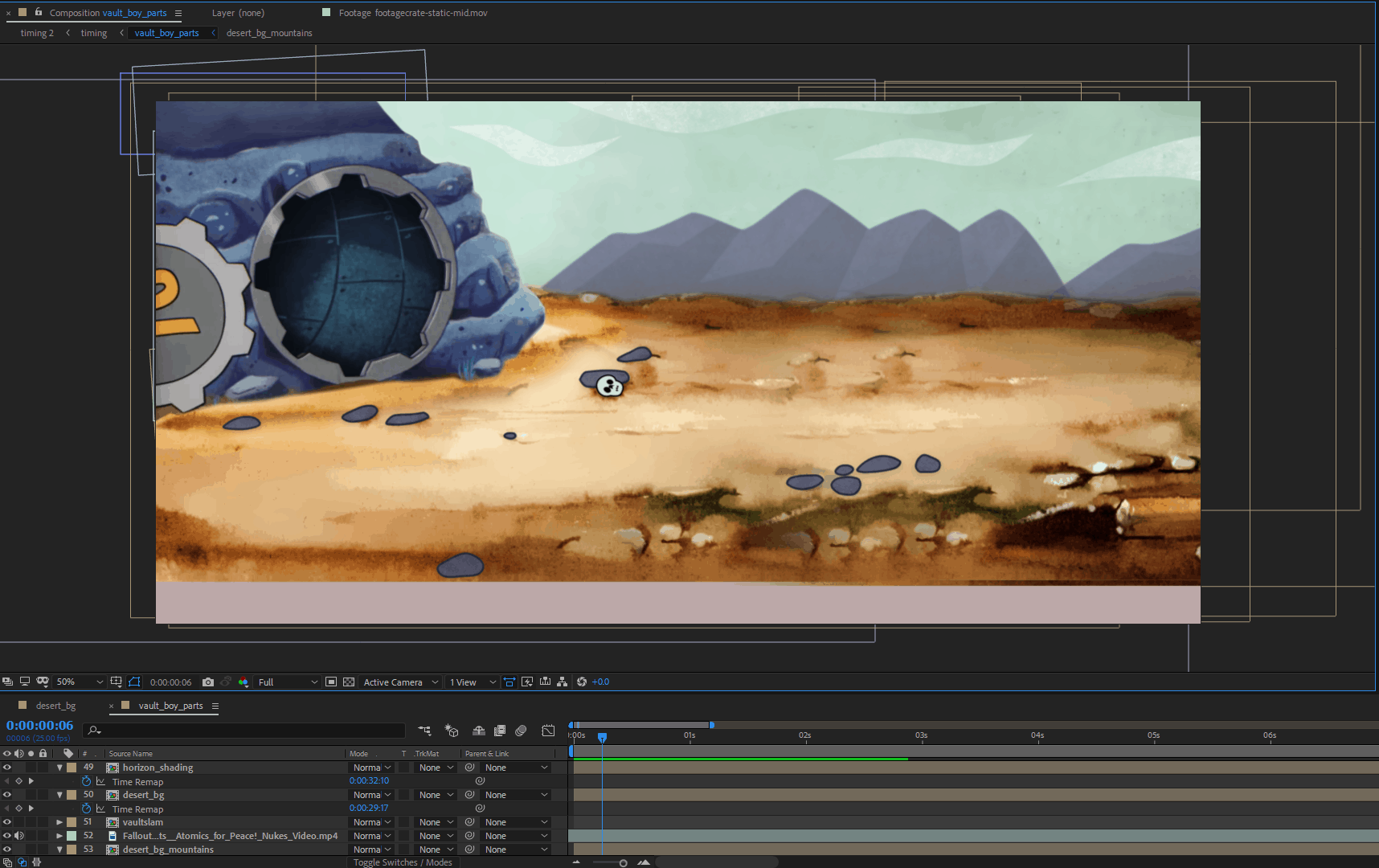 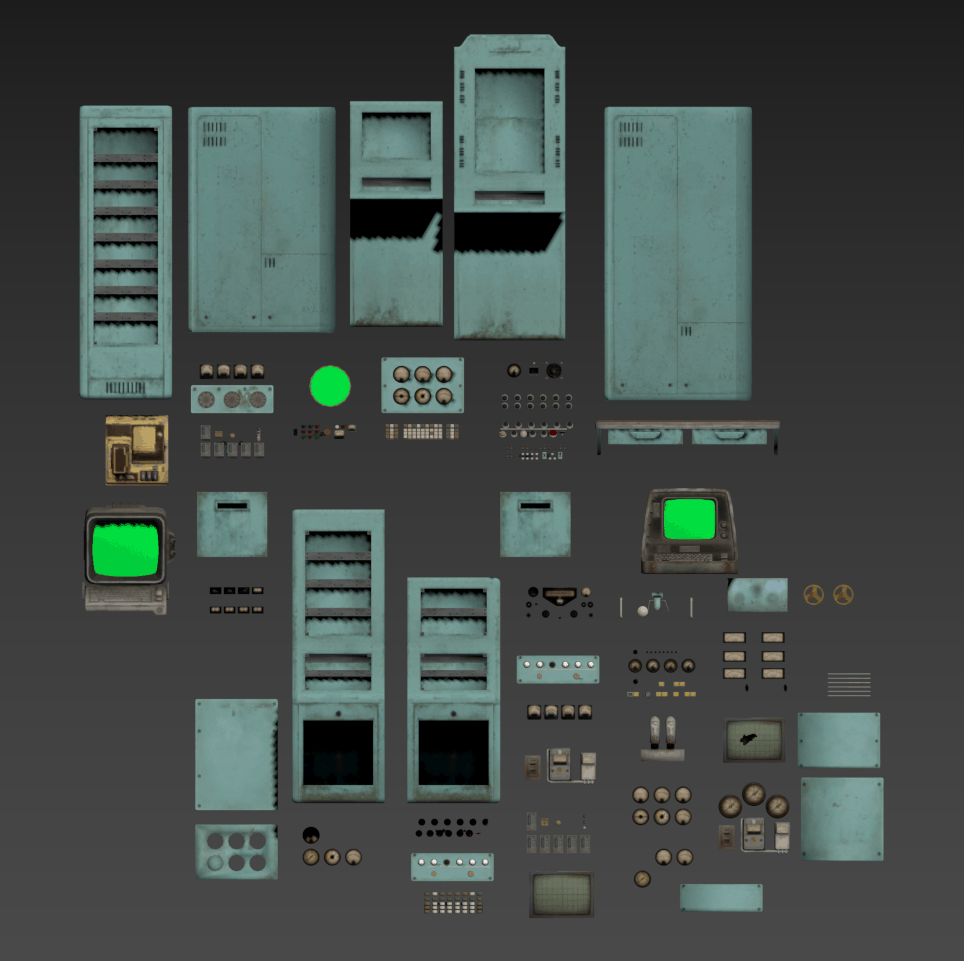 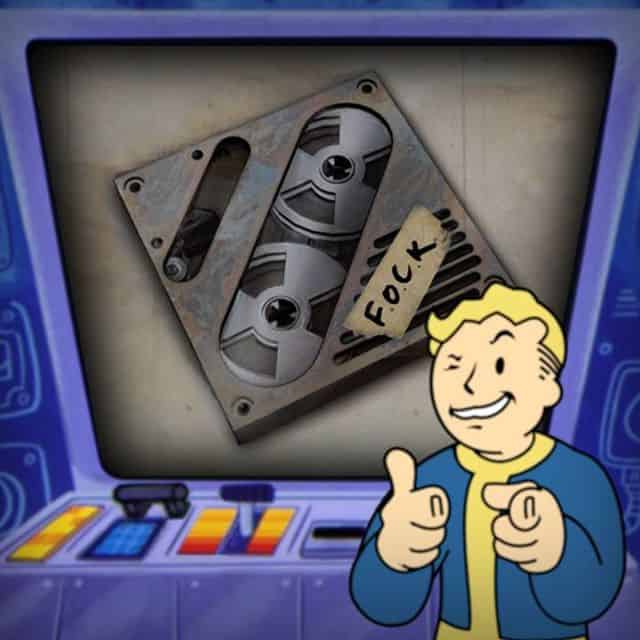 This project aimed to create a thematically-appropriate set of streaming overlay graphics for players to use in Fallout 4 / Fallout 76. I started by exporting a number of environmental assets from Fallout 4, along with their accompanying texture maps. After exploring the available files and working out the general aesthetic I wanted to pursue, I began to render out these assets in 3D Studio Max at a fixed scale and perspective. I then took these renders into Adobe After Effects and began to create and layer animated components into discrete visual ‘blocks’ that could be arranged in a multitude of ways. By doing this, I ended up with a fairly modular set of graphical assets that I could provide to streamers, who could then arrange them in whatever fashion best suited their individual stream’s needs. These components were exported into .webm and other motion formats and organized by function and style. I also animated a number of additional assets for use as pop-up notifications or other forms of stream feedback. These included brief intro/exit animations of the Vault Boy character and Eyebots.

After the streaming assets were produced, I decided to have a bit of fun by creating an ‘in-universe’ style advertisement for them. I studied a number of Bethesda’s promotional cartoons and attempted to emulate their general art style and aesthetic in my own animation, the majority of which was done in After Effects. I did some limited destructive audio engineering in Adobe Audition to both the background music and recorded voice-over to make the video feel more authentic. 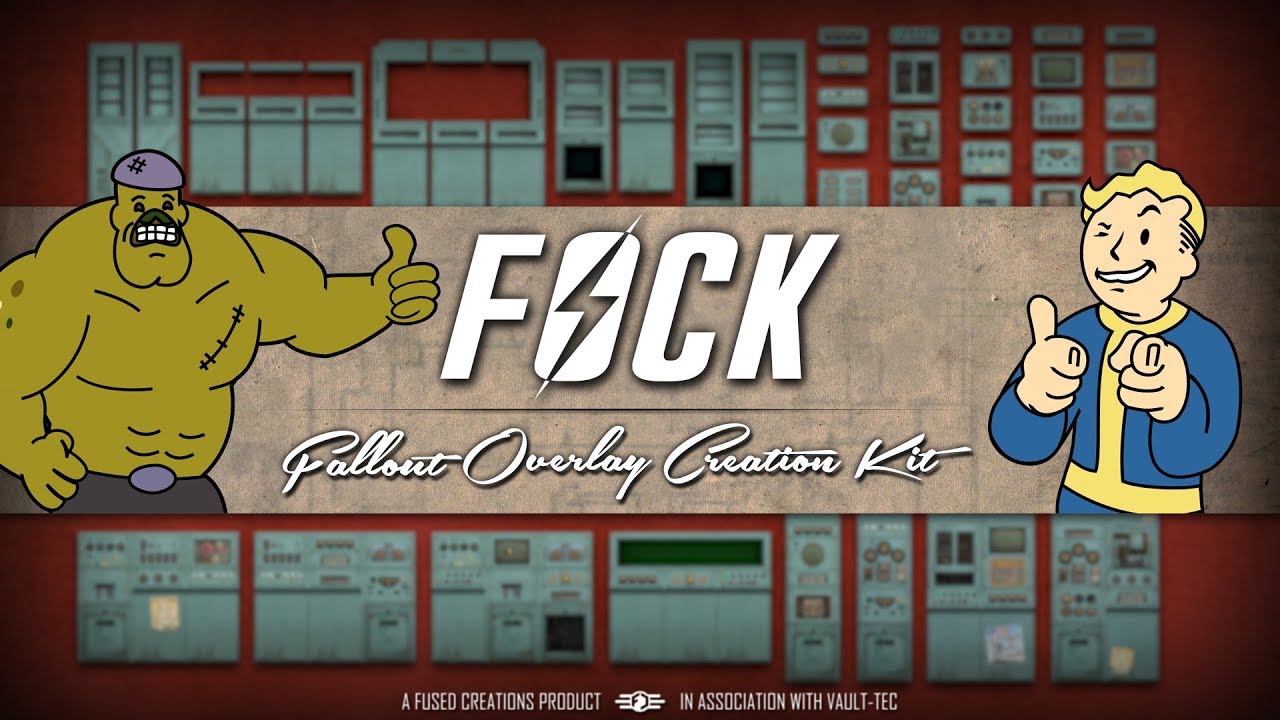