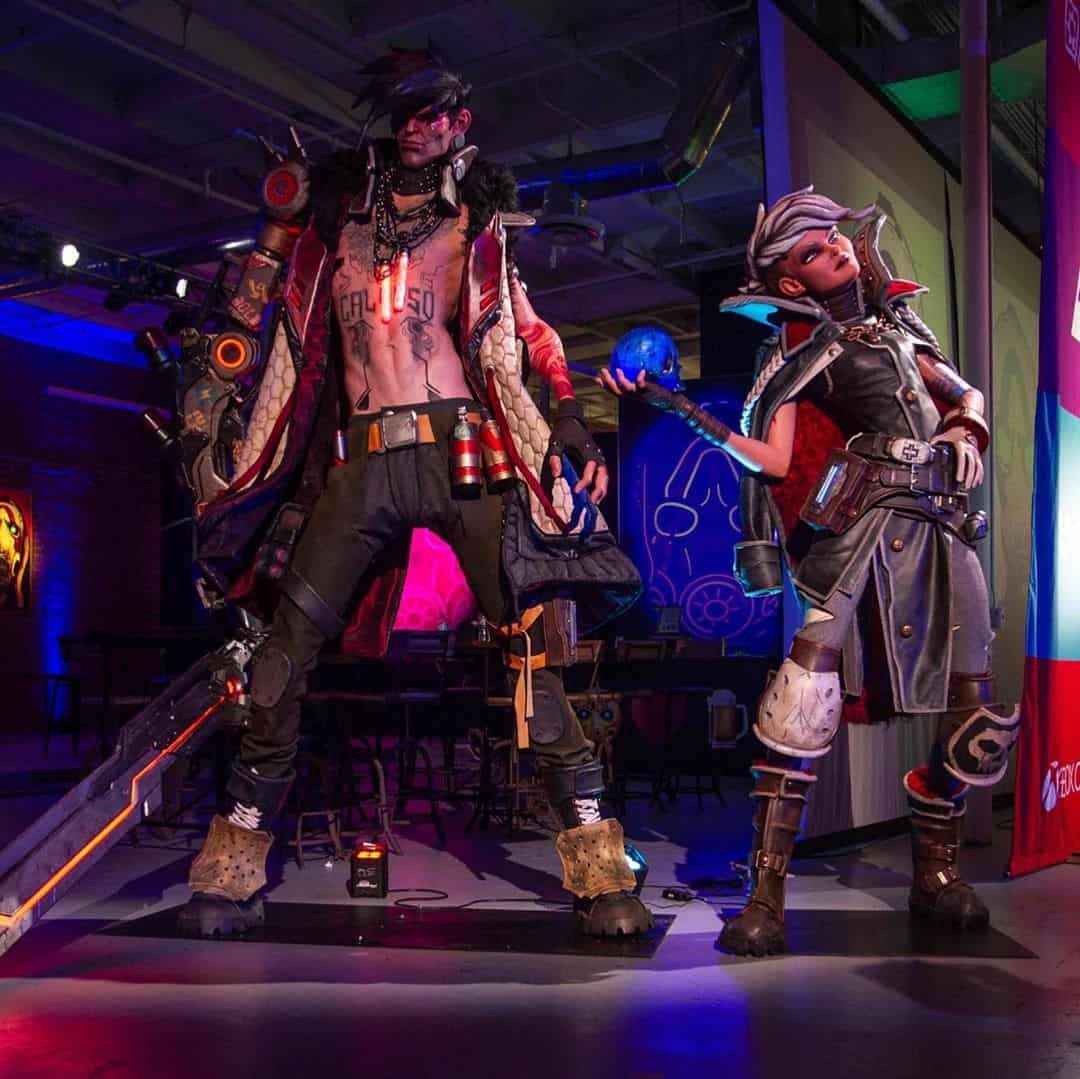 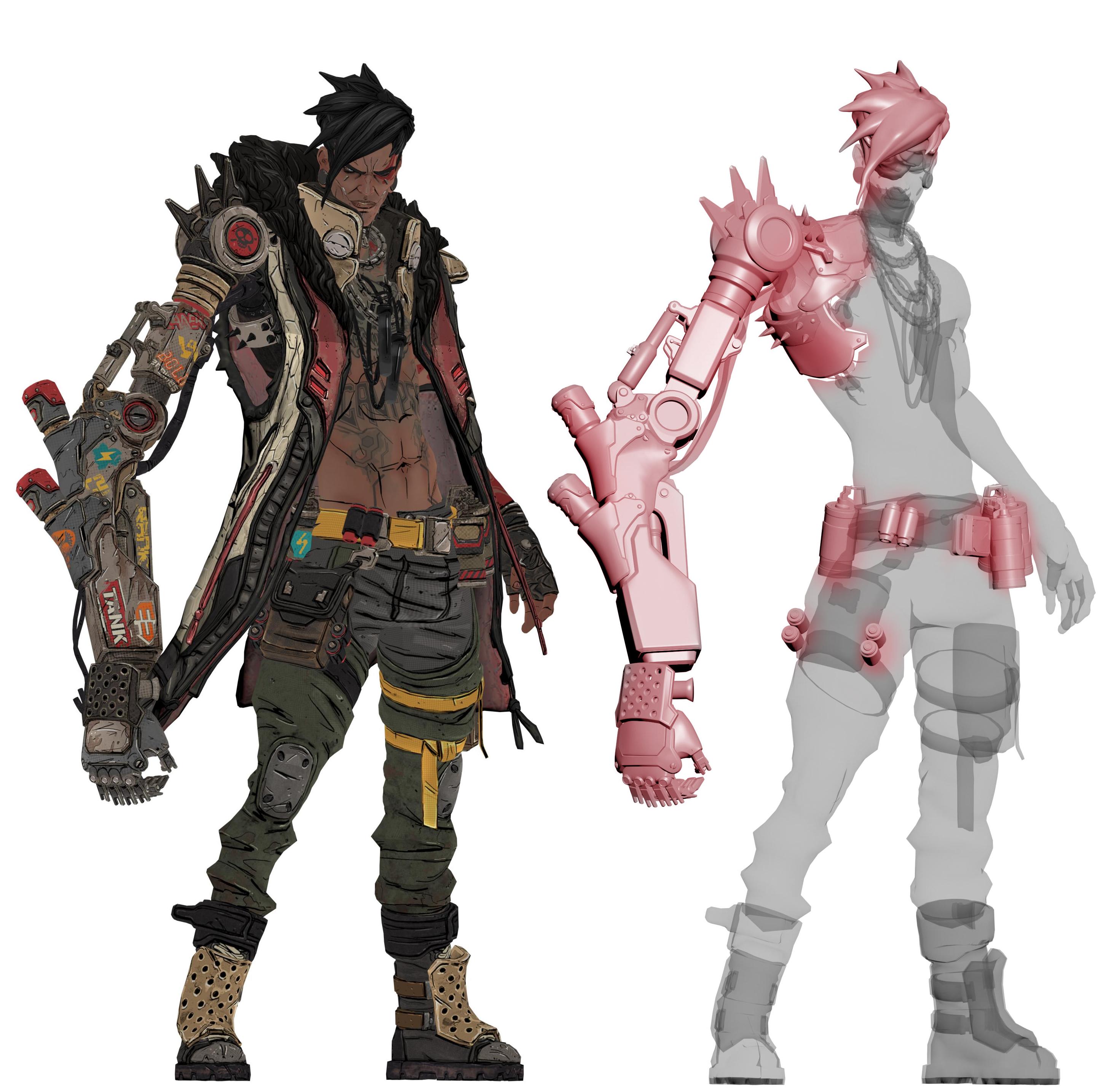 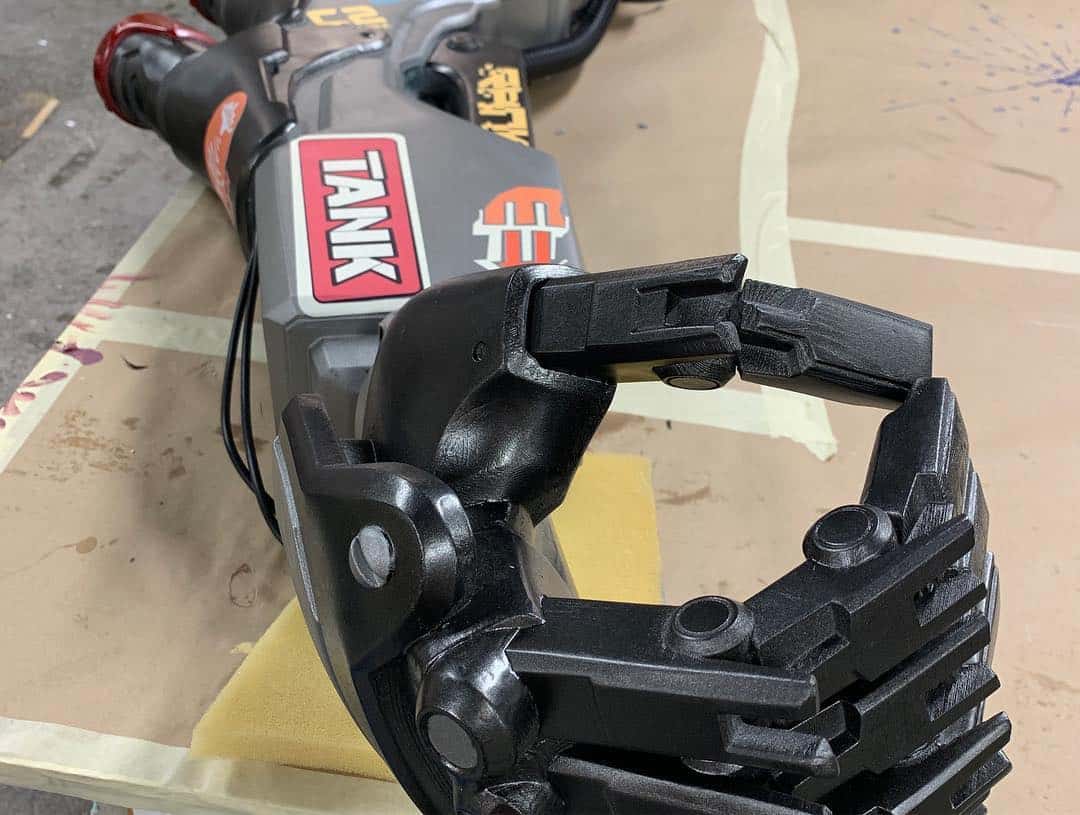 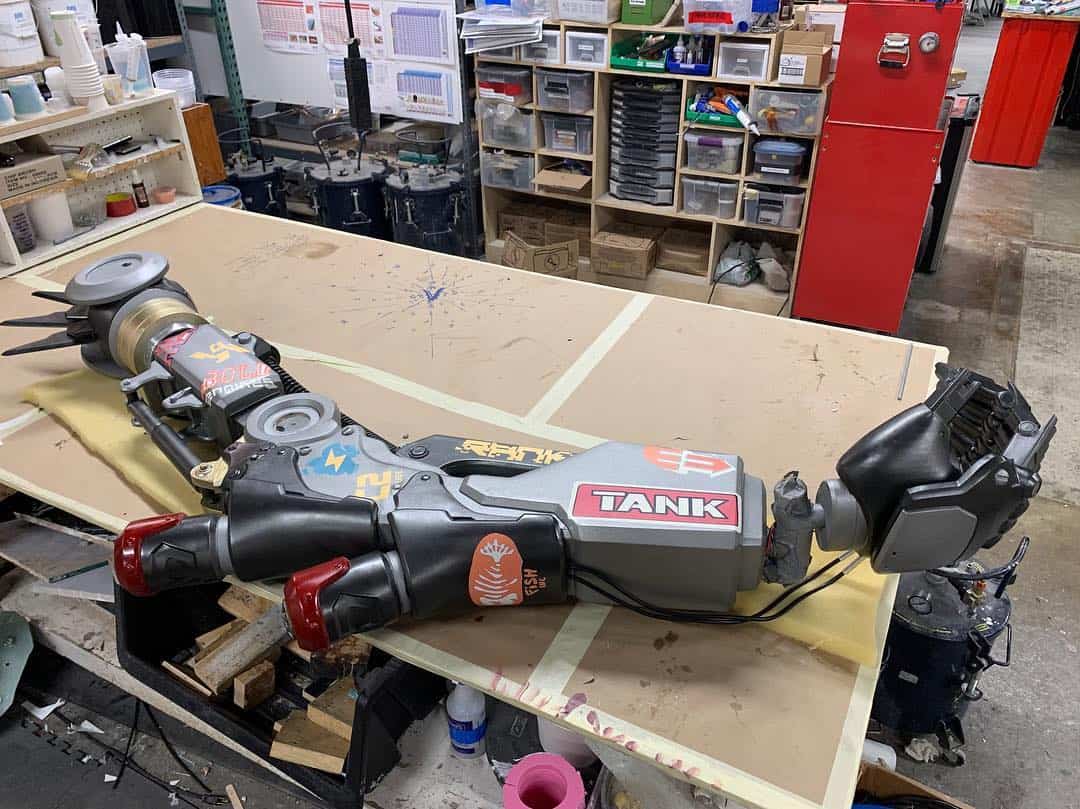 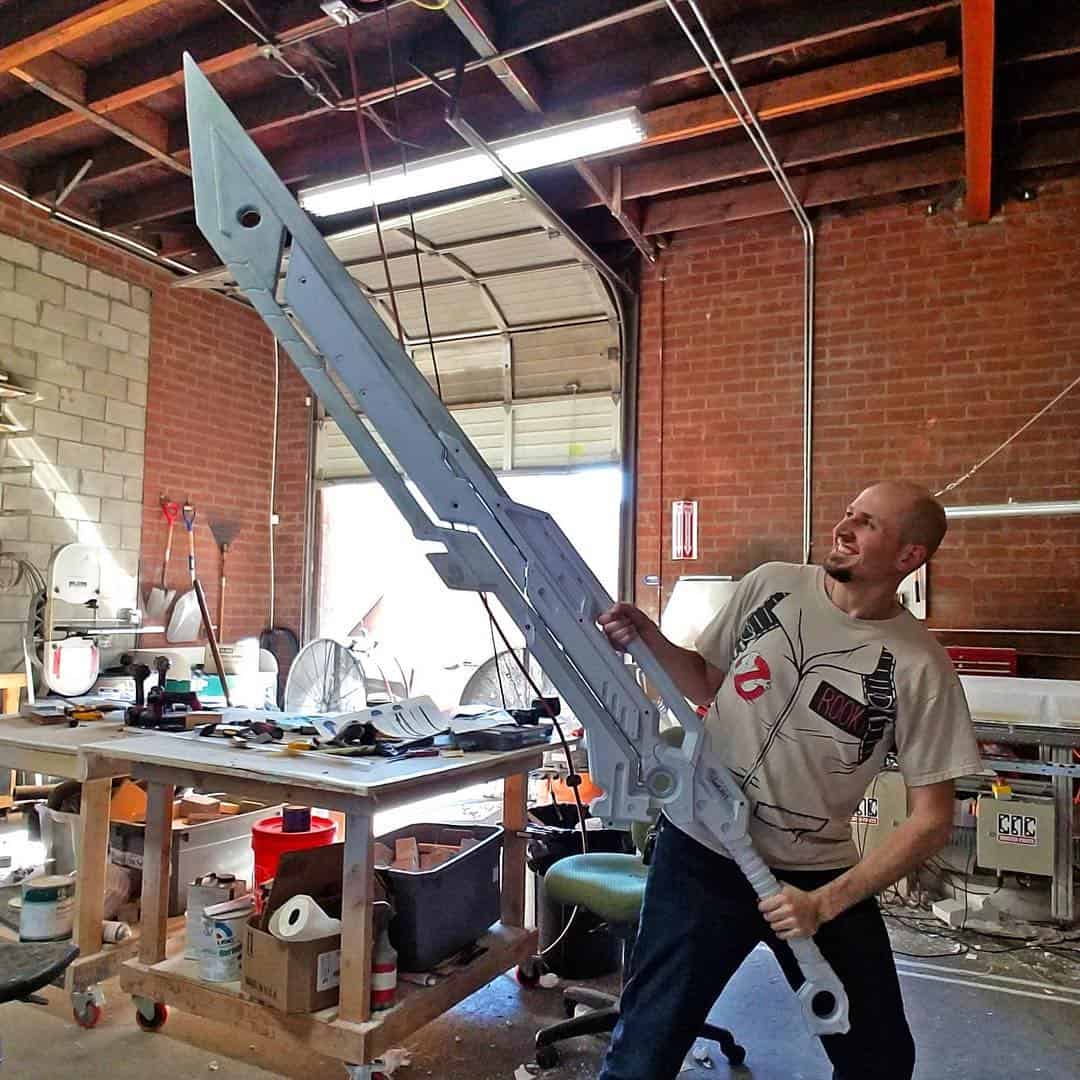 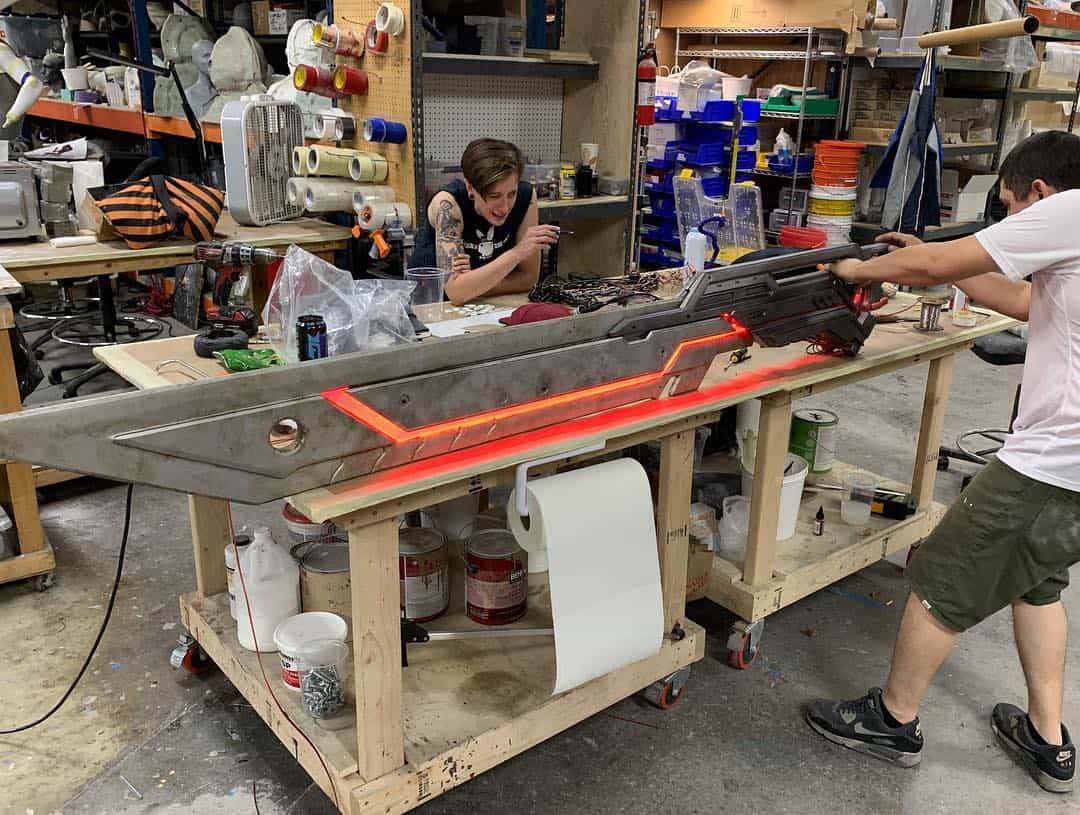 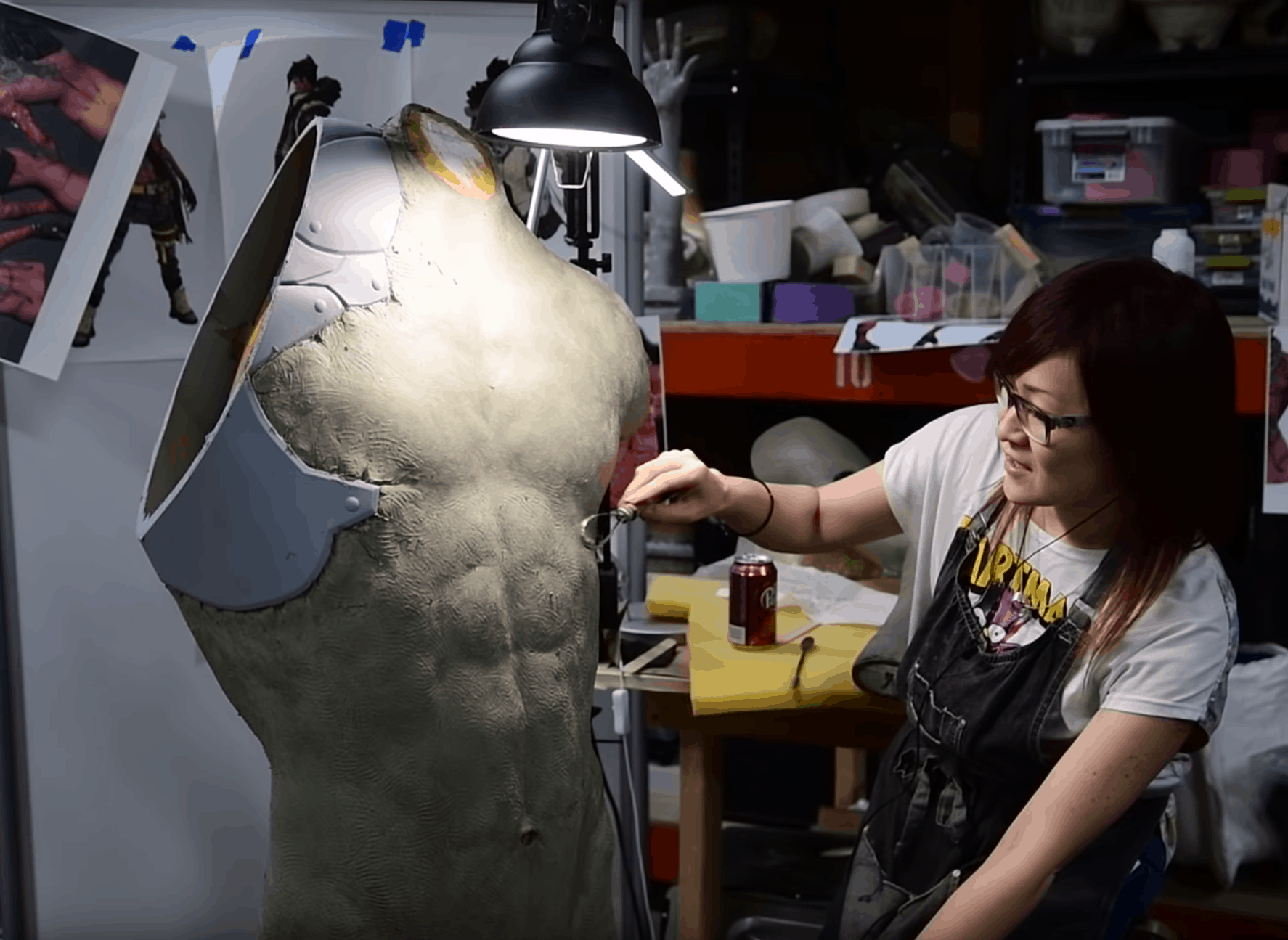 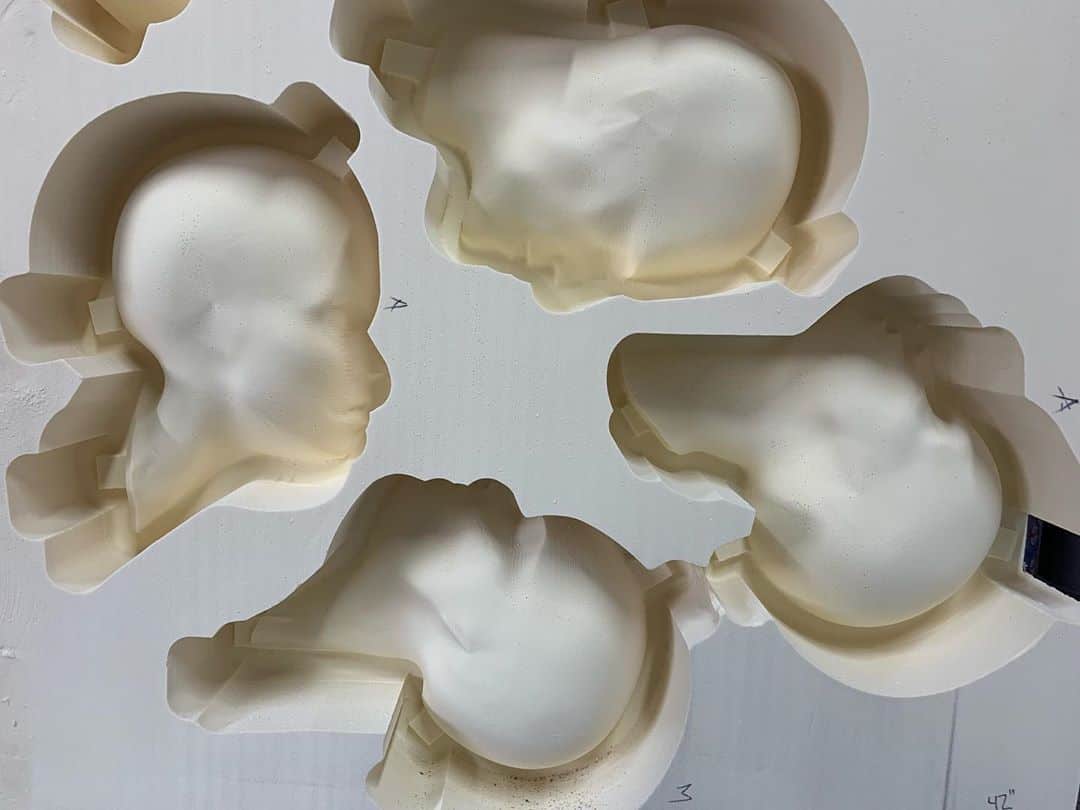 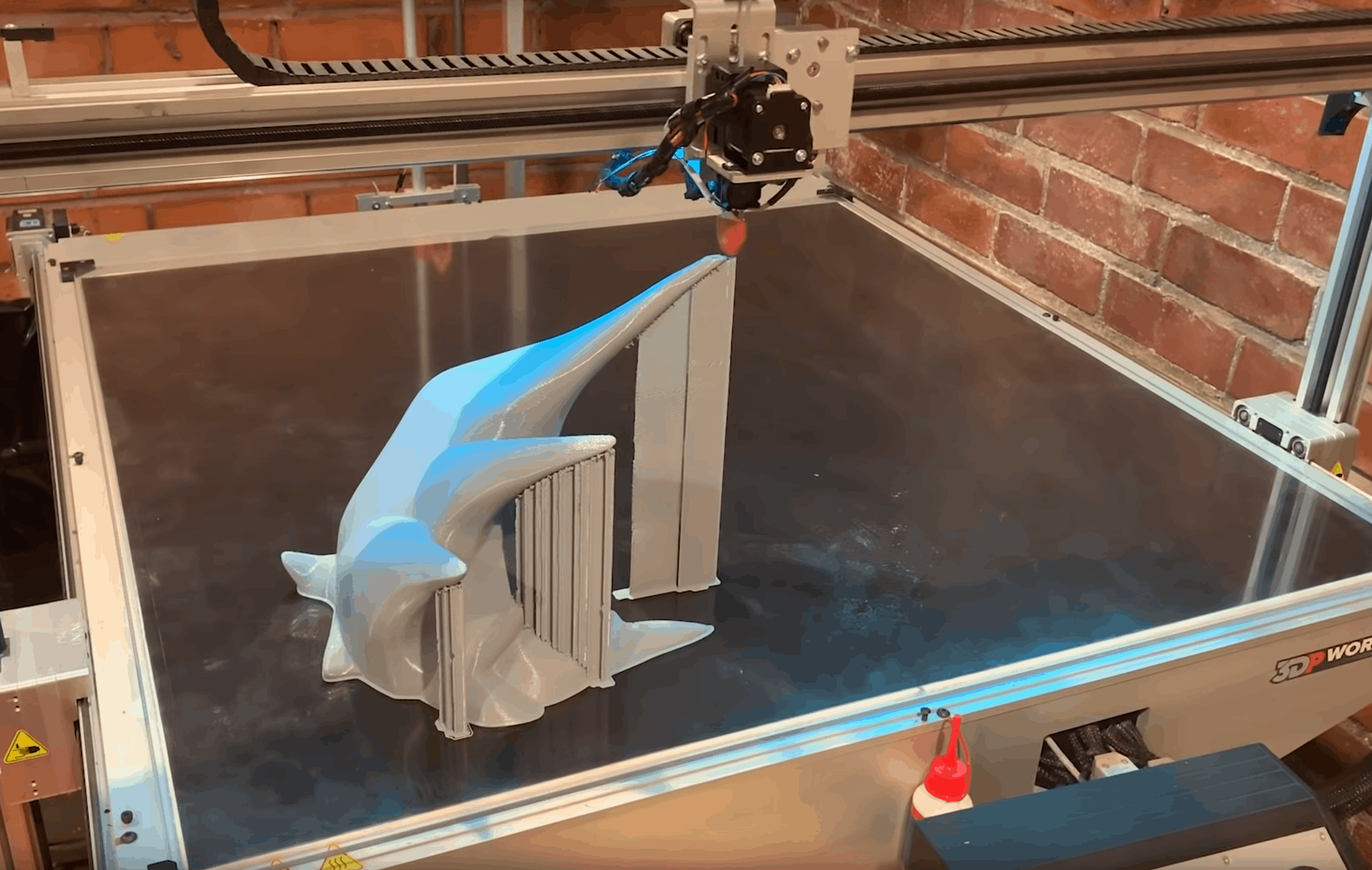 This project was for E3 2019, and I worked on it during my time as part of the fabulous team at Thingergy, Inc.

The majority of my effort was focused on the male character – Troy – and his robotic arm and sword. Using the lower-poly assets provided by the game developer, I remodeled the arm as a high-poly asset that could then be sliced up and printed in multiple large sections by our available 3D printers. Special consideration was given to ensure that the arm could be assembled around the aluminum armature we had designed, and channels were carved out of the model for routing wires and lights.

The blade of Troy’s sword was initially milled as a negative in EPS, and fiberclass copies were pulled from those negatives. Again, I took low-poly assets and remodeled them in significantly greater detail to fit around these fiberglass components. I left sockets on the parts I remodeled so that clear acrylic could be inserted and edge-lit down the length of the sword blade.

As with the Vault Hunter Statues project, the body forms for these characters were milled out of EPS foam in multiple pieces and sculpted over by professional artists. In Troy’s particular case, I had to remodel and adapt the design of the interface and plating around where his shoulder and torso meet the robotic arm. I worked with Troy’s body sculptor to ensure a tight fit on the seams between the character’s flesh and the metal components.

On both characters, I was involved in replicating a number of smaller components like bullets, buttons, belt buckles, and other detail pieces. Each statue’s hair was remodeled from the low-poly game mesh and the final 3D printed parts were mounted over the cast heads. 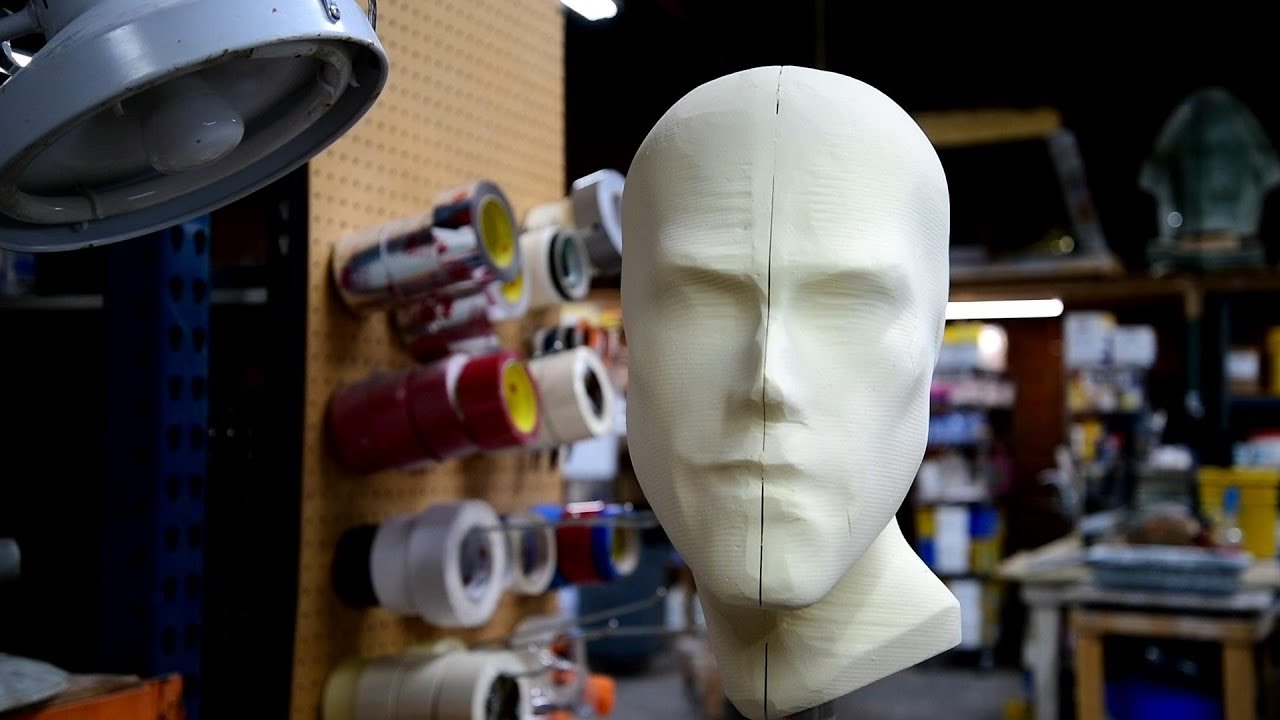