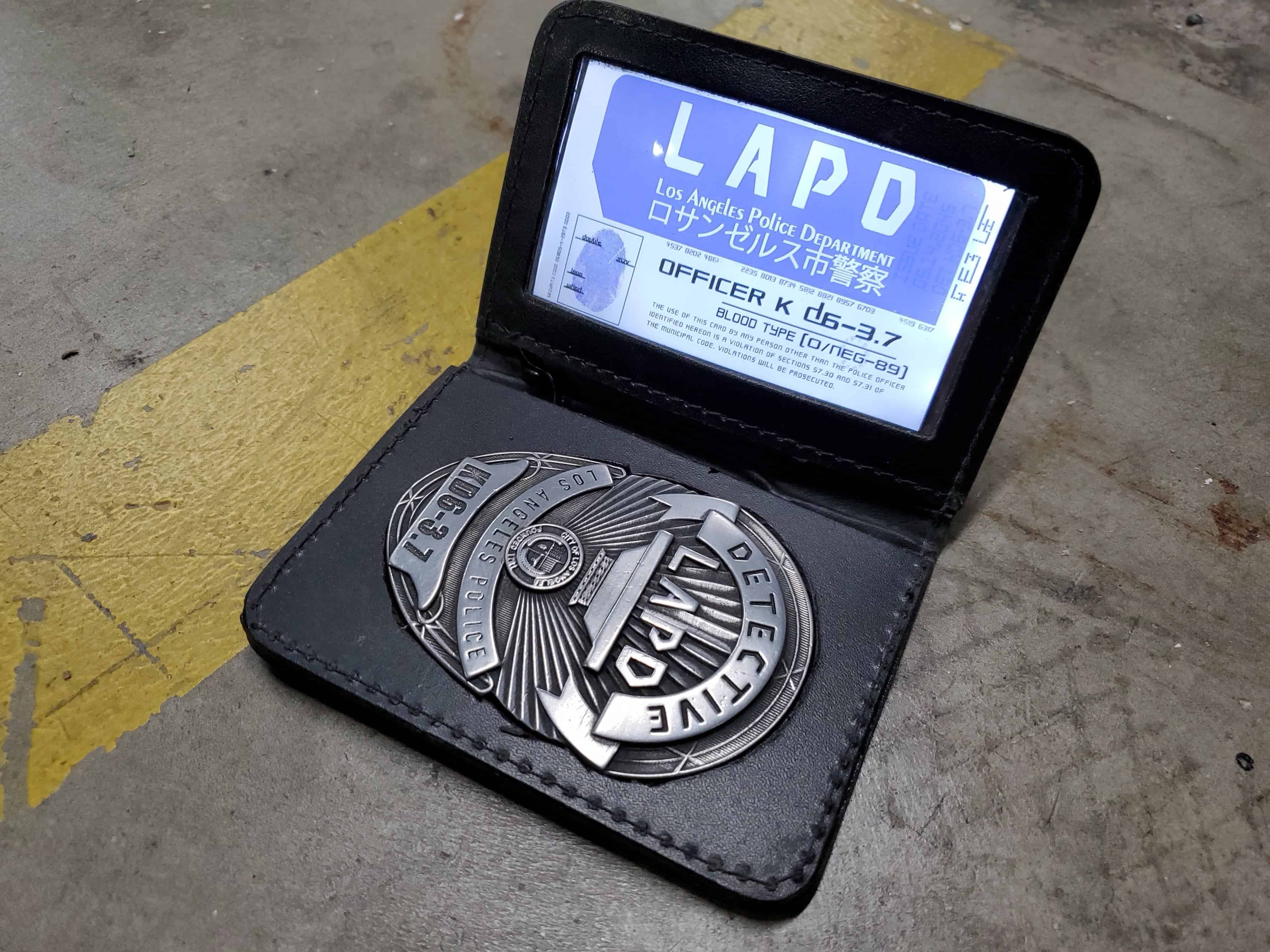 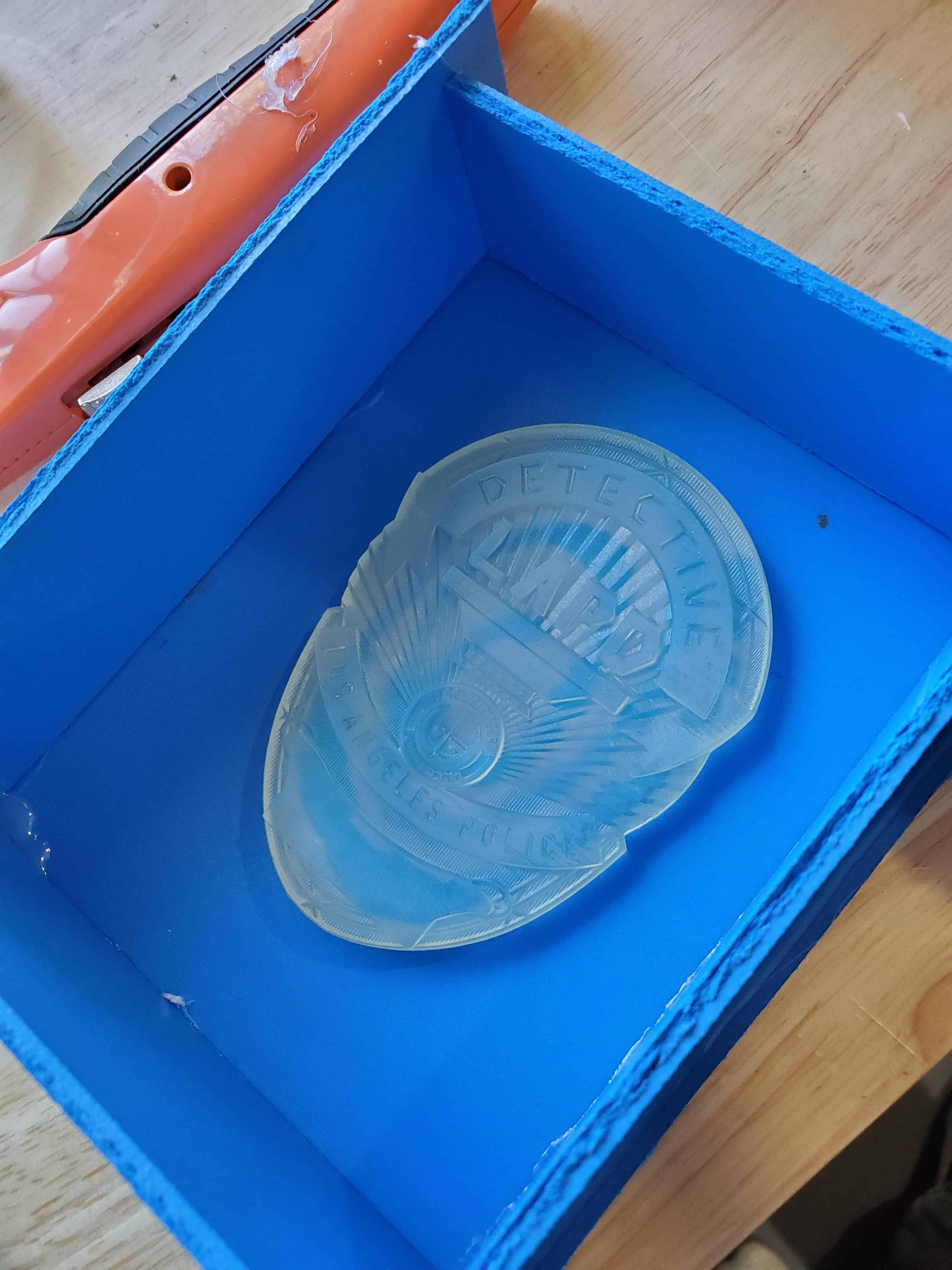 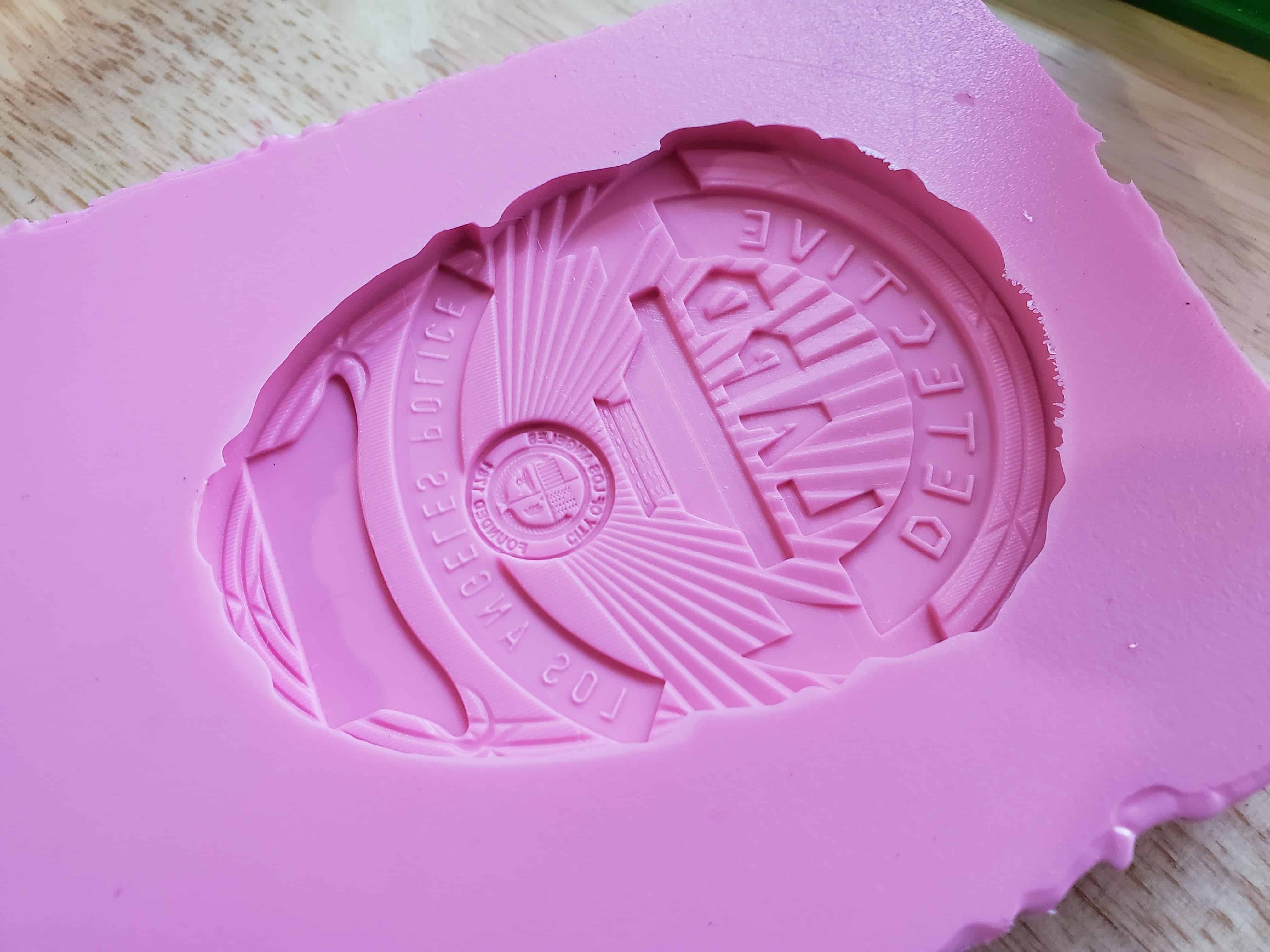 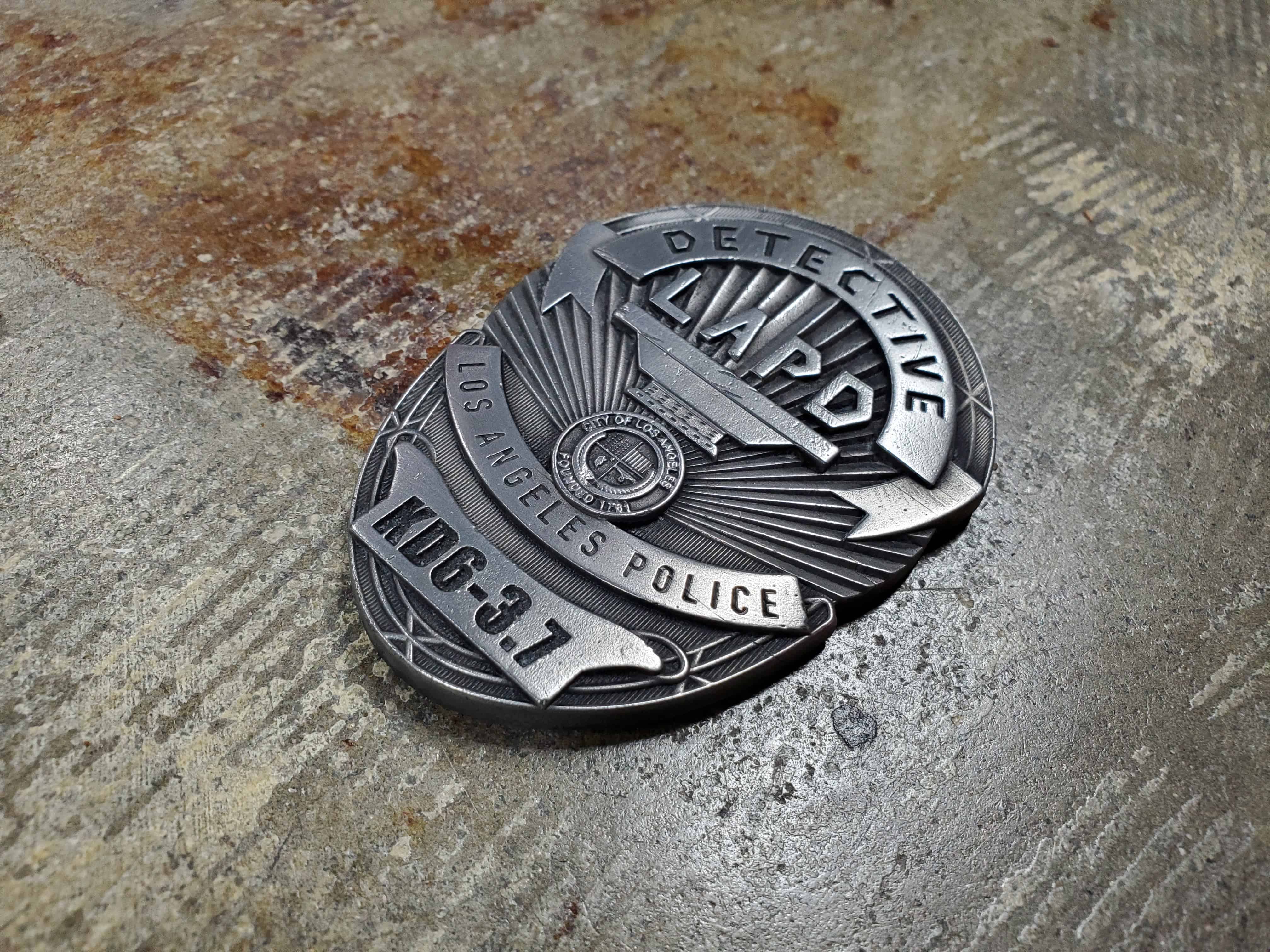 A prototype / replica of Officer K’s badge from Blade Runner 2049. It is shown on a few occasions throughout the film, and features an appropriately cyberpunk screen opposite a relatively conventional LAPD badge.

The badge was 3D printed in resin, cured, and cleaned up for molding. I made a simple open-face mold and pressure-cast Mold Max 30 at around 60 PSI, then poured a mix of Smooth Cast 326 and fine aluminum powder and put that back into the pressure tanks. I gave the badges a simple black wash and then polished the high points until they had a convincingly metallic shine.

Rather than try and cram a working screen into the limited space available, I went for using an iPhone backlight panel, which was almost the perfect size for what was required. The panels run off of 12V, so I used a tiny step-up voltage regulator and a pair of 3V coin cells to get enough juice for the lights. These parts all needed to be hidden inside the wallet, so I took a dremel and carefully carved away the channels and spaces I needed from the back of the cold-cast badge until I could tuck pretty much everything behind it.

The on-off functionality is controlled by a normally-open reed switch in conjunction with a small magnet tucked behind the screen on the opposite side of the wallet. When the wallet opens, the magnet moves far away enough for the switch to make contact again, and the screen is thus illuminated. 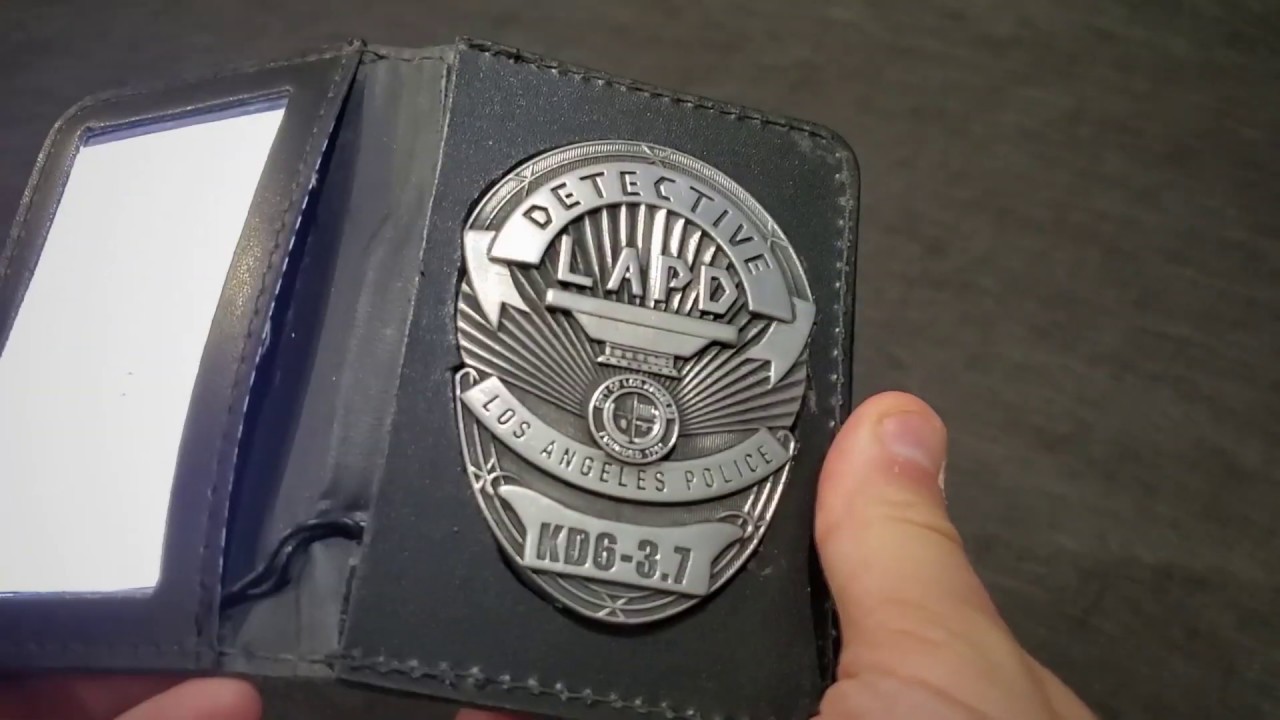