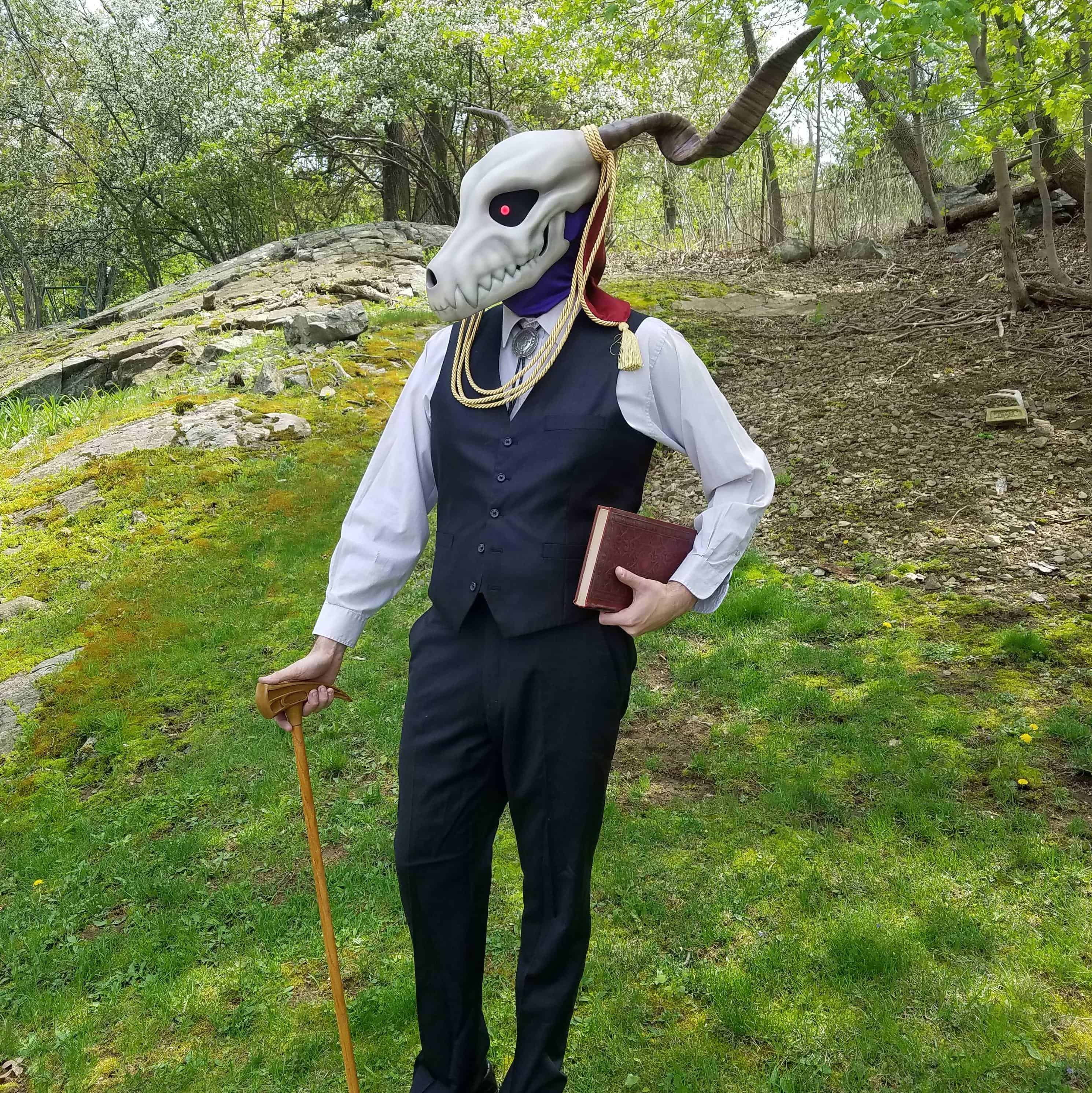 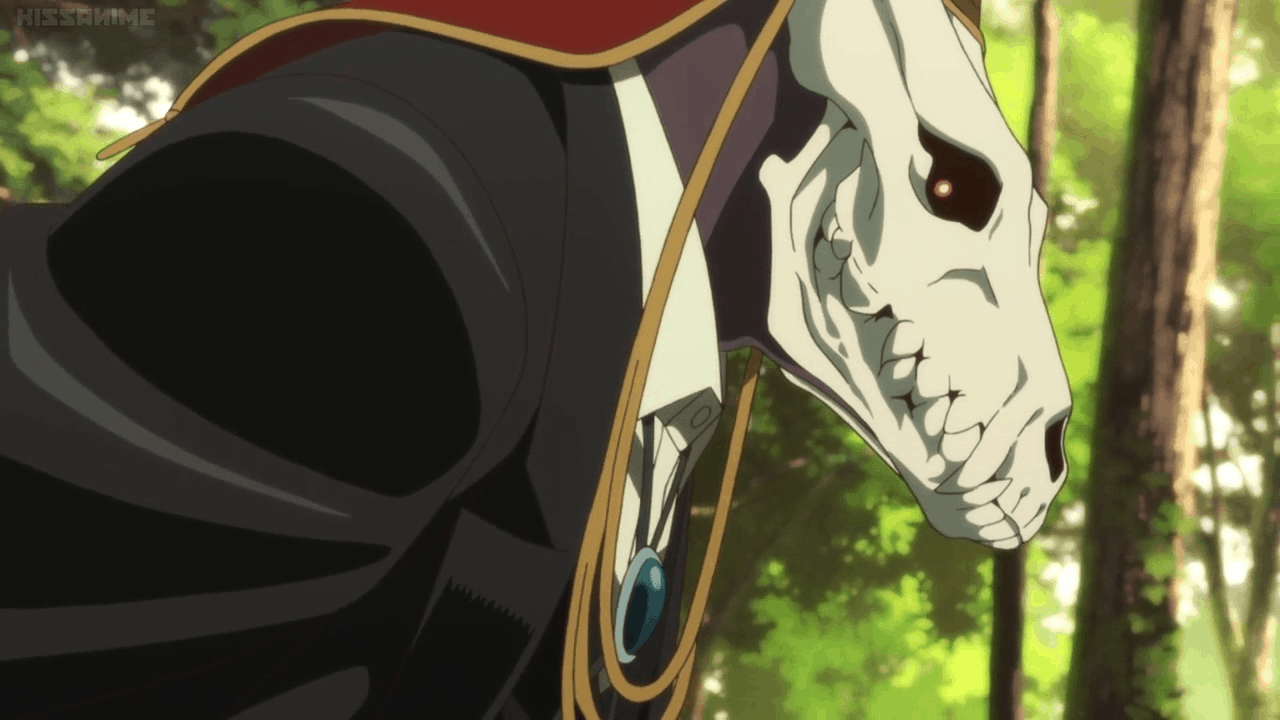 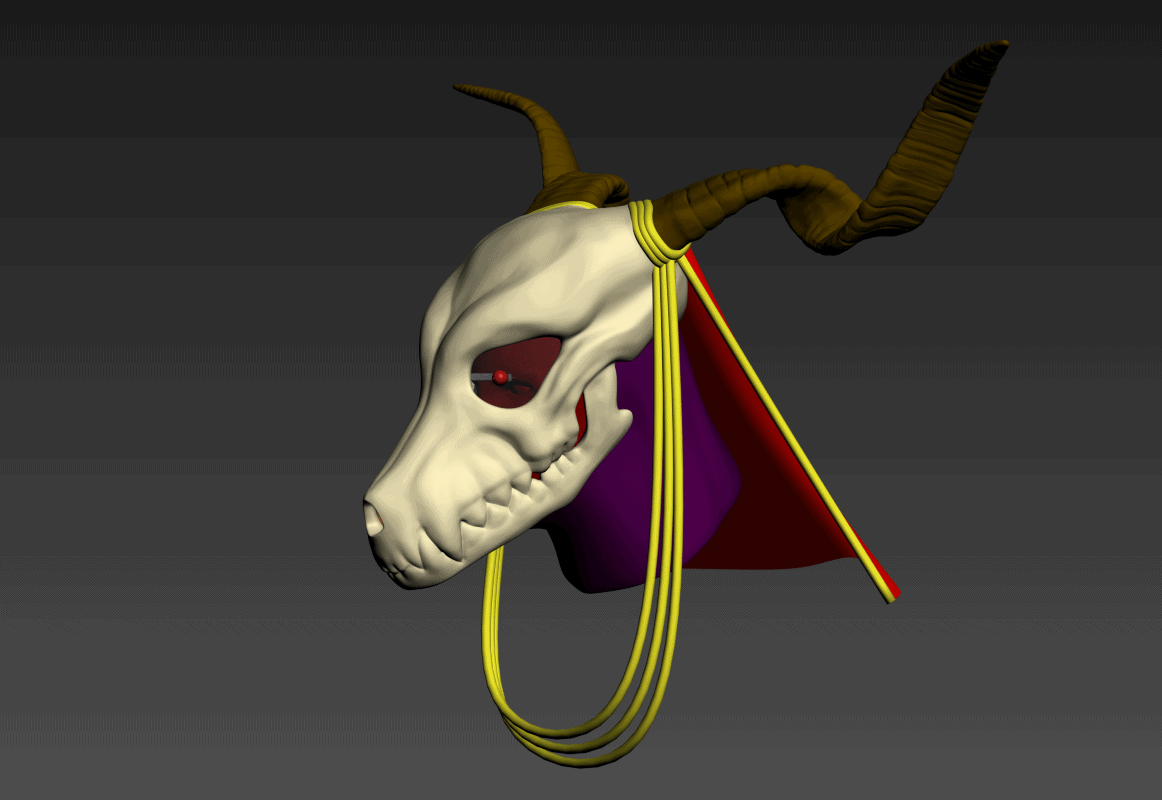 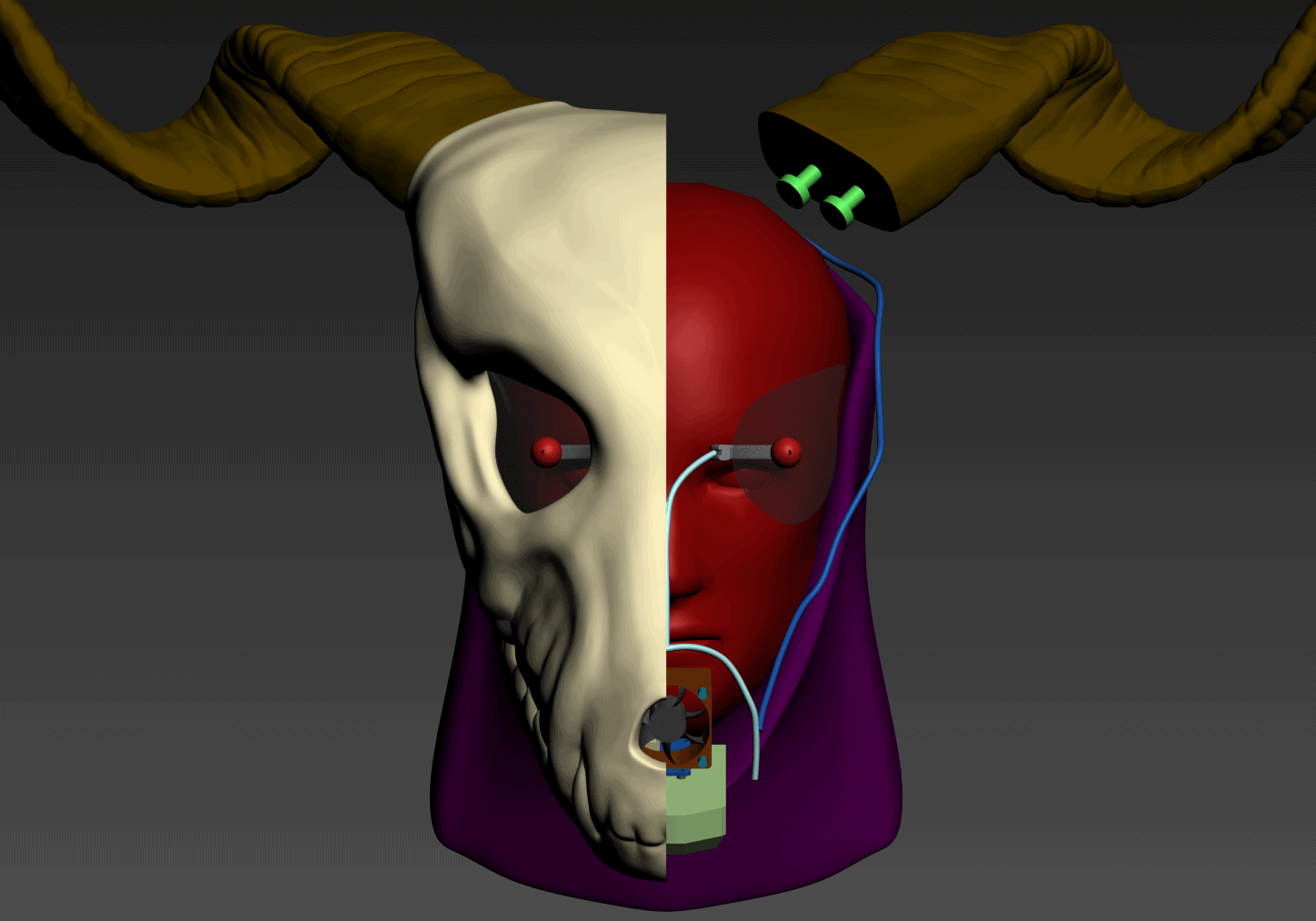 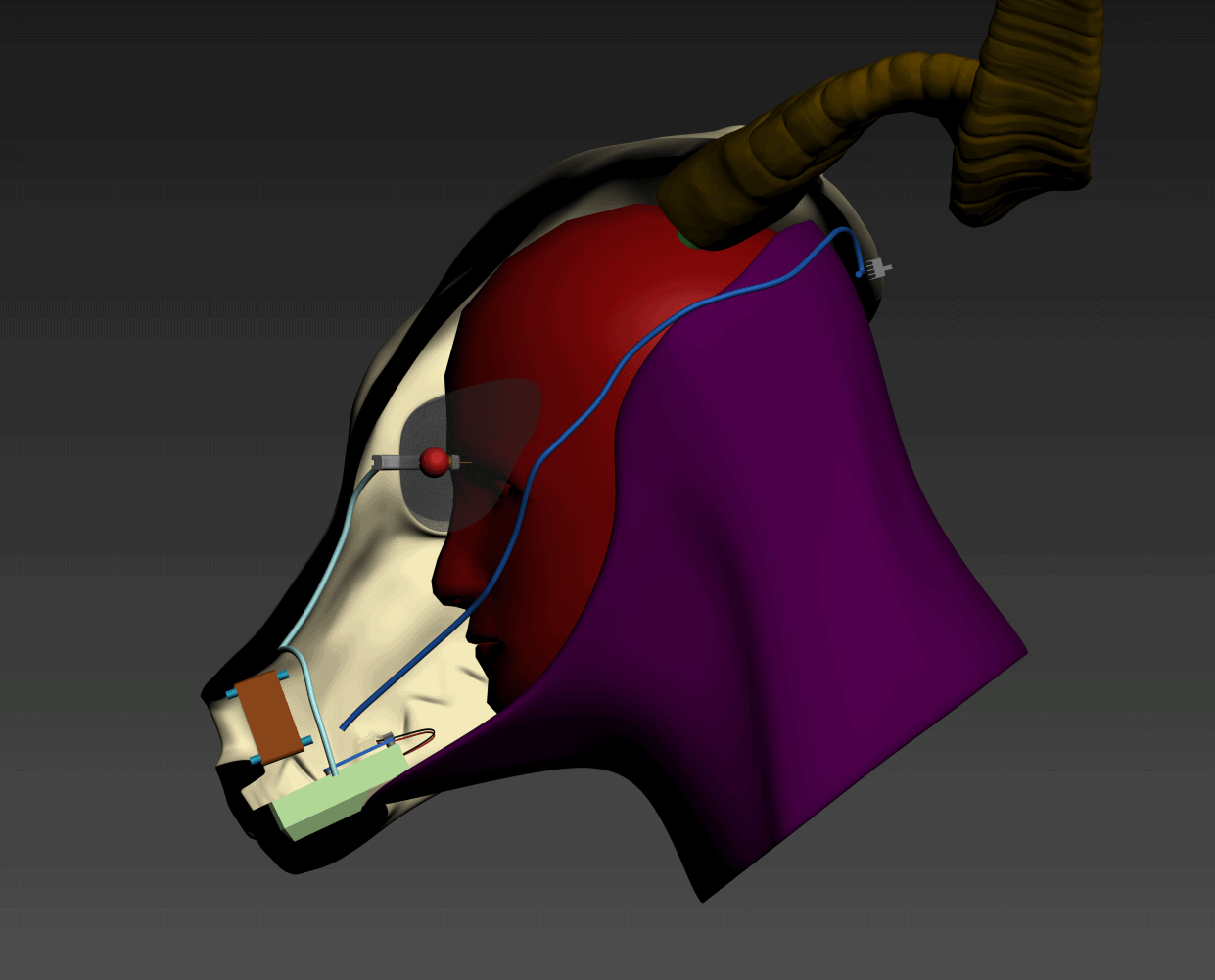 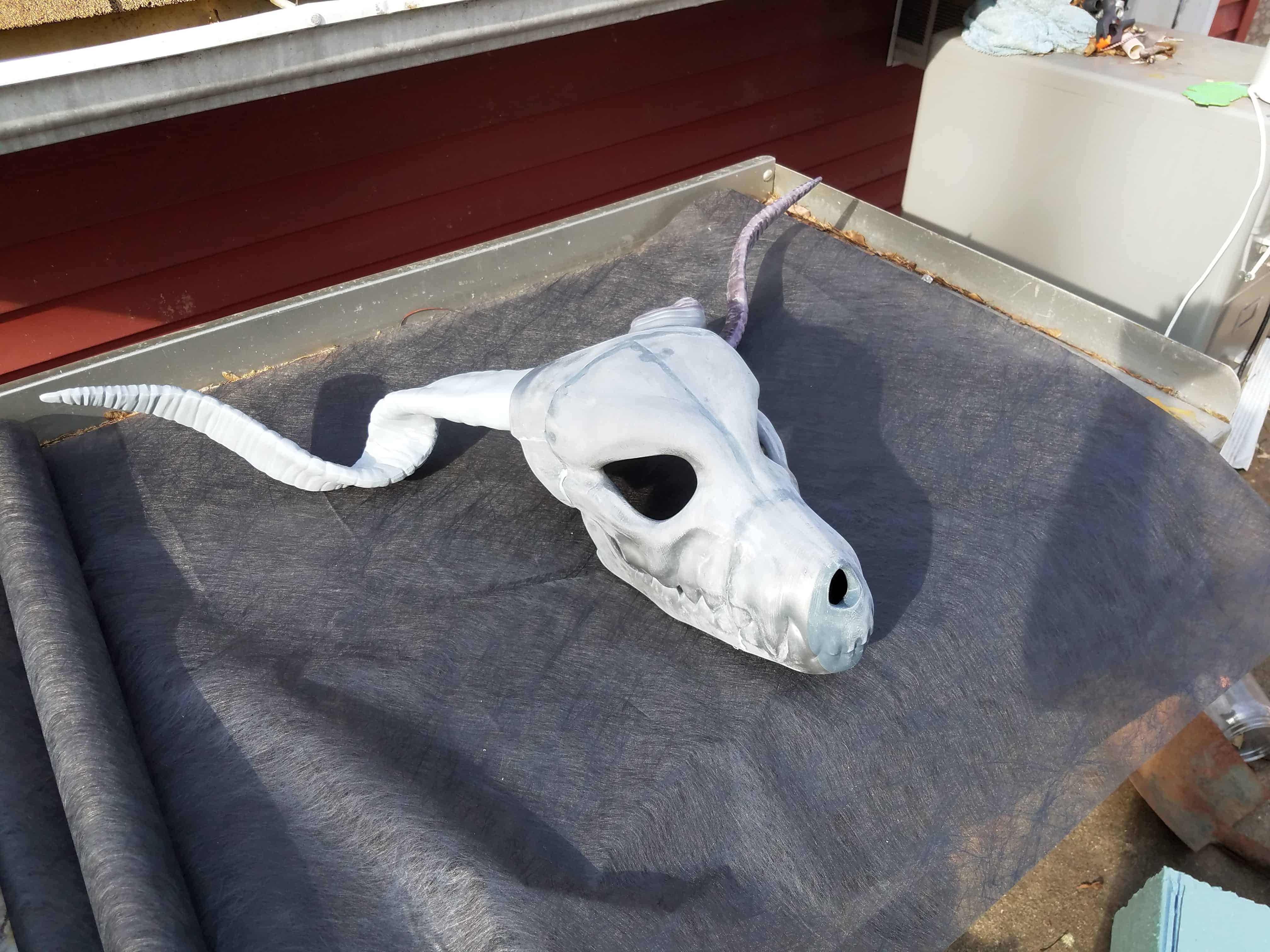 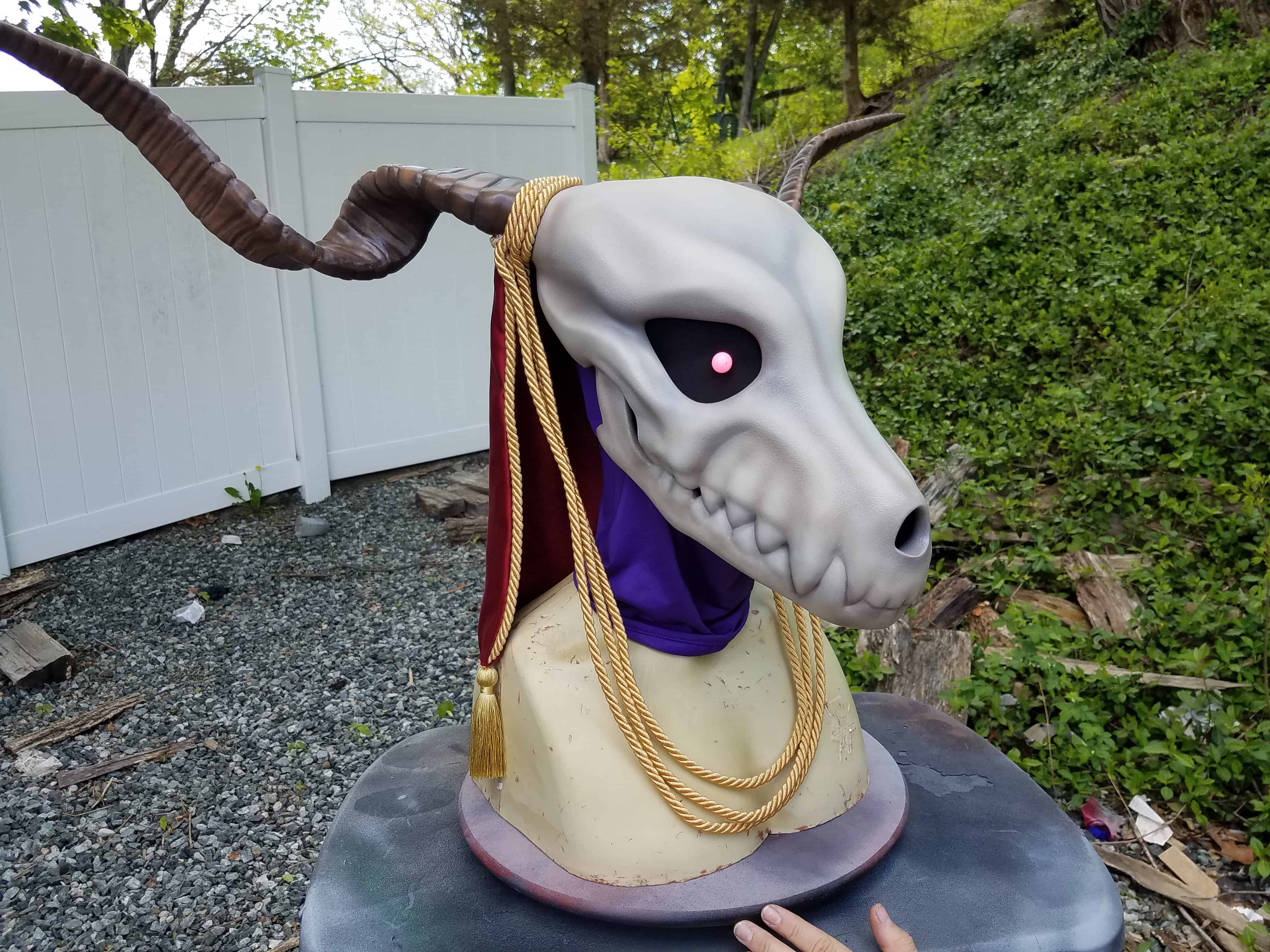 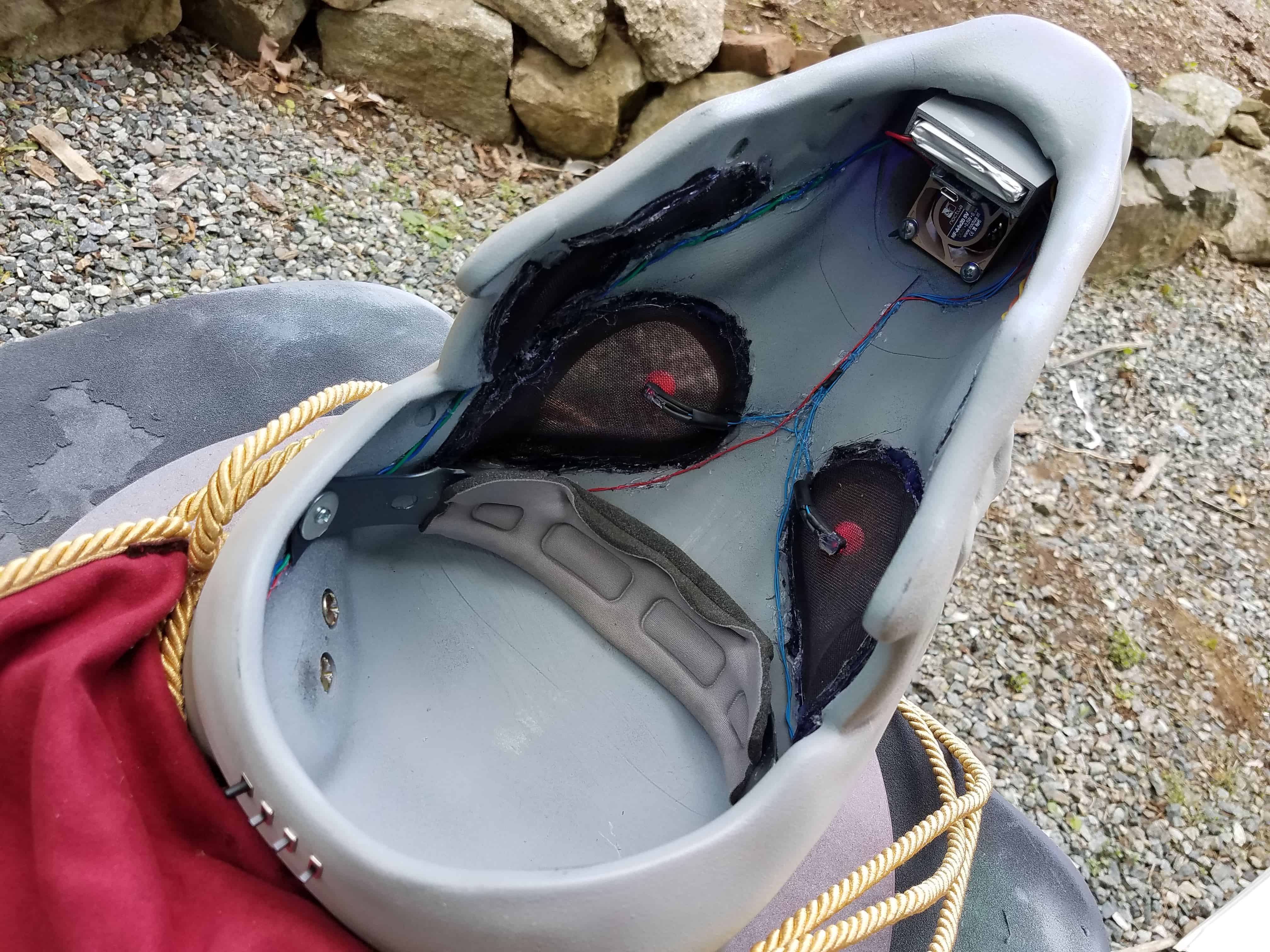 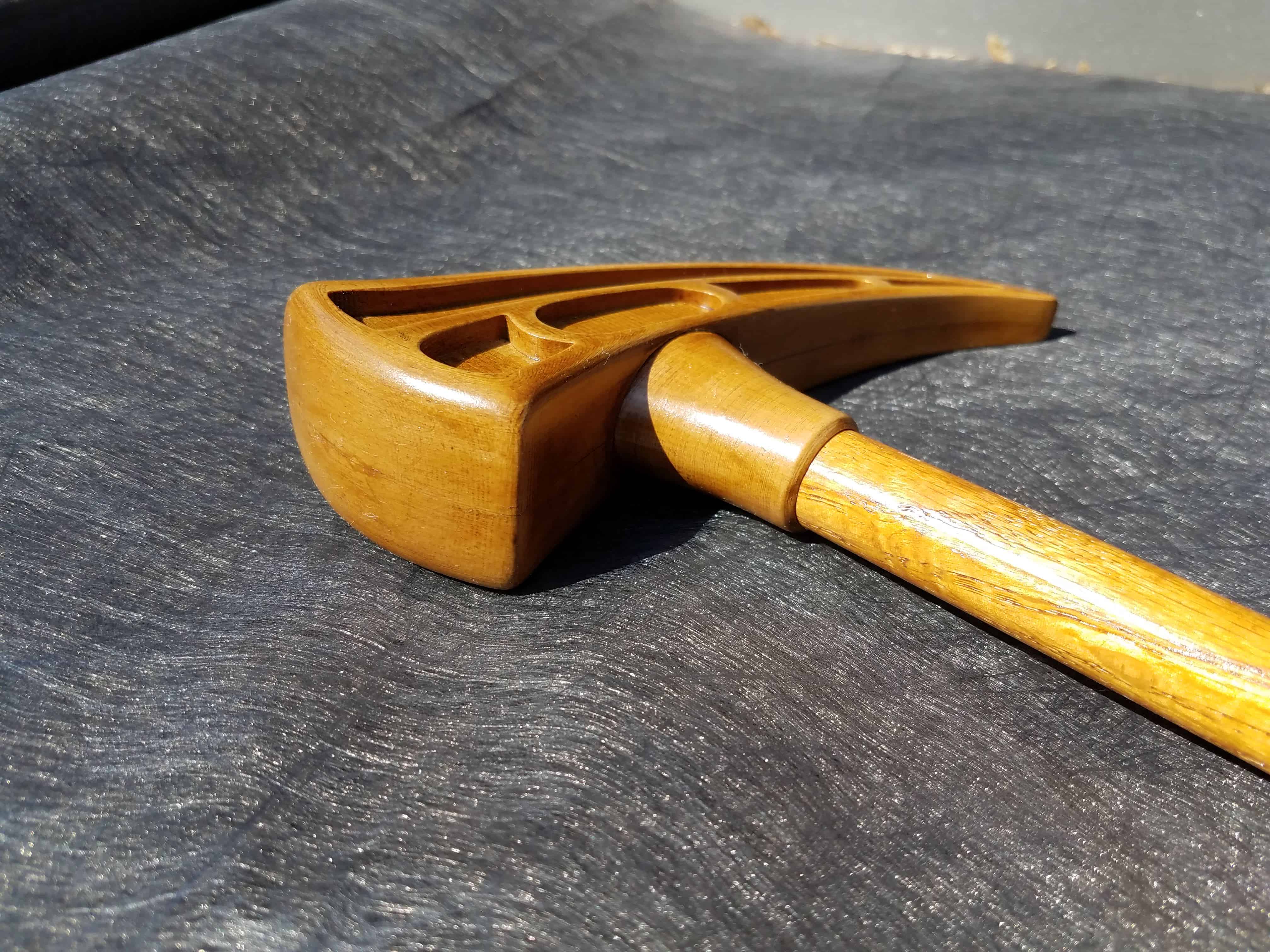 A commission project for a client to recreate the mask and cane of the character ‘Elias’ from an anime called The Ancient Magus Bride (or Mahō Tsukai no Yome).

The mask was 3D modeled with reference to various images from the anime for accurate scale and proportions. The horns were designed to be bolted onto the interior of the skull and were intended to be removable for shipping to the client. The total span of the horns from tip-to-tip when assembled was approximately 44 inches.

The mask incorporated a fan system built into the snout to keep the wearer comfortable. The mask also included light-up eyes to emulate the look of the character in the anime. The electronics were all controllable from switches on the back of the helmet, which controlled light intensity, fan speed, and optional eye blinking patterns. The entire suite was powered by a Lithium Polymer battery also embedded in the nose of the mask. All of these devices were taken into consideration during the design and modeling process, with necessary carve-outs for wiring or components.

The mask included a ratcheting head strap arrangement installed into the helmet for comfort and wearability. The red drape behind the head was sewn to fit.

For finishing work, I covered the skull portions of the mask in a truck bed liner paint to add a ‘bony’ surface texture that would be reasonably durable. I then airbrushed and painted the skull and horns. Black speaker fabric was installed over the eye holes, behind the LEDs, to help disguise the wearer while permitting good visibility out through the mask.

I also modelled the character’s bespoke cane, which was 3D printed in woodfill PLA. It was then sanded, stained, and sealed after being attached to an oak dowel.